For Canadian Matt Christie winning the Britannia Challenge Cup at Henley Royal Regatta was the culmination of a project 15 years in the making. Having lost his father in 2015, the victory was as much a homage to an incredible partnership between mother and son as it was to athletic achievement.

The penultimate race of the day at Henley produced the kind of “locals versus visitors” race that we all love. The final of the Britannia Challenge Cup for club coxed fours saw Molesey Boat Club come back from a length down to win by ½ a length over Mercantile Rowing Club, Australia.

The Molesley crew of Robbie Schofield, Jens Hullah, Kenny Gray, Matt Christie and cox Rebecca Harrisson had specifically targeted the Britannia all-season and victory could not have been sweeter. Ironically, Harrisson is a member of UTS Rowing Club and studied at the University of Sydney, coxing the women to their first victory in 7 years for the Australian Boat Race. She also coxed the Australian U23 W8+ at U23 WRChamps and at World Cup 3 in 2018. 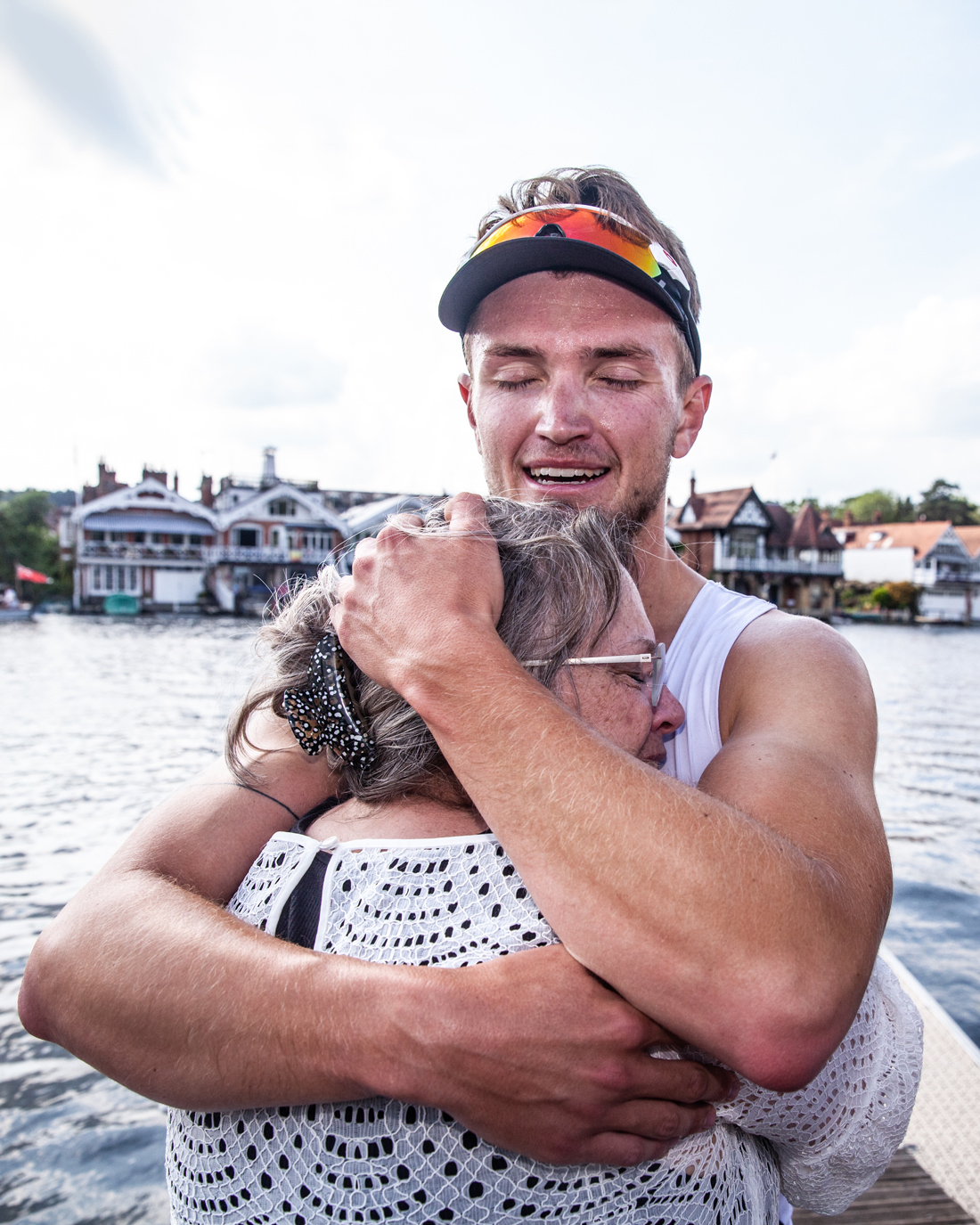 For stroke Matt Christie the Henley win on Sunday was the culmination of years of targeted effort. A Canadian, Christie, 25 learned to row at the age of 11yrs at Ottawa Rowing Club and winning at Henley has been his goal since the day he knew what Henley was. As a senior, he has rowed for both Western University & Queen’s University in Ontario and represented Canada at FISU and as a lightweight sculler at the 2013 U23 World Rowing Championships .

“During my studies at Western I was training with the Canadian national team as a lightweight but it was difficult to maintain the weight between 70/72kgs. It just got harder and harder on the body to stay that light so I figured like I was either gonna get increasingly hurt or just have to stop. I saw my best mate Kieran Tierney win the Prince Albert challenge cup with Edinburgh University in 2016 and he told me it was a beautiful city and that I could row there and maybe try for Henley.”

Christie moved to Edinburgh to row in 2017 and in his first year with EUBC he made it to Henley Saturday in the Visitors Challenge Cup. The following year he raced in the Prince Albert Challenge Cup once again with EUBC only to be eliminated on the Wednesday.

The decision to move to Edinburgh to row was a tough one for both Christie and his mother, Christina. Christie’s father had passed away from cancer in June 2015 and his mother was keen for her son to pursue his dream of a win at Henley and to find happiness in his athletic life. “It was massively financially demanding on mum and myself. She dug deep into her savings and with the pair of us scraping around we did what we could to try and make it happen.”

After a year with Edinburgh Christie then started a masters degree at the university. “The degree was financially very difficult but mum just muscled through and she made it happen – she said she would do whatever it takes and she did. Coming down to Molesey Boat Club and getting a part-time coaching job at a nearby school has been so helpful as I’ve been able to take the financial pressure off mum.” 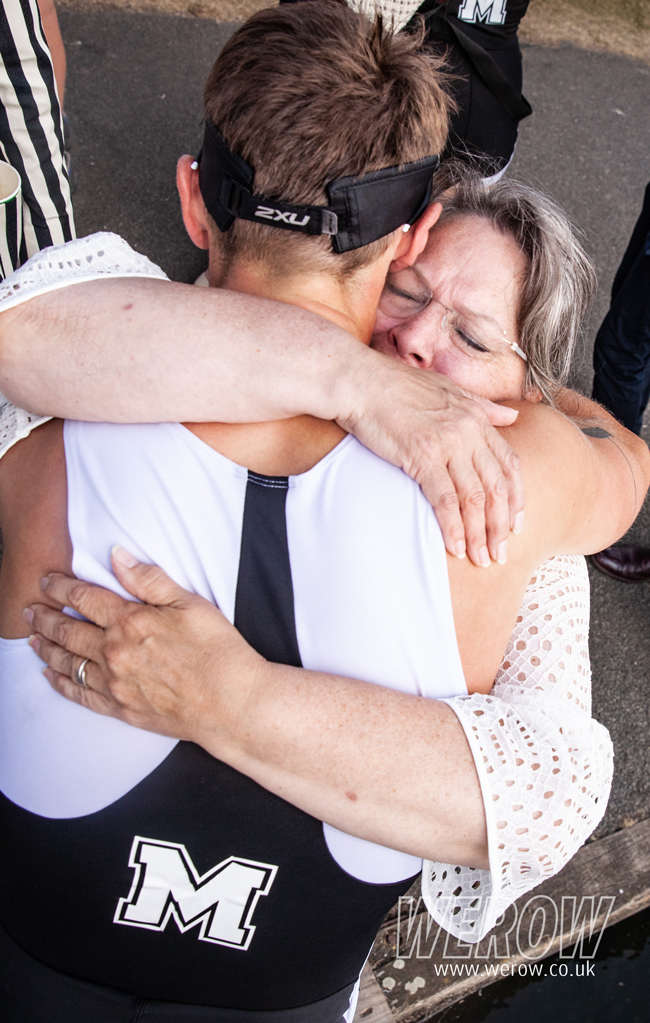 “This year, Henley with Molesey has been really amazing and what a savage crew! It’s been a long journey and coming off the water I had to find my mum right away. There’s no way at all I could have done any of this without her. She completely supported me in my choice to leave Canada and go to Edinburgh. I was in a very comfortable spot on the Canadian team and they were funding me but the battle with my weight was gruelling and I was miserable.”

“The Henley win is goal accomplished for both of us. I’ve been lucky enough to row for my country, I’ve competed at FISU twice and won the Head of the Charles. Now I’ve won at Henley there is nothing else I want to do which is scary as now I have to figure out what I want to do.” 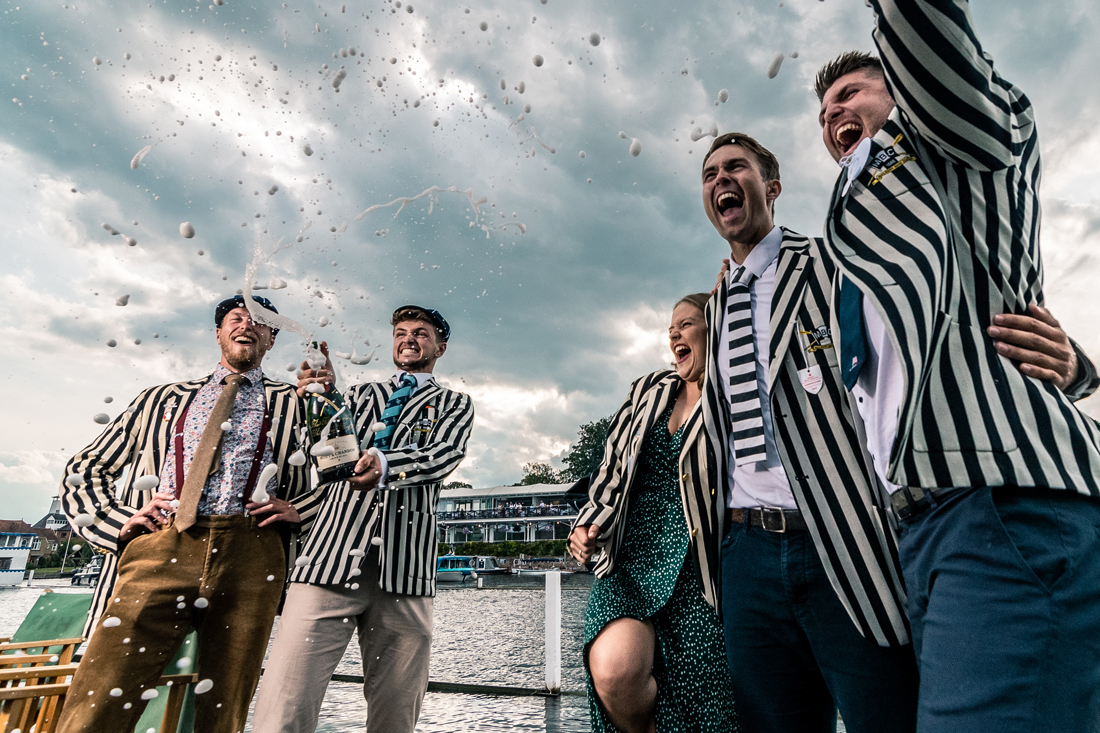 “I’ve put everything I had into rowing for the last 15 years so. I absolutely don’t regret it – rowing has given me my entire life, it’s taken me around the world, it’s given me university degrees, my best friends, relationships and connections to anything have all come through rowing.”

“My dad died at the end of my first degree and it hit Mum and I found it very, very hard. No one deserves that, no one needs to go through that sort of experience but illness can hit anyone at any time and bad things happen to good people. Mum and I have always been close but nothing brings you closer than something like that. She has just absolutely supported me without any question in all of my ridiculous endeavours, moving around the world and chasing dreams of sport and education.”

“We’ve absolutely tried to carry each other through a ridiculously difficult time. It’s just me and my mum and we spend as much time together as geography and finances will allow. This Henley win is for her, our partnership but most of all for Dad. I’m heading back to Canada now to spend time with her and work out a plan for the future!”