Henley Royal Regatta has made a licensing application to the Public Protection Partnership to run from Tuesday to Sunday from 2020 in order to accommodate more races for female rowers and crews. It says the extra day would also allow it to leave longer gaps between races and reduce congestion in the racing programme.

Henley Women’s Regatta chairwoman Miriam Luke, who has written in support of the application, must have found herself in somewhat of a double bind. Promoting more women’s events at the likely long-term expense of Henley Women’s Regatta. Henley currently attracts around 2,800 athletes in 23 events with three new events for women added in 2017, taking the total to seven.

Annamarie Phelps, a steward for Henley Royal Regatta, told the Henley Standard, “With the significant growth of female rowing in the UK and internationally in recent years, there is now a more even balance between men and women taking part in the sport. As a globally recognised event at the pinnacle of rowing, Henley Royal Regatta is committed to greater inclusion and to introduce more opportunities for women to participate at the regatta.” 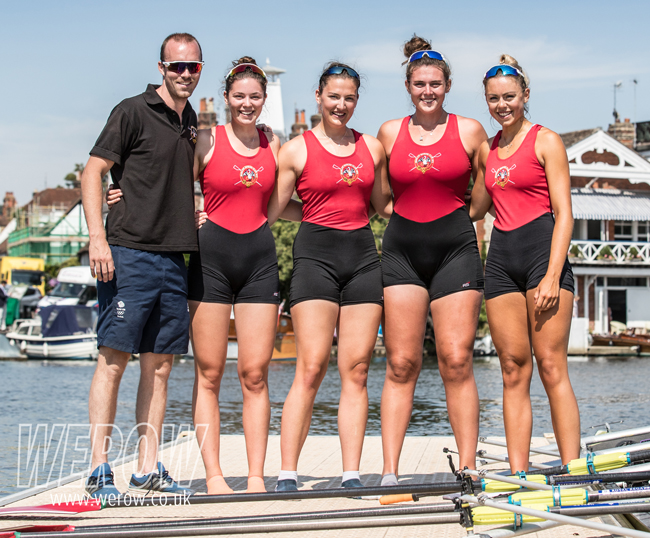 The application from the regatta says “Over the years, the regatta has become more and more popular and the regatta wishes to be able to build in greater space between races, along with integrating more women/junior women crews/Competitiors. The significant benefit that would be achieved by the extension of this prestigious rowing event — namely allowing for more women’s racing to start to be integrated into the regatta — is unquestionable and indeed any objection to the principle that taking steps to start to address gender imbalance at the event would be inherently wrong.”

The regatta says it has received “significant” support from Henley Women’s Regatta, British Rowing, Rowing Australia, international stewards, the head women’s coach for the US Olympic team, the National Schools’ Regatta and Henley Rowing Club. Locals are not so keen citing the public cost of policing, traffic management and the inconvenience caused to local residents – you can read further reaction here on the Henley Standard website.

Luke said she supported the inclusion of more women’s and girls’ events.  “Henley Women’s Regatta was originally set up over 30 years ago to enable women to compete over the iconic Henley rowing course since no events were then offered at the royal regatta. Gradually, women’s events have started to be included and now Henley Royal Regatta offers the full spectrum of events for championship and international standard crews. This enables only a very few women to compete at Henley Royal Regatta. However, the majority of national level women at UK clubs, universities and schools do not have this opportunity.

“Henley Women’s Regatta, therefore, supports the addition of more women’s and girl’s events into Henley Royal Regatta so that they have the same opportunity to race at the pinnacle event for rowing in the UK as the men and boys at their club, university and school.”