Lesleh Anderson Wright is no stranger to the Head of the Charles but it is a notoriously difficult course to steer. The course comprises three miles of winding river with 6 bridges, two 90-degree bends and a tough 180-degree bend which finishes with Elliot Bridge before heading into a sharp right-hander. Added to this you may have to pass slower crews in front, the potential hazard of crews headed to the start and a route lined with knowledgeable supporters. It’s a very public coxing challenge. 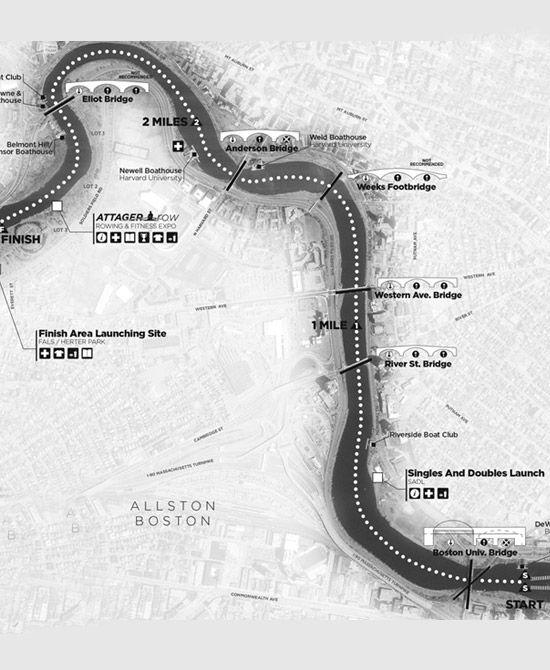 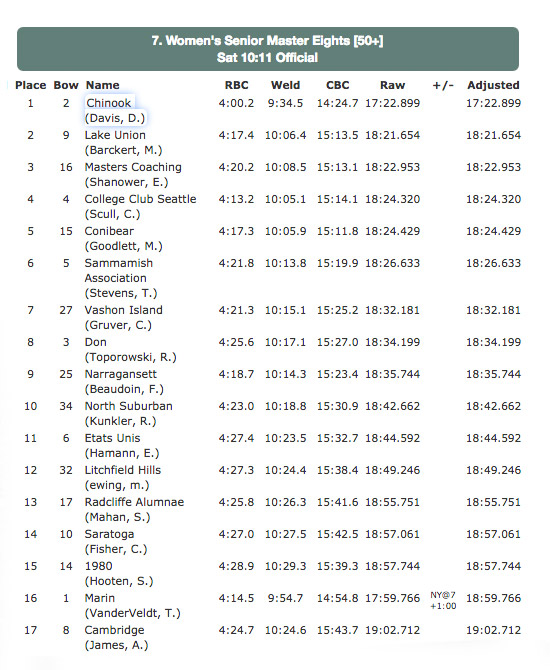 Chinook Performance Racing is a new club formed in 2015 by former Canadian Olympic coxswain Lesleh Anderson Wright, Debs Davis a doctor at the University of Maryland Shore Medical Center, marketing professional Nancy Dynan and artist Merida Scully. Chinook is a team for elite female rowers from all over the USA, women who train on their own and come together to compete nationally and internationally. In their first two years, they have flourished with numerous national and international wins.

The Chinook Performance Racing Women’s Masters crew, with bow number 2,  had an outstanding race at HOCR53 this year and set a new record time. However, they were held up approaching Weeks Bridge by Marin Rowing Association crew, bow-number 1, who started in front of Chinook. Chinook and Marin are constant rivals and in their first season, Chinook beat Marin by 84 one-hundredths of a second over 2,000m at the San Diego Crew Classic.

The Chinook cox, Lesleh Anderson Wright, made calls to the Marin crew who wouldn’t cede the way ahead of Weeks bridge. Very calmly Anderson Wright takes control and gets the crew to pause to avoid a scrap under the arch and then pushes on after clearing the arch of the bridge on the tightest of lines. That calm pause secured the win. A less experienced cox might have continued to hound Marin in a road-rage bullying tactic and lost the race in an accident or by distracting crew attention onto the action outside of the boat.

Marin received a 60-second penalty for holding up and were beaten by 37 seconds by Chinook. Chinook Performance racing Senior Masters crew set a new course record of 17:22:899, a full 60 seconds ahead of the rest of the field.

Want to learn more about coxing?

Interested in a coxing clinic on the Tideway? Join Olympic silver medalist and European Champion cox, Zoe De Toledo on March 9th for an evening presentation in Putney. The evening will focus on racing on the Tideway and will be essential for anyone coxing a crew for the first time on the Tideway or those just wanting a refresher. Details to follow but you can register your interest by email and why not check out her website Chattercox. 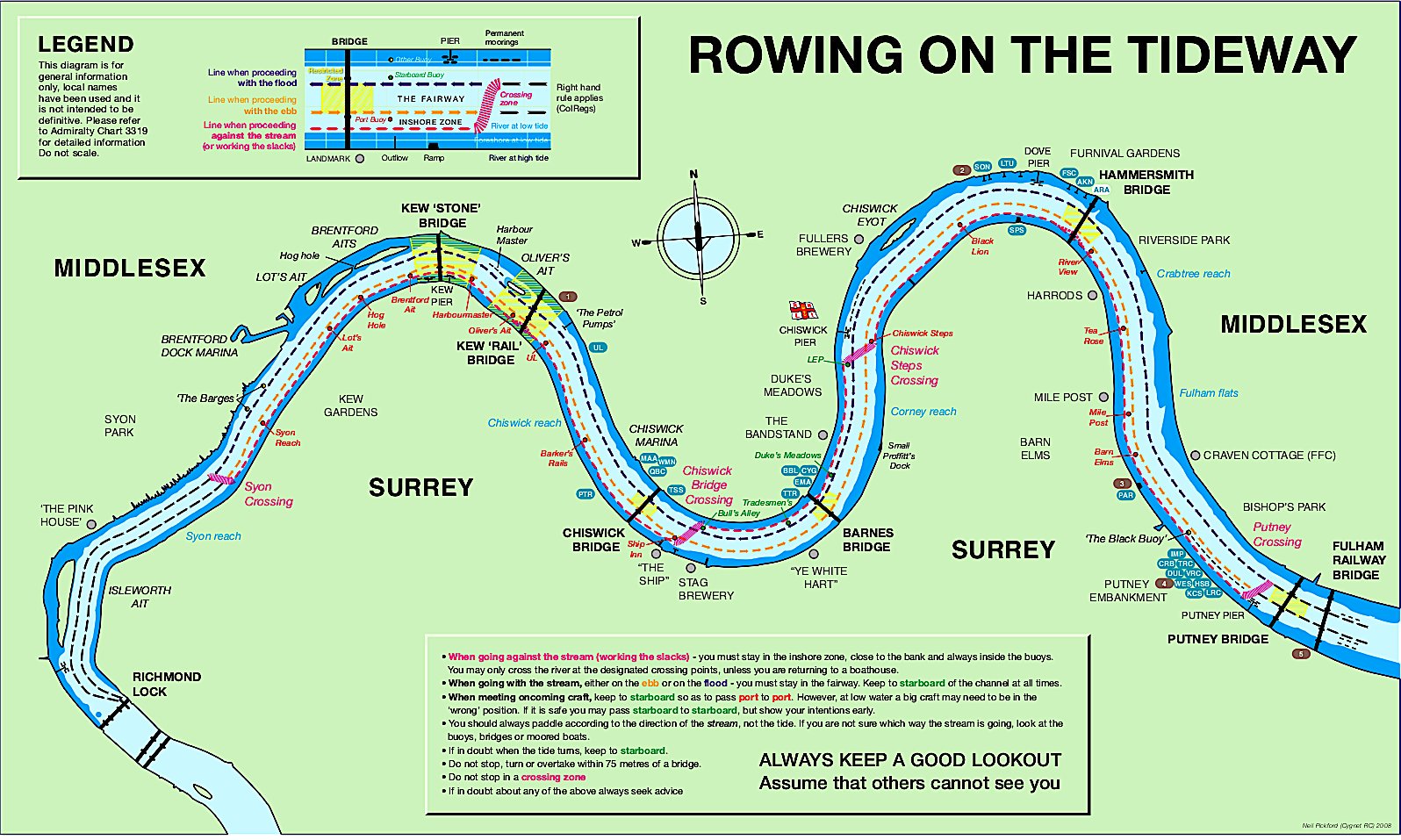