Just prior to the World Rowing U23 Championships (WHU23Champs) TVNZ, an online news and entertainment website based in New Zealand ran a feature on Rowing New Zealand’s (RNZ) hard-line attitude to young rowers choosing to attend US universities. RNZ high-performance director Alan Cotter says they have to be fair to the athletes in New Zealand who have committed to the domestic selection pathway.

Of the men who represented New Zealand in the 2016 World Rowing Junior Championships, 70% are no longer rowing for their country according to TVNZ research. This they found was due to the pressure RNZ is apparently putting on athletes to persuade them to stay at home to study if they want to be considered for the national team. 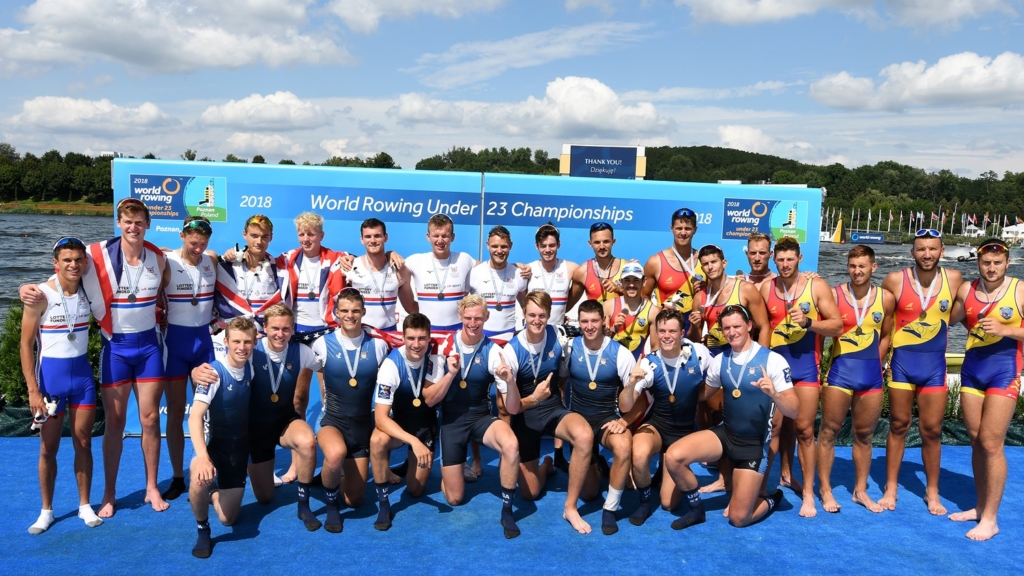 Lenny Jenkins, who is a native of New Zealand, is studying and rowing at Yale. Jenkins was JM2x world champion for NZL together with fellow Yale oarsman, Jack Lopas. When Jenkins was invited to attend the Ivy League university he says it was the hardest decision of his life- row for New Zealand or accept a university place worth an estimated $500,000.

“I was 17 at the time and I was choosing between a dream that I’d had since I was 14 and one of the best universities in the world,” he told TVNZ. Under current Rowing NZ rules, choosing Yale meant he could no longer row for his country.

Jenkins told TVNZ he was bullied to stay. “I would absolutely describe it as a scare tactic. There’s no, ‘this is the positives of going to the United States, these are the negatives,’ – it’s just like, ‘these are all the negatives, you should never go, it’s not good enough, do not go’.”

Jenkins had the advantage of British heritage and recently competed at WRU23Champs in the GBR M8+ as a member of Leander, earning a silver medal for his hard work.

The WRU23Champs illustrated just what a market the US universities have generated in funding overseas talent. Of the five athletes from the Yale roster that competed in Poznan, four were overseas students:-

Daniel Hunter Williamson – a native of New Zealand who has represented NZL as a junior in 2017 winning a silver in the JM4- and in 2018 winning a bronze medal in the U23 M4-.

Lenny Jenkins – in addition to representing GB this year winning silver in the U23 M8+ Jenkins represented New Zealand in 2015 coming 4th in the JM4x and in 2016 in the JM2x winning gold.

Looking at the overall Yale roster of 45 athletes, 10 are British, 13 are from other non-US territories and just 22 are from the USA.

As for the situation in New Zealand, RNZ says it’s hard to beat the programme at Lake Karapiro but that the American universities make a good sales pitch. “There were about 11 different university scouts out here looking at them so they are pretty aggressive in their recruiting side,” Cotter told TVNZ.

Perhaps in an attempt to stem the flow of athletes from New Zealand, school age coaches told TVNZ that Rowing New Zealand had made it clear to them that if they were found to be helping American scouts it would affect their chances of coaching nationally. RNZ says they’re focused on helping athletes make informed decisions.