Skip to content
Why British Rowing gets a bad rap

Why British Rowing gets a bad rap

Following an accident sustained whilst on a British Rowing course in June I have had to walk away from rowing and WEROW, at least for the time being. A simple capsize drill in a swimming pool rendered me with an irreparably damaged cochlea. I am left with permanent hearing loss, excruciating tinnitus and severe mental health challenges.

After three years of building WEROW I wanted to re-orientate my efforts into community rowing for the 10 state schools in Reading. I found a location and put together the outline of a partnership between Fulham Reach and Reading School. In anticipation, I obtained my powerboat licence and enrolled on a British Rowing coaching course.

Things did not get off to a great start when during a capsize drill in a swimming pool I suffered a freak accident. During the last of three capsizes I was required to undertake I felt a searing pain in the right side of my head and nose as my head entered the water sideways at speed. I thought nothing of it until the next morning when I awoke to a loud ringing in my right ear and partial deafness. I was quickly evaluated by my local hospital and they determined that I had damaged my cochlea resulting in 80% hearing loss and would be left with untreatable tinnitus. 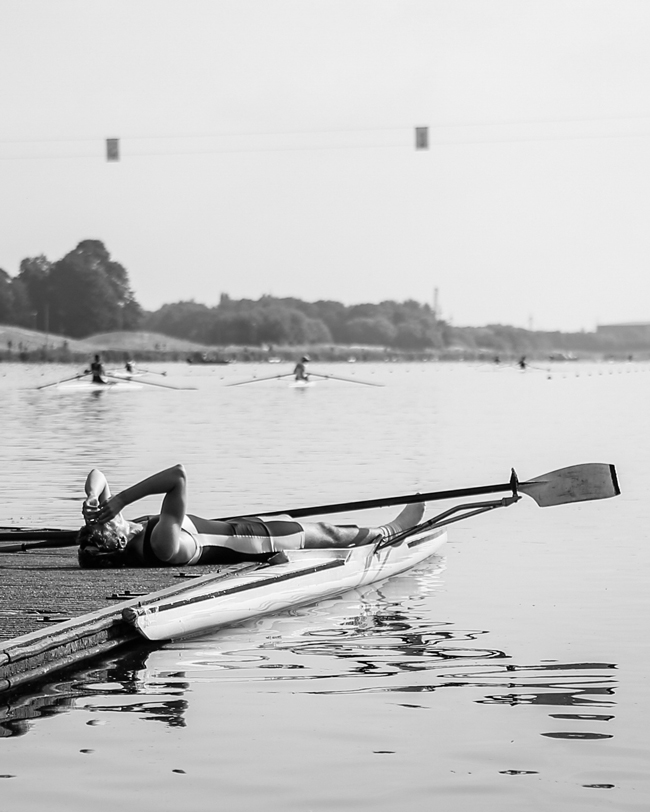 I walked into the hospital sure that there was something that could be done and walked out utterly devoid of hope. Tinnitus takes many forms but there is no cure, no running away from it and no getting even with it, just acceptance.

The tinnitus triggered my anxiety and depression for which I had been hospitalised in the past. In the absence of any relief, tinnitus nearly caused me to relapse after 19 years of continuous sobriety. I wake in the night drenched in sweat from a tinnitus spike and of course, there is rarely any peace. I can’t listen to loud music so my love of heavy metal and loud trance music has had to be shelved. I can no longer weightlift, tolerate extreme cold or heat nor can I do the long runs I was used to as they trigger my central nervous system and cause a debilitating spike.

I interacted with British Rowing safety officials copying the CEO and Chairman in the weeks following the accident. They could not have been less helpful or sympathetic other than quoting the rules at me and asking if I had a pre-existing condition.

I wrote to the Honorary Safety Advisor at British Rowing suggesting that when demonstrating or practising a capsize drill people should be advised to wear simple foam earplugs. His response in July was “I have also discussed your recommendation of the compulsory use of hearing protection (earplugs) by people doing the capsize drill with out (sic – our)  Honorary Medical Adviser. His advice was that they would not be helpful.”

The simplest things change lives dramatically. WEROW followed the story of Irish 12-year-old Amy Mulcahy whose ponytail got caught in her riggers when she capsized. Amy suffered cardiac arrest and severe brain damage. I think we can agree, it would be reasonable for coaches to at least suggest to their crews that ponytails be put up in a bun.

After promises of further investigations followed by silence at the end of July British Rowing ghosted us. Dealing with the aftermath of the accident was too stressful as it spiked my tinnitus. My wife took over liaising with British Rowing and wrote twice to the Chairman and CEO. To date, she has received no response.

I am keen to at least prevent others from suffering the same lifelong fate. If you think about it, falling sideways at accelerating speed with an open ear into water is an accident waiting to happen. There is no other situation I can think of where you head meets the water side on. If someone asks you to do this, please wear ear protection or at least recognise you are taking a risk that will dramatically alter the course of your life

My recovery has involved a lot of patience from my wife but mainly acceptance from me. I have been under the care of an amazing and forward-thinking psychiatrist. After six months and many false starts I found a medication that doesn’t aggravate the tinnitus and works to subdue my reaction to it. I have been engaged in EMDR, holotropic breathwork, meditation and dance therapy, all of which have built up resilience whilst emptying our bank account.

I rowed for Great Britain, created WEROW, created an images platform to enable rowing photographers to montise their work, attended every press event to which I have been invited in support of British Rowing (quite often the only press to attend), I have been in a mismanaged loss-making commercial partnership with British Rowing, I designed, patented and manufactured a stainless steel rigger jigger and over three years have endeavoured to showcase their athletes with photography and journalism. I always used to wonder why British Rowing got a bad rap. Now I know.

WEROW is available for sale – get in touch if you are interested.

British Rowing have responded to this article with a tweet from Chairman, Mark Davies. Davies makes a number of assertions which need to be weighed against the facts above. He also states that British Rowing has run 1,200 individual capsize trainings and this is the only accident reported. On this basis they are not prepared to warn people of the dangers of entering the water at speed with an open ear.

We have been overwhelmed with messages of support so thank you! We are also aghast at the number of rowers who have shared their current and historical dealings with British Rowing with us. We will respond as soon as we can get through them all.

For @britishrowing members who have seen WeRow today and are concerned about our response to the situation they have read about, I have recorded a short message to explain why despite having huge sympathy with Angus, we see the position he outlines differently. pic.twitter.com/IfxCJ2uIag