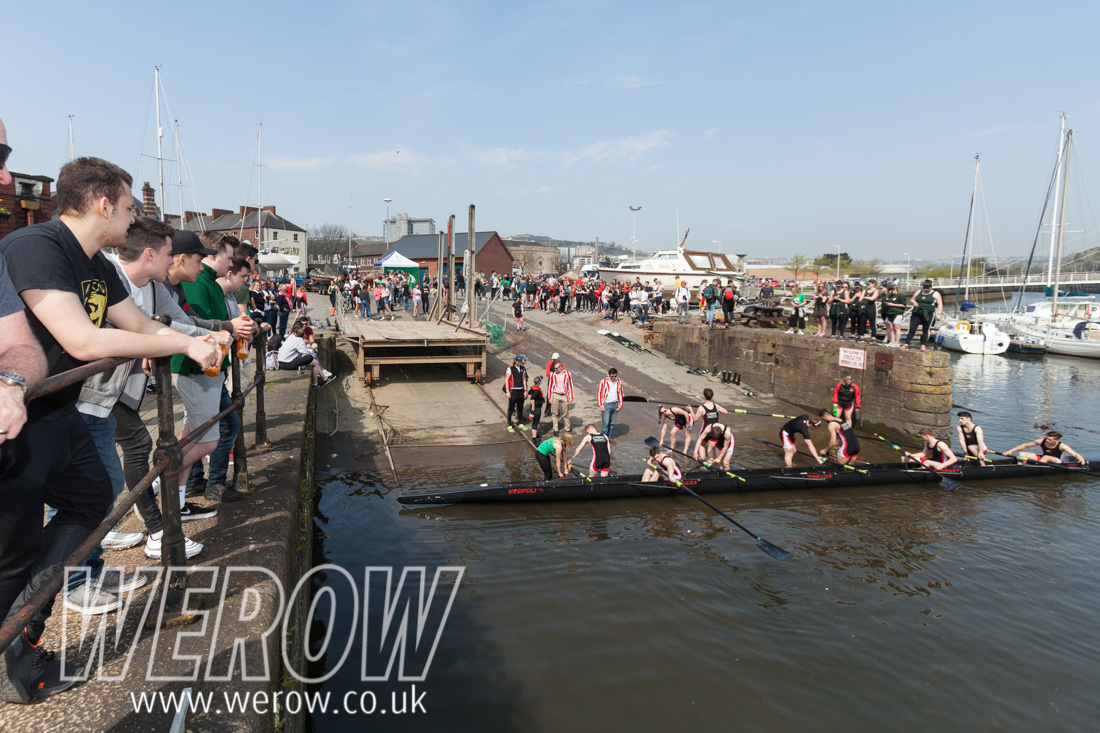 The Welsh Boat Race, the annual rowing fixture between Swansea and Cardiff Universities, was blessed with clear blue skies and large crowds in Swansea Marina yesterday. Five races between novices, seniors and mixed alumni were raced down a 1,600m course on the River Tawe.  The event is hosted on alternate years by each club and forms part of the Welsh Varsity, a week-long festival of sport between the two universities, culminating in a rugby match at Swansea’s Liberty Stadium on Wednesday.

Swansea University Rowing Club exists with very little funding or facilities with un-paid student coach, Steve House at the helm. The club racks it’s aged boats on derelict land behind the Sainsbury’s and uses the toilet facilities in Swansea sailing Club. Notwithstanding this, the squads are as keen and train as hard as any and the annual Welsh Boat Race is an opportunity to take on their rivals from Cardiff under the guidance of Welsh Rowing.

The Cardiff novice women took the first win of the day for the 12th time in 13 contests. However, the Swansea novice men were able to exact revenge when the Cardiff crew took a tight line on an inside bend and pushed themselves onto the bank. Despite a brave and keen fight-back, the damage was done and Swansea took victory for only the third time in this class.

After a mixed alumni race won by Cardiff, it was the turn of the senior women. Cardiff went into the race having won all 12 of the previous contests. Swansea went off the start in top gear and took 3 lengths within 750m. Despite having the advantage of the final bend, Swansea looked to blow up as the Cardiff women, who had stoically hung on in Swansea’s wash, came through to win by three lengths. For Cardiff stroke, Georgie Haynes, sister to Alex Haynes who won the Prince Albert Challenge Cup with Newcastle University at Henley last year, this was a fourth Welsh Boat Race win. 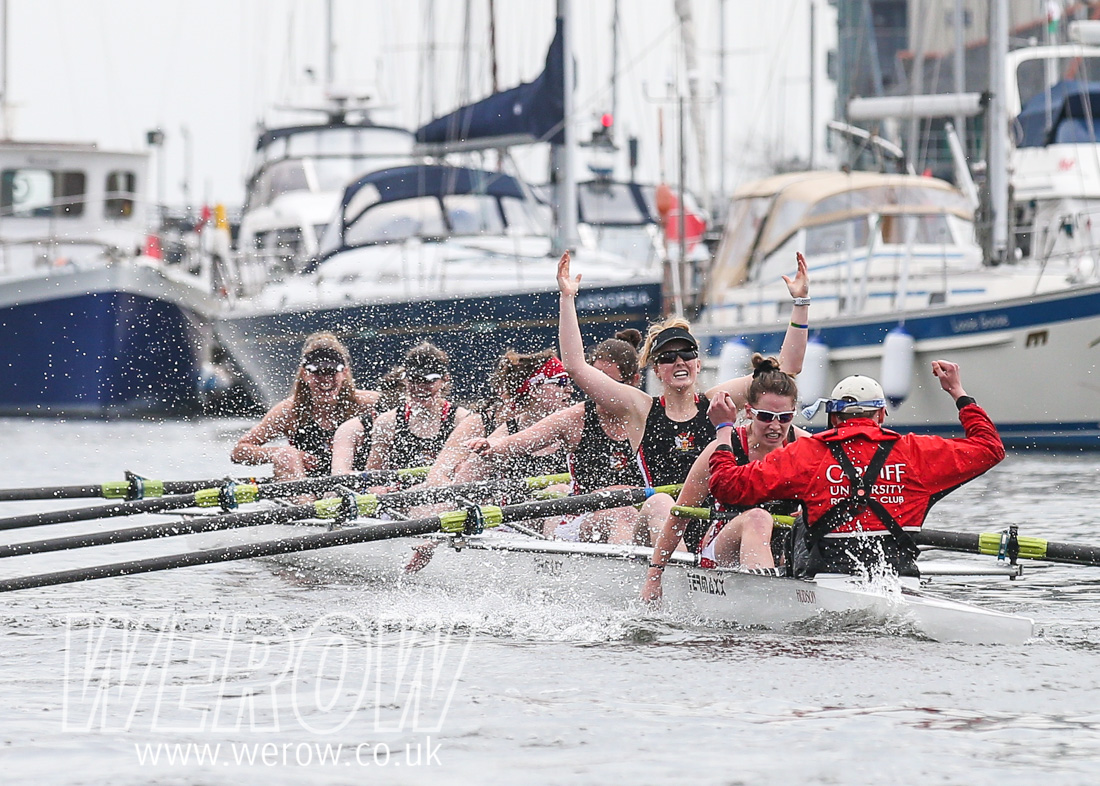 The senior men’s race was less eventful with Swansea stealing a lead off the start which they extended down the course, to cross the line with a verdict of easily. Swansea has now won the senior men’s event 7 times to Cardiff’s 6.

Medals were presented by the Chief Umpire, Stephen Poole who has officiated at all 13 runnings of the Welsh Boat Race. He was assisted by Sian Rees and Dawn Brace of Welsh Rowing. The event was largely organised by Swansea’s Steve House who will now be lying in a darkened room before he starts the club’s preparation for BUCS on May 5.