USRowing has announced the opening of a National Team Training Center in Oakland, Calif., as well as the hiring of Mike Teti as the U.S. National Team Men’s Head Coach, effective June of 2018.

USRowing will be adding a National Team Training Center in Oakland through a generous partnership with The Rogers Family Foundation, California Rowing Club and the University of California. USTC-Oakland will operate out of the T. Gary Rogers Rowing Center and will serve as the primary training base for the men’s senior national team.

“USRowing is excited to open a training centre on the West Coast,” said Matt Imes, USRowing High-Performance Director. “The University of California and the Rogers family have been extremely supportive of this project and great partners in making this opportunity happen. The Bay Area community will be able to support our athletes in the same comprehensive manner as the Princeton community. We look forward to this partnership growing in the future.”

The women’s team will continue to train out of the Shea Rowing Center at Princeton University and the Caspersen Rowing Center at the Princeton National Rowing Association, extending the long-standing, East Coast partnership that began in the 1990s.

“USRowing is fortunate to have such supportive partners in both Princeton University and PNRA,” said USRowing Board Chair Marcia Hooper. “Their unwavering support of our national teams has been an important pillar of the teams’ success.”

After a successful return to coaching the U.S. men’s team during the summer of 2017, Teti will be brought on as the men’s head coach this coming June, looking to build upon the silver-medal performance by the men’s eight at the recent world championships in Sarasota, Fla. 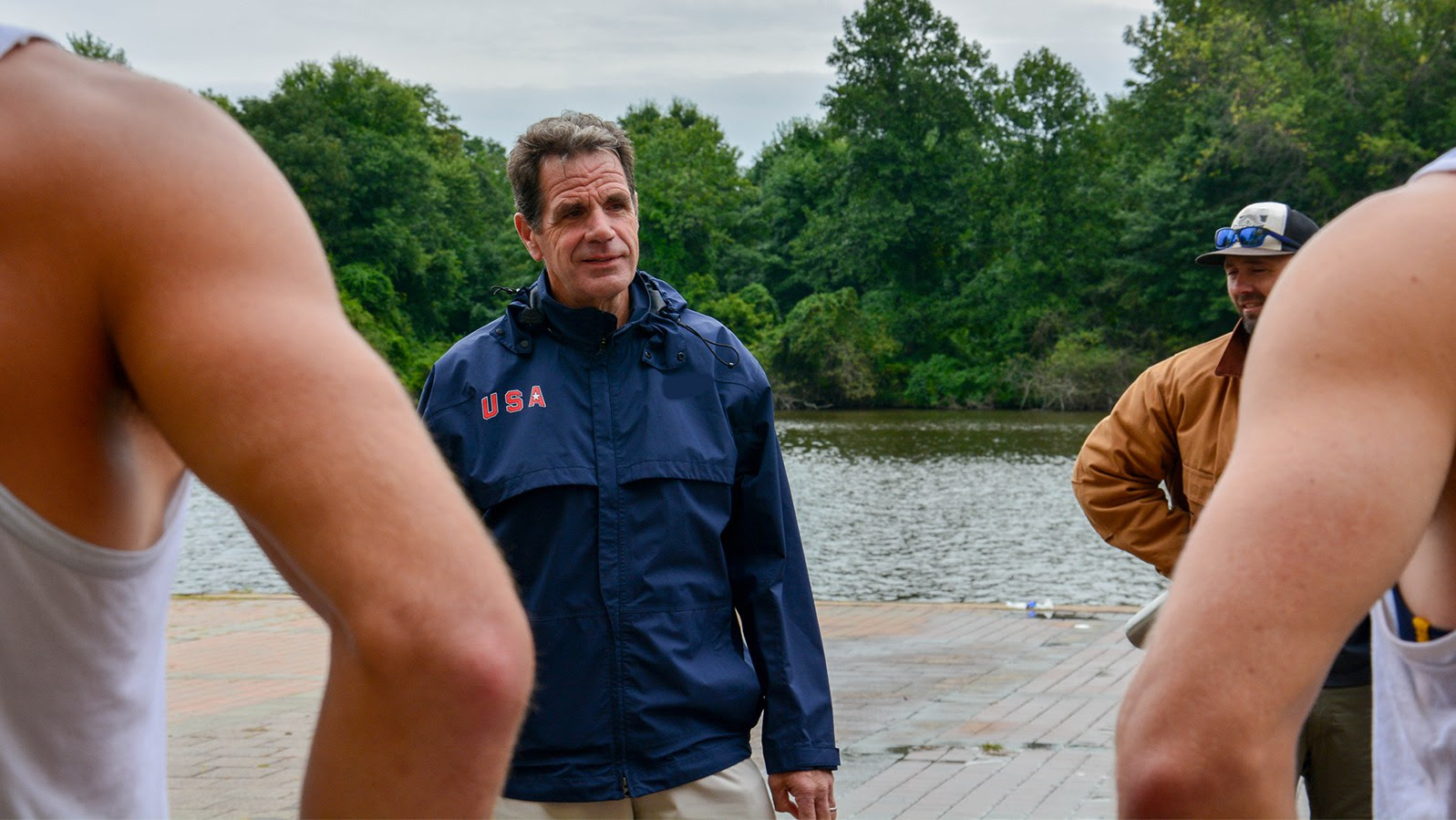 “Over the last 20-plus years, Mike Teti has proven himself to be one of the top coaches in the world, leading the U.S. men’s team to 29 world and Olympic medals including Olympic gold in Athens,” said USRowing CEO Patrick McNerney. “We are thrilled to have Mike return as the U.S. National Team Men’s Head Coach, and we look forward to building upon that success as we head towards the 2020 Olympics in Tokyo.”

“I am truly thankful to USRowing and the Rogers Family Foundation for making it possible for the U.S. men’s rowing team to come to Oakland,” Teti said. “I look forward to working with the athletes, club and collegiate coaches in a collaborative effort that we started last summer in Princeton. I am excited to begin as we build towards the Olympic Games in Tokyo and beyond.”

Born in Upper Darby, Pa., Teti was first named U.S. men’s head coach after the 1996 Olympic Games, where he coached the lightweight men’s four to a bronze medal. He is the only men’s eight coach in U.S. history to win three consecutive world championship titles (1997-99).

At the 2000 Olympics, all of Teti’s sweep boats qualified for the finals, with the men’s pair winning silver. Four years later, Teti directed the men’s eight to a world best time in its heat and a gold medal in the final in Athens, marking the first time the United States captured the Olympic title since 1964. He coached the men’s eight to a bronze medal at the 2008 Olympics in Beijing, before joining the coaching staff at the University of California. In total, U.S. National Team crews have produced 29 medals under Teti’s guidance.