In December 2014 that there was still some confusion over the siting of the Olympic rowing course. It was originally proposed that the Naganuma rowing course in Tome, 400km from Tokyo would be used. However, there were concerns about the venue’s isolation from the main event which would mean that athletes would be unable to stay in the Olympic Village. In addition, FISA said that whilst Naganuma would meet “sport-specific requirements” for an Olympic rowing venue, general infrastructure in that area did not meet the necessary standards. 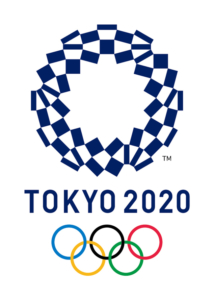 The Japanese bid plan cited another purpose-built venue in Tokyo called Sea Forest Waterway, but this was their second choice in an era of Olympic cost-cutting.  In 2014 it was estimated that construction costs would be £50m plus £15m operating costs. It’s not hard to see why it was Option B. Jean-Christophe Rolland, President of World Rowing said at the time “If Tokyo wants to invest in that area, that is fine, I will support it, but I don’t want to be seen as the sport that has cost all that money when much of the expenditure is not related to the sport.”

The Sea Forest Waterway rowing venue is being carved out of reclaimed land in Tokyo Bay. It will require the relocation of a waste recycling facility and the construction of a new bridge connecting the venue with Greater Tokyo. Matt Smith, FISA’s executive director said last year that these works were already part of the city’s long-term plans and shouldn’t be viewed as part of the cost of the proposed rowing/canoeing venue. 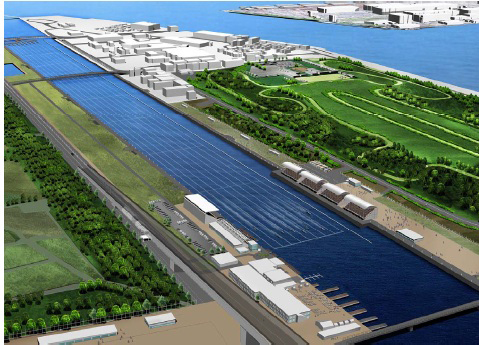 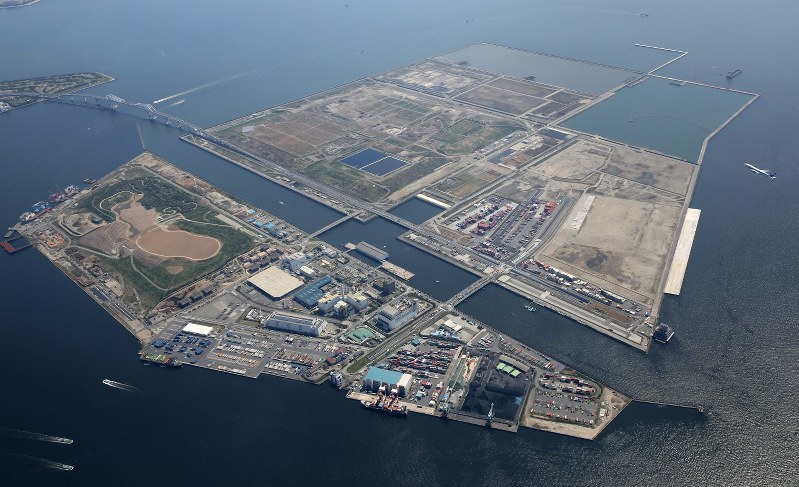 The Sea Forest Waterway site from the air – ©Asahi Shimbun

In October 2016 there was still confusion over the Sea Forest Waterway’s future. Yuriko Koike, the new Tokyo Governor elected last summer ordered another cost review in the light of rising estimates for the project, now put at £81m to construct. The total estimate for the 2020 Olympics was put at $30 billion in December 2016, four times the original estimate, in part due to the rising costs generally as a result of the 2011 tsunami and earthquake, the year the bid was launched. Koike has agreed to keep the rowing venue within the capital but is seeking further cost reductions.

Fast forward to October 2017 and the battle to acquire the land for the rowing venue is still raging. Two local councils are claiming to have land upon which the venue sits within their district. The Ota ward yesterday rejected the Tokyo metropolitan governments plan to resolve its dispute with rival Koto Ward. Ota Ward now plans to file a lawsuit against Koto Ward, in which it will seek to define boundaries on the disputed land. 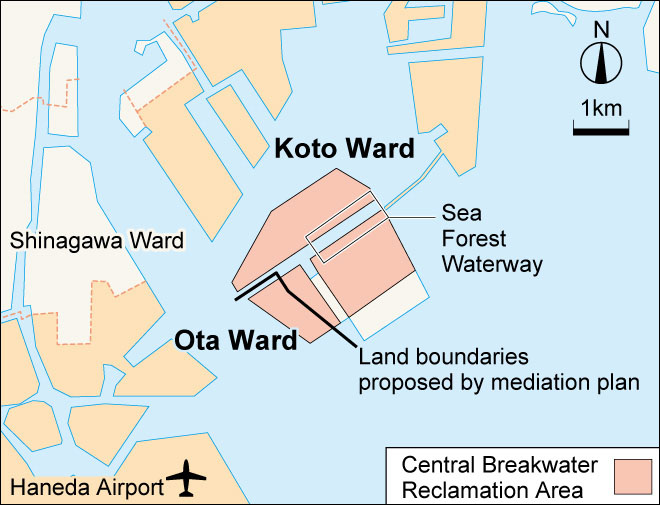 According to the Japanese news organisation, Asahi Shimbun the mediation plan proposed by the members on Oct. 16 stated that of approximately 500 hectares of the disputed reclaimed land, 86.2 percent is Koto Ward’s, and 13.8 percent belongs to Ota Ward.

Ota Ward has claimed that the reclaimed section of the ocean was used for cultivation of nori seaweed by residents of the ward until around 1965. Meanwhile, Koto Ward complained that its residents suffered due to the awful stench and flies when the land was used as a garbage dump from 1973.