Skip to content
Thea Zabell: Thoughts on the Boat Race as she returns to studies

Thea Zabell: Thoughts on the Boat Race as she returns to studies

Thea Zabell came to be front page news in the Sunday Telegraph when she featured in an image which defined the international nature of the modern women’s Boat Race. Zabell has represented GB at EUSA and U23 level and last weekend competed in her third Boat Race, her second in the Blue Boat. WEROW caught up with Thea Zabell, now back in the swing of academic life in her final year at Cambridge University where she is studying Systems Biology.

Cambridge stamped their authority on the Boat Race from the get-go and had clear water by Barn Elms. “Our race plan was the same as we had for WEHoRR, just with the landmarks reversed,” says Zabell. “We had planned for every eventuality, so had we been trailing behind for any reason, we would have gone into head race mode to hunt them down. By Barn Elms, with Oxford in our sights, we became very internal, focusing on our race plan. Nevertheless, seeing the other boat is a huge advantage in the Boat Race compared to a head race when you don’t really know exactly who your opposition is. In that sense, being able to see and use Oxford to make pushes off made it feel pretty good.”

CUWBC cox, Sophie Shapter, was quick to take advantage of her crew’s dominance by Barn Elms and held the tighter line as the river rounds left to Hammersmith Bridge, forcing Oxford to steer wide to avoid the dirty water. “We trusted Sophie’s steering 100% – she has so much experience on the Tideway. I could see Oxford trying to cut the corner at St Paul’s and come onto the other station, doing all the things that they should have done and we expected them to do, to try and capitalise on anything. Sophie just stuck to the fastest water and that is what you want to do when you are ahead and you can choose your line”.

Prior to the race the BBC’s introduction to the women’s teams, in 1930’s pastiche to celebrate 80 years since the coverage of the Boat Race, has attracted some criticism. “The idea was to get us to talk about each other and we did it in pairs as it was in front of a green screen. Then the cameras were rolling and we were asked questions about the girls behind and in front of us and to do an action which represented that. I think for a lot of the crew, we’re not used to just coming up with stuff on the spot so, maybe we were a bit surprised by that but it was captured very naturally!”

Cambridge men’s coach Steve Trapmore, left Cambridge after the Boat Race to take up his position at Caversham as part of the men’s coaching team. Does Zabell think there is a side to Trapmore and Rob Baker that Boat Race followers don’t appreciate? “I think when Steve is with his kids, it’s so adorable to see the contrast. You see him talking to the athletes, say before an ergo test, and you can see how much it means to the guys and to him, then you see his kids run up to him. It’s the same with Rob, when you see them in different environments you realise that on top of driving such an intense Boat Race campaign they have families depending on them too. I guess it’s the same for us rowers – we focus in when race time comes, but we need a life outside of that to escape rowing for a bit each day throughout the year.” 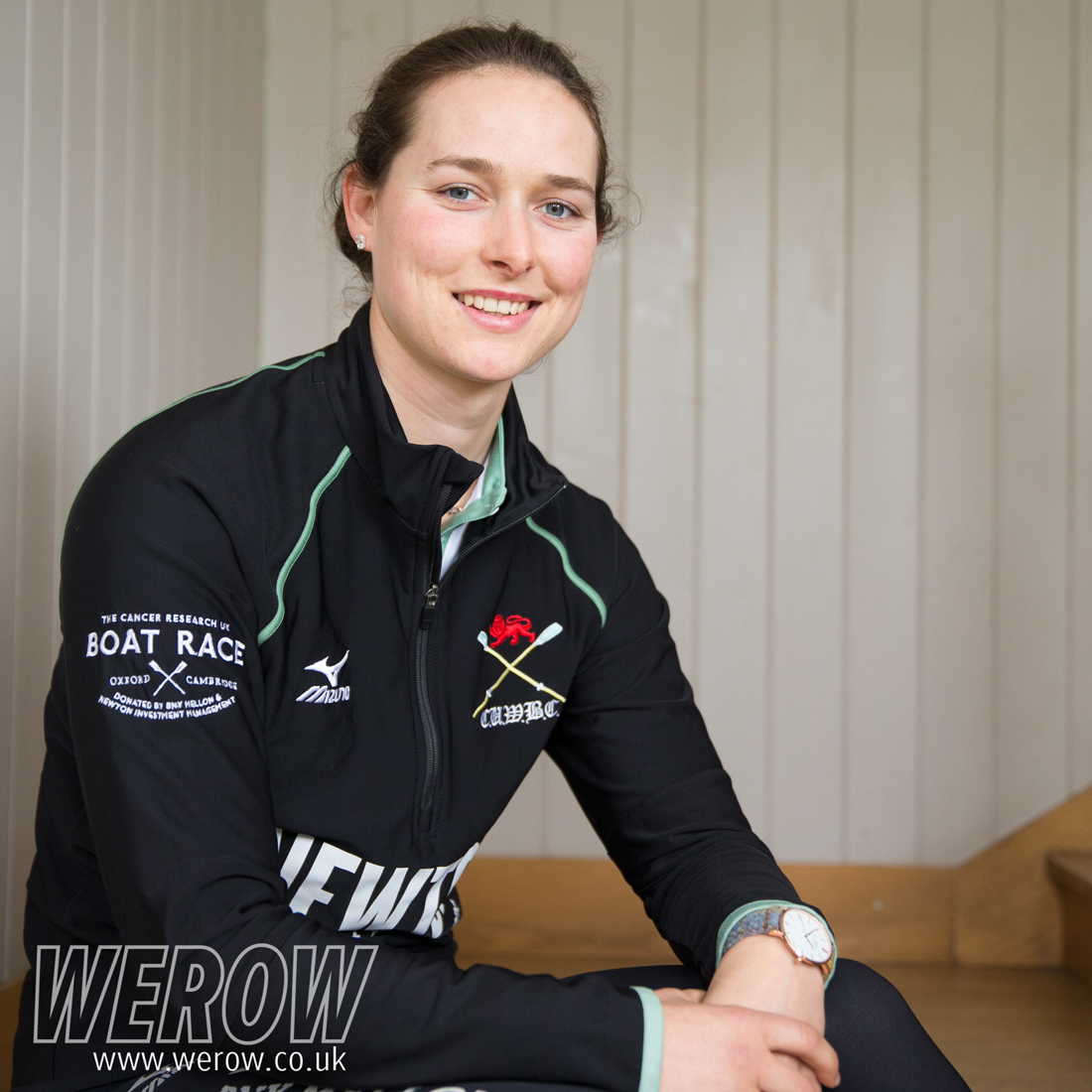 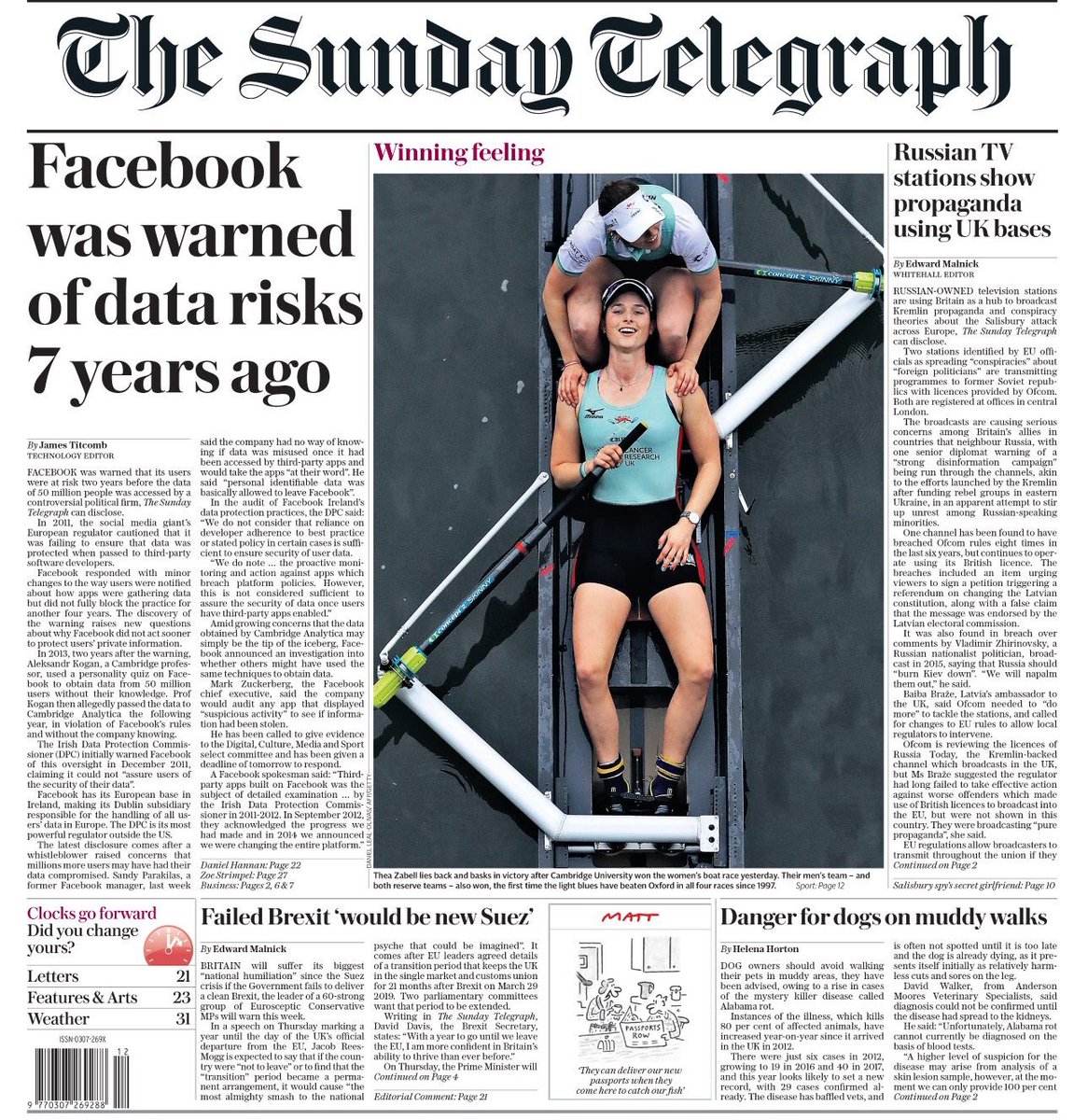 How does the image taken by Daniel Leal-Olivas make you feel? “What I love about the picture actually was that I very much didn’t expect it to be there. It was a moment where I lay down and took a minute for myself. I’m so glad that it was captured so brilliantly, this year’s Boat Race was about finishing unfinished business for me, so it’s a nice memento of that. I spent three years chasing this feeling, of winning the Boat Race, and that I am not sure I can adequately put it into words.”

“What I love about the image is that it really reminds me of exactly what it felt like, and it’s a feeling I want to remember – it was obviously quite cool that it ended up on the front page too. A stark contrast to making the front page after a brutal loss in 2016.”

Was there anything that stood out for you in the Boat race this year? “I think it went surprisingly smoothly for a Boat Race.  There is nothing that I would go back and say we should have done differently. That’s amazing really because so much of the time, even when you’ve won, you think we could have done this differently or that differently, but I think we delivered a race representative of a strong season for the club, as did Blondie and the spares. The one thing I was worried about, given so many eventualities in boat races of recent years, was that something would get in the way of a smooth race but it was all seamlessly run and we had great weather, no bombs and no major dramas!”

Thea Zabell at WEHoRR in March 2018

How important is the college rowing system to the success of the Boat Race crews? “It’s essential. I learned to row at Downing College under Ian Watson, and as much as the standard of the women’s Boat Race has increased to a point where there is a lot of international experience in the crews, there are quite a few of us that were still taught from the beginning by Rob. People like Siobhan Cassidy (vice-chair CUWBC and former GB international) work hard to make sure that people in colleges know that everyone stands a chance of making a Boat Race crew, that if you give it a few years and put the work in then you can get there.”

“I had a great first year of rowing, my college was top of the May Bumps race between all the colleges. I actually did my first bumps with Holly Hill, who was also at Downing, so it’s fair to say that was a great introduction to rowing for me. Several people at Downing College Boat Club said they thought I had potential and introduced me to Ruth Wood, coxing at CUWBC at the time, so that’s how I got involved. Imogen Grant, who rowed at 2 in the Blue Boat, Lucy Pike, at 7 in Blondie, and Sarah Carlotti in the spare pair, all did the Development Squad boat at BUCS in 2015 when I did. So it goes to show the Boat Race is definitely possible for those beginning as college rowers, not just people who come to Cambridge with rowing experience.”

Thea Zabell now looks forward to an internship with MedImmune, the biotechnology arm of AstraZeneca based in Cambridge, so rowing is unlikely to feature in her life for a while. “I am doing some work on a kidney model for diabetes which I am excited about. I want to put rowing to one side for a bit so I can reassess in September when the next GB trialling season begins. I don’t want to make any decisions now because I feel like it’s something that needs time away from the boat in order to make the right decision.”