Skip to content
The Oarsport Junior Sculling Head: Scullery and the march of the octo’s

The Oarsport Junior Sculling Head: Scullery and the march of the octo’s

Images from the Scullery are here

After the London rowing extravaganza that was National Junior Indoor Rowing Championships, WEHoRR, HORR and SHORR, yesterday’s Oarsport Junior Sculling Head (The Scullery) should have been a nice wind-down. Not a bit of it. Scullery is like a slow-burn firework that erupts into a battle scene from Braveheart filmed in the Grand Place, Marrakech.

The day started sedately enough with the J18 events. The Maidenhead boys quad were first down the track and looked very impressive indeed. They won by 6 seconds in 00:11:54 leaving Windsor Boys School, who last year won the Fawley Challenge Cup at Henley Royal Regatta, to claim second place, 13 seconds ahead of Leander Club in third. 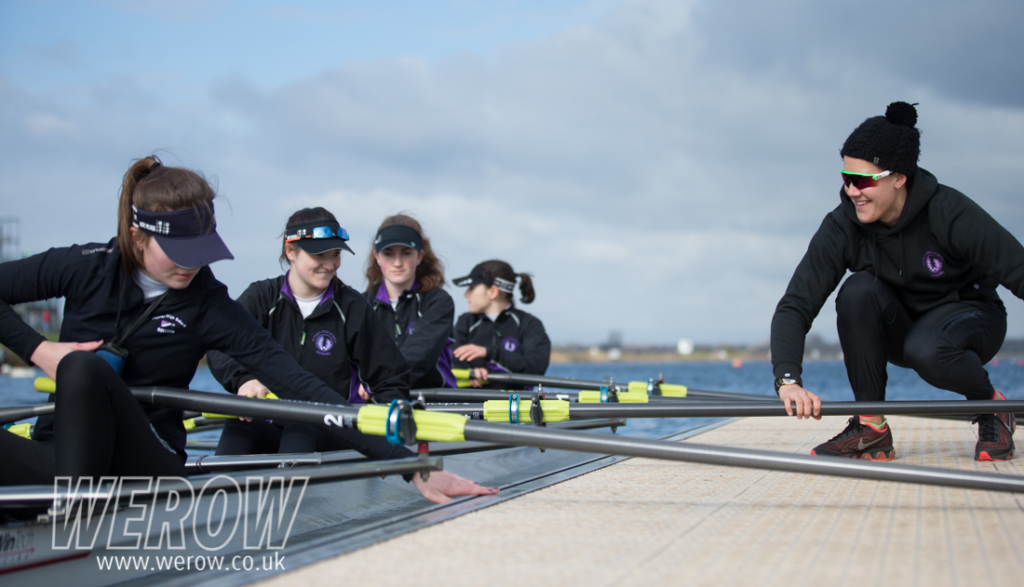 In the WJ18 quads Henley Rowing Club continued the weekend’s winning form with an outstanding performance by Lottie Orr, Georgie Robinson Ranger, Issy Johnson and Mary Wright. They crossed the line 12 seconds head of Latymer Upper School who in turn were 14 seconds ahead of Headington School Oxford. On Monday, this Henley crew formed part the eight that won Championship Eights at the Schools Head of the River where they beat Headington again by a margin of 12 seconds. The future is bright and it seems it’s just a case of which shade of blue will shine brightest in the upcoming regatta season.

With the more athletic performances of the J18, J17 and J16 year groups out of the way, the afternoon sessions were dominated by the J15 and J14 octos. Nearly 300 crews – that’s a staggering 2,700 14 and 15-year-olds, take to the water in the space of 3 hours. It’s impossible to say how many people were involved in the process as some of the younger crews were assisted in carrying their boats, many had 16 pairs of hands on. Added to this number were coaches, parents and coxes laden with 2,400 blades and armfuls of kit. A staggering sight.

To many observers, the spectacle is not the sight of loved ones afloat and their sporting prowess but the marshalls. At its peak around 15:00, all that can be heard is the siren call of the marshalls across the water instructing young people you wouldn’t even trust to load the dishwasher without breaking something. The marshalls direct the young coxes as they navigate their £30,000 boat and it’s cargo of their peers around the warm-up channel, into their race lane and back again, a manoeuvre which requires 3 U-turns. At one point we saw one of the boating marshalls slumped to his knees mid-boating, gathering himself, possibly in prayer, as he steeled himself for the next round of shouted instructions, for possibly the 1,000th time.

Overall the Oarsport Scullery is amazing for its size, participation (including overseas crews) and organisation. There was some talk on twitter about the parking charges, over which the Scullery has no control and derives no benefit, and there was one boat rescue that we saw. The organisation and volunteers are amazing, but the standout performances of the day were the marshalls!