Skip to content
The BRIC17 perfect storm: a weak British Rowing squad and Bradley Wiggins looking for a new challenge

Mark Hunter predicts that a perfect storm comprising a weak British Rowing men’s squad and a world-class athlete, Bradley Wiggins looking for a new challenge, is brewing ahead of the British Indoor Rowing Championships on December 9.

It’s the perfect window for Bradley because the team is not strong at the moment. Lots of people retired, there are more seats, it’s a development phase.

Mark Hunter, who won an Olympic gold in Beijing and Olympic silver in London has been speaking to Reuters about the involvement of Bradley Wiggins in the up-coming British Indoor Rowing Championship. “I think it’s great for the sport because he is a phenomenal athlete and it’s exciting to see what he can do” Hunter said at a Sports Analytics Conference hosted by KPMG in London.

“The rowing machine is just like a watt bike and he has a big engine and he is super fit so I think he will get some good results and go below six minutes for 2,000 metres. On the water? That’s a different challenge being able to take that strength and power and the engine he has and put that on a boat. It’s a different skill set”. 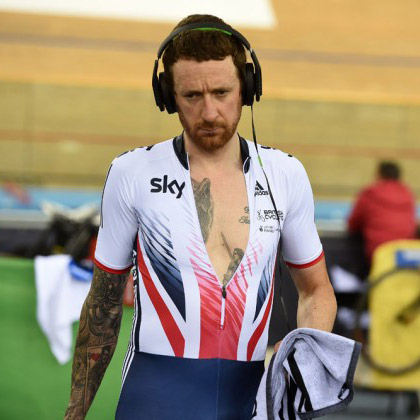 “There are moving parts as a rower. You have to work with other people and train day in and day out in a system. That’s maybe a culture that he hasn’t been in. I’ve seen others try and fail. But hats off to Bradley. He wouldn’t be doing this unless he believed he could do it.”

Hunter, who is interim CEO at London Youth Rowing, also thinks that Bradley Wiggins would be better suited to the eight if he is to have a chance of a seat at the Tokyo Olympics in 2020. To date, we have only seen images of Bradley in a double or single scull. “Sweep is a lot easier to learn than sculling which is more technical. It’s easier learning to use one blade than two. And the eight is a big boat that can be balanced for you and there are people who can help you. It would be great to see him race at the Henley Regatta and try to win that and work up.”

Does Mark Hunter think Bradley Wiggins is serious? “Why would he put himself through it?” he told Reuters. “I think he’s looking for a new challenge. We’ve seen others go the other way from the boat to the bike like Rebecca Romero. But going from cycling to rowing. This has never been done before.”

Hunter believes that the British Rowing policy of working to an Olympic cycle means that the squad is weak. “It’s the perfect window for Bradley because the team is not strong at the moment. Lots of people retired, there are more seats, it’s a development phase.”

Bradley Wiggins is being coached by James Cracknell and Hunter thinks that might be the perfect combination. “James is crazy as well so it will be interesting. He’s an endurance beast. I think he and Bradley are probably of a similar mindset. You might not want them in a boat together but James is the ideal guy to give Bradley some insight.”