The German men had their first trials of the season with a 2k ergometer on Saturday and a 6k water trial today. A number of PB’s were hit on the ergo and in the 6k water race, there were some good results with a surprise performance from an U23/lightweight pairing.

According to the Team Deutschland Achter many of the athletes achieved under six minutes on the erg on Saturday. Schmidt and Jakschik, World Champions in the eight in 2017, were also among the best on the ergometer, as were Hannes Ocik, René Schmela and Felix Brummel. The fastest time of the day was pulled by Laurits Follert who was part of the M4- that came sixth in the A Final at Sarasota.

As expected pairings from the eight, were in the top 7 boats but the pairing of René Schmela/Felix Brummel took everyone by surprise, coming second. Schmela is a German U23 rower and Brummel a former U23 lightweight international. 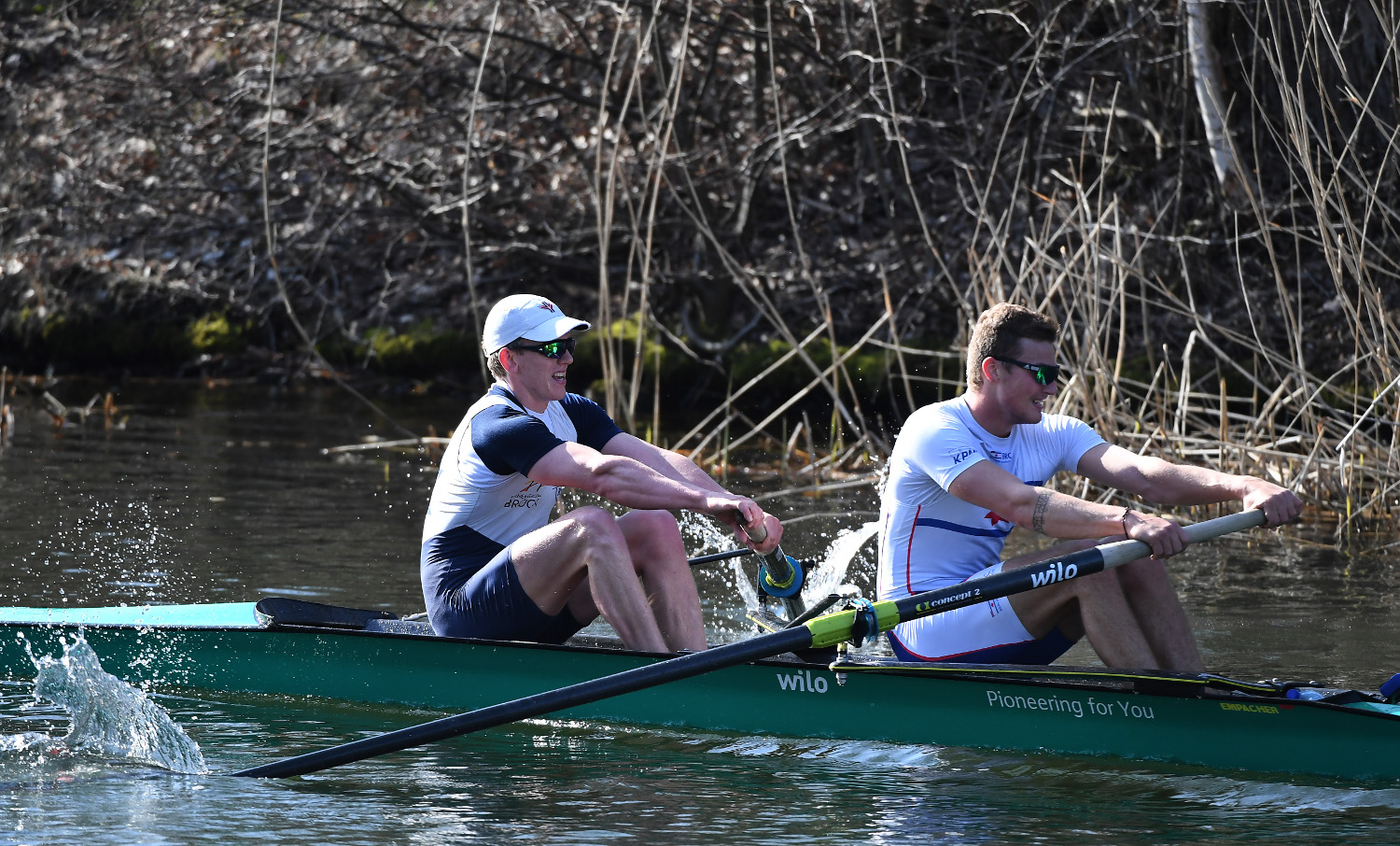 The young pretenders had been paired together by accident as they were without partners for a period. They performed so well at the recent training camp in Lago Azul that they became a formal pairing. Coach Ute Bender said, “ It turned out to be the right decision. That was a very good performance.”

Bender was pleased with the weekend saying “Despite difficult preparation this winter, things are going in the right direction. Overall, we can draw a positive conclusion from this weekend, which was pretty good across the board.”

The results of the DRV long-distance regatta in Leipzig over 6 kilometers on April 8, 2018: