Robbie Manson has ended the New Zealand Rowing Championships with a haul of 3 golds in the sculling events. Manson beat John Storey, who won a M2x gold in Sarasota, by nearly 4 seconds in 7:19.48 with Irelands Paul O’Donovan, silver medalist at Sarasota, taking bronze. Mahe Drysdale was well off the pace again, finishing fifth in 7:45.30.

Manson and Chris Harris, who competed in the double at the Rio Olympics in 2016, went on to win the premiere M2x by four seconds over Storey and Cameron Crampton. Harris was Storey’s doubles partner in Sarasota and Crampton sculled in the NZL M4x at Sarasota. Harris has said that although he has been spending a lot of time in the single, he recently got back in the double with Storey and they intend to compete together in the European World Cups.

Manson also won the M4x with Chris Harris and two sweep oar rowers from the NZL M8+, Brook Robertson and Joe Wright. However, Manson had to settle for a bronze in the premier M8+ when his Central RPC crew was beaten by Waikato RPC. 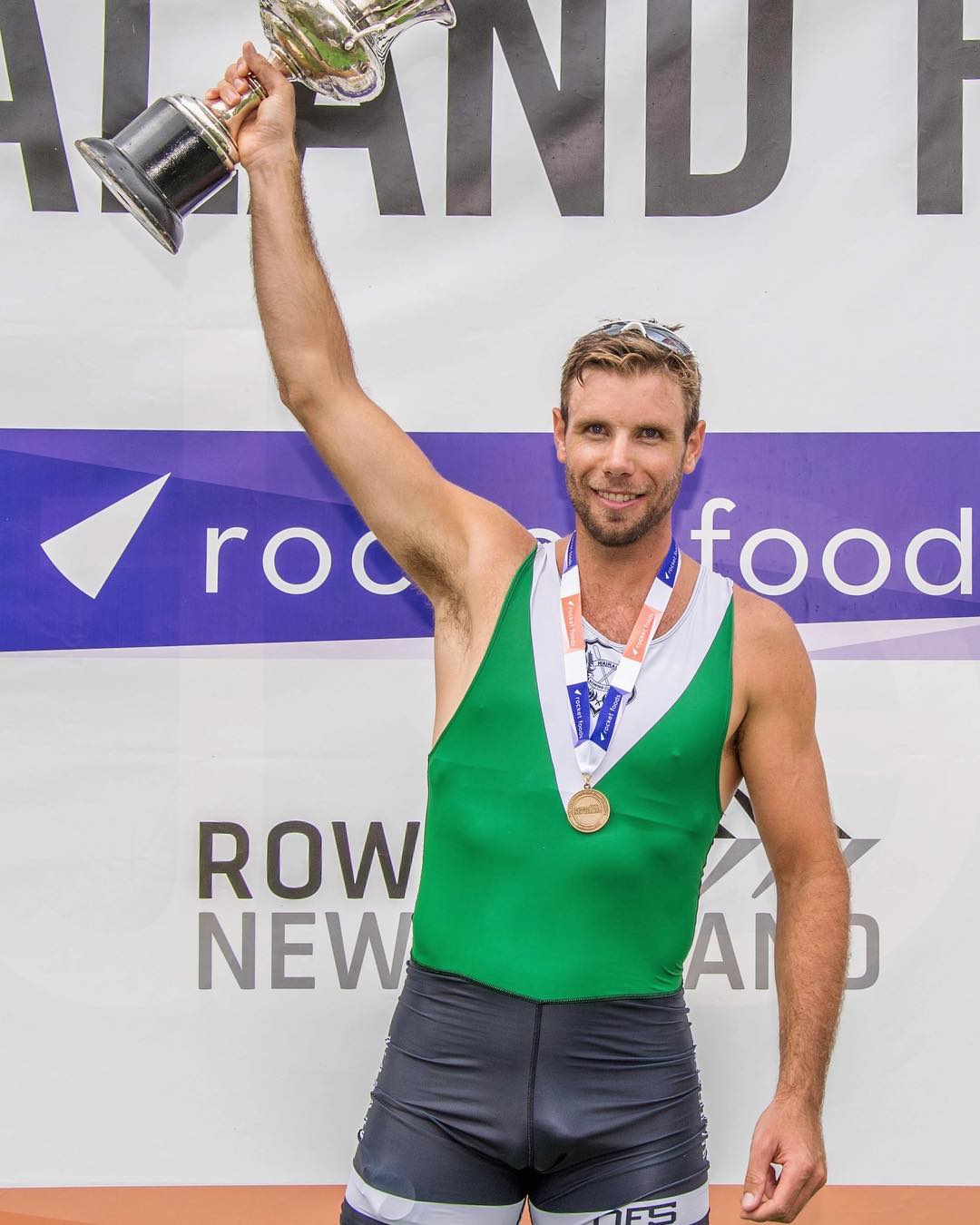 In the women’s single, New Zealand sculler Hannah Osborne missed the final owing to injury. Rowing NZ high-performance director, Alan Cotter said: “We had a bone scan, but there’s no hot spot, so we’re just taking it easy with Hannah, and there’s also Kelsey Bevan with the same thing”. All being well Osborne should make the NZL national trials which start on February 26. Brooke Donoghue won the event with her doubles partner, Olivia Loe taking silver and lightweight sculler, Zoe McBride taking bronze.

The premier women’s double sculls title went to Waikato RPC’s Georgia Perry and Brooke Donoghue. Perry, who rows in the W8+ was a replacement for the injured Hannah Osborne and Donoghue won gold at Sarasota in the W2x with Lucy Spoors. Zoe McBride and Jackie Kiddle, who won gold in Sarasota in the LW2x won silver.

“Nationals week is done and dusted! I’m very pleased with the week and have made some good progress. Enjoyed my week racing with the West End boys @westendrc @stephenjones__@lewishollows @jono_kumarich taking a silver in the four and bronze in the pair both in very exciting close races. Unfortunately, I couldn’t find the speed in the single that I got a glimpse of earlier in the week, so I am clearly disappointed about that. I have purposefully avoided talking to the media discussing my performance today in the single as I was outgunned by @robbie_manson @j.w.storey @jlparry95 I congratulate them all on their performances today and throughout nationals… I believe that should be the story, not me languishing in 5th place. I make no excuses for my performance and anything you hear is speculation and didn’t come from me! Unfortunately, sport can be unpredictable and I’ll take the lesson and move on to the year ahead. I am 100% committed to getting to Tokyo and still fully back myself to be at my best come the 15th July, so I earn the right to represent @rowingnz in Bulgaria in the single come September. I look forward to building on this week and moving on from today’s disappointing performance in the single”.