Skip to content
Rowing at the Youth Olympic Games

Rowing at the Youth Olympic Games

The Youth Olympic Games (YOG) are ongoing in Buenos Aries (6-18 October) with the rowing events finishing today. Almost 4,000 athletes between the ages of 15 & 18 from 206 National Olympic Committees are taking part in the Games, which are the first with 50/50 gender parity.

Unlike standard international rowing competitions, the YOG rowing races are held over shorter distances. The first day of racing comprises of the crews undergoing a time trial format race which takes place over roughly 900 meters with a 180° turn around a buoy at the halfway mark. Crews raced with a ‘flying’ start. The time-based rankings from this round determined the allocation of heats and lanes for subsequent rounds of racing over a 500m course, amassing points towards rankings for finals. The full YOG format can be found here. 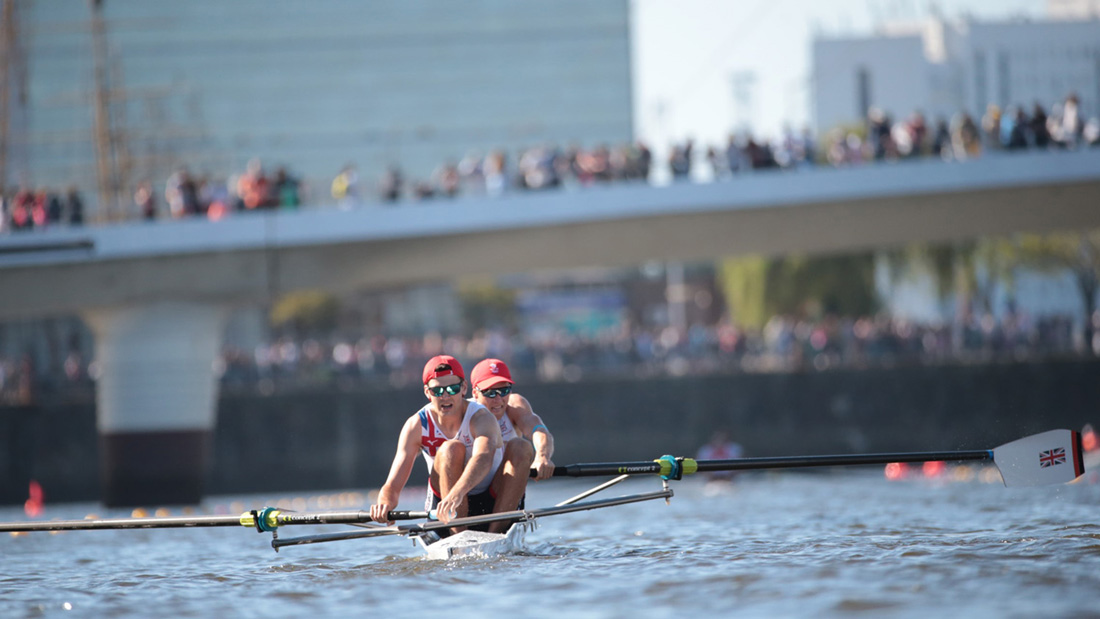 Representing Great Britain in the JM2- were Theo Darlow and Michael Dalton of Molesey Boat Club who were in a pool of 12 crews. Despite winning the opening qualifying time trial, the British crew pulled the fourth fastest finals time of the day of 1:31.89 to win their B Final in an event won by Italy in 1:30.40.

For the women, Great Britain was represented by Georgie Robinson Ranger of Henley Rowing Club in the JW1x who finished 13th in a field of 24 scullers in the time trial held on Sunday. Robinson Ranger won her semi-final this afternoon earning her a place in the C Final which she went on to win in a time of 1:47.32 in an event won by Argentina in 1:43.81.

Given the pressure FISA is under from the IOC to move Olympic rowing towards a program of shorter, mixed-sex racing, the YOG format might be seen as edging the argument more towards the IOC dream. Quite what value the YOG’s represent to anyone but the participants is in itself questionable. The event offers limited opportunities for participation by the wealthy few who can afford the trip in the midst of an academic term.

Antoine Goetschy, IOC associate director for the Youth Olympic Games, told Liam Morgan of Inside the Games, YOG… “is a sports festival in addition to being a high-level of athletic performance event. It is the new way to deliver a competition; to turn it into a festival to be attractive to young people as spectators and as participants.”

Richard Pound, a long serving Canadian member of the IOC said “I am all for getting youth involved in physical activity, but am more concerned with getting additional active participants, not just those already in the sports system. Otherwise, the risk is that some very nice young people will simply enjoy a really, really, expensive summer or winter camp.”
You can read the full Inside the Games article by Liam Morgan here and catch up with all the results from the rowing events at YOG here.