“Rowing On” kicks off Summer Eights at Oxford University next week

Like most things in Oxford, rowing has been around for a long time. Oxford Colleges have been facing off on their stretch of the Thames, the Isis, since 1815, with a distinctive style of bumps racing, known in summer as Summer Eights that has lasted the ages. The 2018 event, which is held over four days starting on Wednesday, May 23, involves 171 boats and around 1,500 participants.

There are 7 divisions each with 14 boats with the top 5 divisions being fixed whereas divisions 6 & 7 are “rowing on” divisions. These divisions have to qualify at an event called Rowing On which was held yesterday (results here).

Because much of the Isis is too narrow for side-by-side racing, the bumps format was developed. At the beginning of each division, thirteen crews line up front-to-back down the river, with one and a half boat-lengths of clear water between them. When a cannon is fired, the crews start rowing, and each tries to bump the boat in front before being bumped by the boat behind.

The start order for subsequent races is adjusted to move successful boats up, while unsuccessful boats move down. Over the years, boats aspire to reach “Head of the River”, first place in the first division. Trophy oars termed “blades” are awarded to boats which successfully bump up on each of the four days of racing without themselves being bumped.

Unsurprisingly, this style of racing never fails to produce drama and carnage, alongside a high standard of rowing, all of which draws thousands of spectators down to the towpath to watch college eights compete for the title of Head of the River. 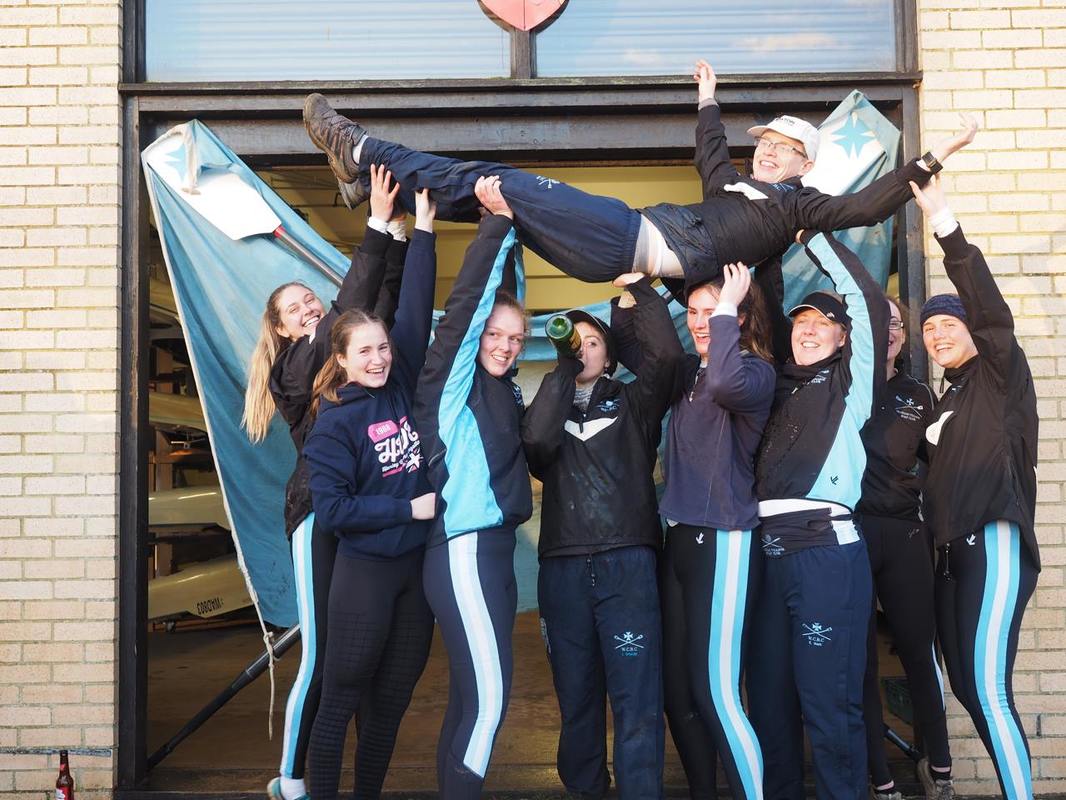 This year that title belongs to Christ Church in the men’s divisions and Wadham in the women’s, who will look to defend their positions over the week. With rowers returning to their colleges from the university squads, attention turns from the marathon of a boat race to a front-loaded, all-out sprint for the bump. Speculation is often futile in college rowing, as most clubs keep their cards close to their chest until the start gun goes on day 1, but strong performances from Oriel and Exeter in Torpids, the winter version of the event, make them clubs to watch next week. 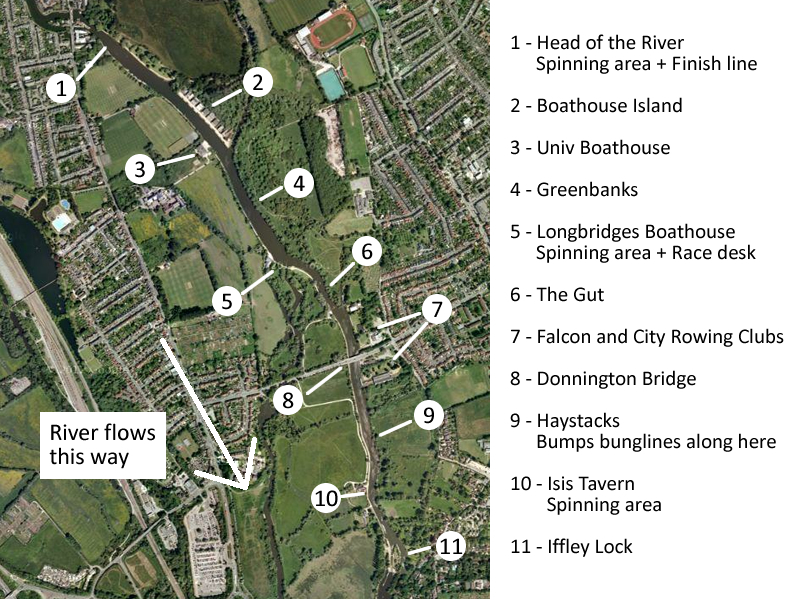 Map of the Thames at Oxford, known as The Isis. ©St Hugh’s Boat Club

Summer Eights start on Wednesday, May 23 and continue until Saturday, May 28.

Thanks to Max Spicer, Sponsorship Officer at Oxford University Rowing Clubs for contributing to this article. OURC is the confederation of OUBC, OUWBC, OULRC, and OUWLRC and is responsible for organising inter-collegiate contests.

If you would like your event or club to be featured on WEROW drop us a line.