The Chinese Rowing Association has today announced the appointment of Sir Steve Redgrave CBE in the newly created role of high-performance director for its national rowing team, the first time the organisation and its President Dr Liu Aijie, has recruited a high profile figure from outside China to support their national squad.

According to the press release, Redgrave will be managing and guiding a group of elite coaching professionals charged with delivering success at the highest level on both the world and Olympic stages. He goes on to say that with two of his children being of working age, and one close to finishing university he felt it was the “right time to commit to a new and exciting role.”

Sir Steve said: “I am delighted to be taking up the post of high-performance director for Chinese Rowing. I have visited China to watch the team train and compete and am very excited about becoming involved with such an enthusiastic and committed group of athletes.” China has publicly declared its goal of two gold medals at Tokyo 2020 having won two bronze medals in Rio. 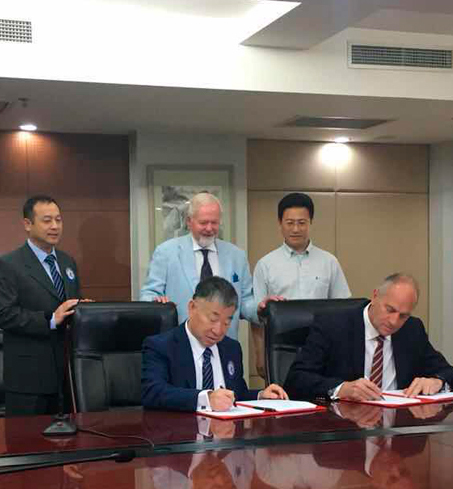 From 2006 to 2016 Redgrave worked closely with British Rowing’s chief women’s coach, helping the team to mentally prepare for the 2008, 2012 and 2016 Olympics which resulted in the group winning multiple medals, including several golds.

Redgrave is currently Chairman of Henley Royal Regatta, a role he says he will continue with the support of the Committee. “My decision to take the position in China was not one I made lightly. With the Tokyo Olympics fast approaching and looking ahead to Paris in 2024, the new role in China will be demanding but I look forward to the challenge of helping China become one of the top rowing nations in the world while continuing to honour my commitments in the UK.”