Skip to content
The Quad Squad: The GB M4x

Getting High With The Quad Squad

The British men’s rowing squad are currently training on Lake Silvretta 2,100m up in the Austrian Alps. The squad are there for a two week high altitude camp in preparation for the World Championships in October. We sat down with the quadruple scull crew just before they left for the Alps.

The crew comprising Jack Beaumont, Jonny Walton, John Collins and Peter Lambert came together for World Cup 2 in Poznan where they won gold. They subsequently beat the New Zealand quad in the final of the Queen Mother Challenge Cup at Henley and went on to win silver at World Cup 3 on the Rotsee, Lucerne. All four are based at Leander Club in Henley.

How are you feeling about three weeks of high altitude training camp?

Pete Lambert: We’ve all been to this type of camp before so, I think we can be realistic with what we know. Up at altitude it’s cold conditions, the water is very cold so the boat isn’t moving fast. It teaches you to do a lot of distance per stroke. And that’s what I think gives Jurgen a lot of confidence so when we move onto our warmer finishing camp that’s when he sprinkles the magic dust.

Jonny Walton: The lack of air makes it very challenging. I always find altitude very, very tough. So it’s trying to maximize the effects of what it does for the body; we’re doing all this top-quality training in Caversham and this is an extra stimulus to make the training that little bit harder.

Jack Beaumont: I quite like this one, actually. I find the altitude camps are hard, but I find the one in Sierra Nevada way harder because it’s just a land camp, and it’s monotonous. You’re just on the rowing machine all the time, and it’s just so dull. Whereas this one, the place is so picturesque and it’s beautiful to row in. And, okay, it can be quite tough with the weather,  it can be really cold in the mountains in August, but this is a camp that we gain a lot from.

John Collins: We are packing a lot of kit. I think it helps if you’ve done Altitude camps before – get easier as they go along. My first one was an absolute disaster and it’s got a little bit easier ever since. But the thing is no matter how unpleasant it is, it’s a big part of our success as a team, that camp.

So you have got to have a lot of belief. No matter how dark and miserable it gets, when you’re knackered and things don’t feel good, no matter how far down that road you go, you always know that at the other end of it is a good performance. You’re gonna come away a lot stronger. Just having that belief in the process and knowing how many medals have been produced in that place makes it easier to get thought it. 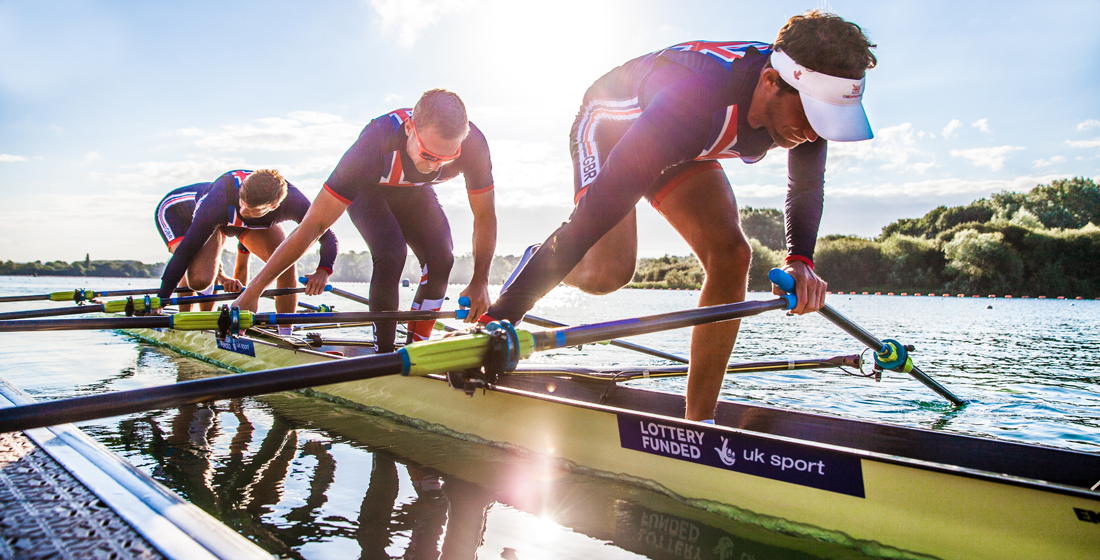 So is there anything you can do to prepare for high altitude camp?

Jonny Walton: Not really it’s about easing yourself in. The studies show that each time that you do go up to altitude, your body does kind of get used to it. So, we’re lucky that we go away to two other camps before we actually get to Silvretta, one is Spain and the other in South Africa. Each time you do go up it gets that slightly little bit easier, but it’s still very, very tough.

Peter Lambert:  I think the British Rowing culture and our support staff are very good. When we’re on the ergo they’ll give us a split that we can do at sea level quite easily. And we’ll be like, “Really?” But you take it and you do it and then you learn that, “Oh, wow – that’s hard.” The support staff have been with athletes at high altitude a lot of times; Jurgen Groblar has been on more than 100 high altitude training camps. So, when a coach of that much calibre tells you to take it easy on the splits, you take it easy on the splits to see how to do it best.

Jack Beaumont: The only thing you can do is make sure you’re in good health when you get there. You don’t want to go there already tired because it’s a hard, hard two weeks. And every time I go to Altitude it does surprise me a little bit for the first few sessions, how different it is. Of course, you’re doing the same exercises, the same motion we do every day here, but it’s almost a different sport in a way because it feels so…just that bit sluggish, that bit slower and that bit more…little bit more effort.

You got to embrace the fact that down here at sea level if things are going well, you can get quite a lot easy speed. And we have speed targets for various rates and things but at altitude it’s totally different.

John Collins: This camp does bring it a little bit back to basics. Sometimes, some of our sessions feel a bit like we’re in “Rocky.”  You find yourself doing squats in a garage next to a snow plough, one foot’s lower than the other and things like that with a 25-year-old disc set. You can imagine Redgrave and Pinsent probably used the exact same equipment that we’re using. If you embrace that it’s actually quite good fun. If you moan about not having the latest stuff, it becomes a bit of a pain.

But being in Silvretta, words can’t even do it justice. Whichever direction you look there’s a gorgeous view. And we’re off to finishing camp in Avis which has a great climate, warm water and nice food – we’re pretty lucky I think. 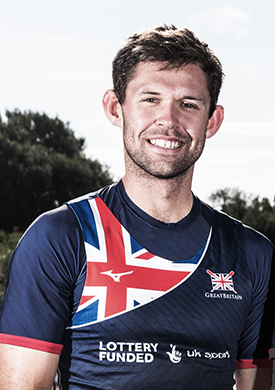 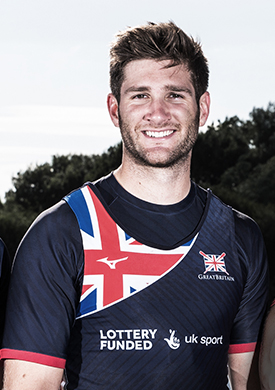 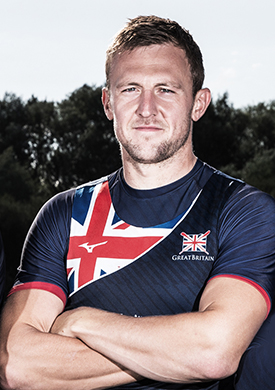 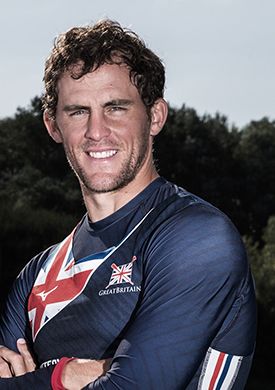 After a long season what’s the vibe in the boat like?

Peter Lambert: When you are on a high-altitude training camp you can get a bit of cabin fever. We live together, we’re gonna be training for the next six weeks and not seeing our partners and family. So, you can get tense moments.

Jack Beaumont: This season’s been a bit different to normal. It’s been a month since we last raced already, and it’s still over a month until our next race. It’s quite a lot of time for things to potentially get stagnant, or with having had quite a good season that we have, to be complacent. John and Johnny are both perfectionists which means we come away from a session with a load of things to work on. To an outsider that might sound really negative and that the quad’s not going well. But we’re just striving for more. I think that’s a really exciting place to be.

John Collins: When we first got in the boat things went quite well quite quickly; within a week we were at a level where we’d go out and it would be reasonably decent. But what I like is that we are all communicating in a way that means we haven’t plateaued, we’ve managed to keep moving forward. Being able to engage with each other in that way more and more I think has actually made us improve. 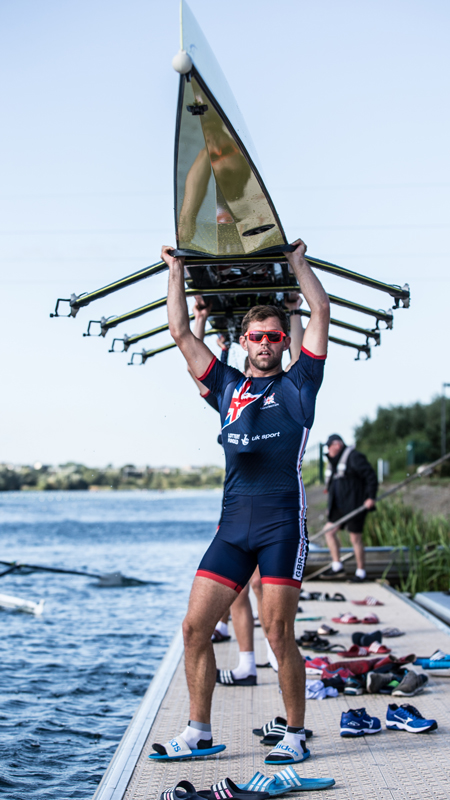 How are you able to receive feedback from each other?

Jonny Walton: My job is the calls and it’s something that we kind of rehearse on pretty much a daily basis. We’ve been together as a crew for a while now so just having that kind of stable platform means everyone knows what’s happening where in the race and we’re now just building the race profile around that. So if for whatever reason I’m not able to make the calls, everyone still is still fully aware of what happens in that last 250, what happens at five more to go and all that. It’s all very rehearsed and it’s all very process-driven.

Jack Beaumont: We have this idea that we’re all 25%, and in my head, there’s no other 3 people that could do the job better than the 3 I’m with. And I hope that they think the same about the other three people. We’re in a position where I think if I do my 25% right, and then John does his right, and Johnny does his right, and Pete does his right, we’re gonna fly. And we have to focus on our own performance of course, but if I can see John’s doing something, he’s only doing his 24% so 1% is missing, I feel able to call it.

John Collins: I think we’re all here to do the same thing. And I know that when I’m getting ripped for doing something wrong, it’s because they want me to be rowing the best I can. And I think as long as we keep it in that perspective. It’s actually because we want you to win a gold medal, you want us to win a gold…you know, it’s a team thing and it’s not a personal attack. You do see a lot of boats where people don’t say anything to each other in the debrief, and then walk off and start muttering under their breath about things. If we were ever one of those crews, I’d have to sort of sit everyone down and give them a good old slap!

Peter Lambert: Johnny does the calls on the boat but it helps a lot that one or two of us can just give a bit more feedback and just give that extra stimulus.

Each boat class has a different sort of strategy because obviously the boat moves faster at certain speeds. We’re racing in 5.30 races and a single is racing a 6.30 race, so it’s a lot longer. So there is a different strategy but as Johnny says the four of us in the boat, if Johnny can’t call or something I know exactly what’s gonna be happening at a certain distance, at a certain point in the race. If some crew that we usually beat in the start suddenly do something really drastic and they start leading us in 750, you don’t just panic and throw the rule-book out. You might just start the race profile of what we wanna do 200m earlier. And everyone’s like, “Yeah, we understand why he’s calling that.” And you’ve rehearsed it so many times that it’s just second nature.

What do you take away with you to camp?

Jack Beaumont: I’m normally quiet. I pack quite light and just take books with me as I read quite a lot when we’re away. I have a degree in criminology so a lot of the time reading about undercover policing and especially how that’s used with policing drugs. There’s a really good one called “Good Cop, Bad War,” which is in the charts at the moment actually, which I really recommend reading.

Peter Lambert: Kindle and some movies that I have that are on my laptop.

John Collins: I like reading a book every now and then. I’ll maybe take one with me and sort of chew through it quite slowly, and sometimes watch some TV series as well. Recently I’ve been reading a bit about psychopathic tendencies in high-functioning individuals like brain surgeons, bankers, traders, sportsmen. I find it quite interesting, actually, reading about that stuff and seeing those traits in the people around me.