The quarterfinals of the Double Sculls Challenge Cup got underway this morning at Henley Royal Regatta. In the sweltering heat, the seeded crews made light work of those who had made it through qualifiers and the first rounds on Wednesday.

Making their long-awaited Henley debut were Paul and Gary O’Donovan, the Irish Olympic silver medalists from Skibbereen. The brothers arrived in Henley on Tuesday but have kept practice on the course to a minimum to avoid the river congestion. Today they met the Leander crew of Stephen Cox, a Zimbabwean serving in the British Army and Irishman Tiernan Oliver and after thunderous start from the brothers, a win for the Irish was never in doubt. 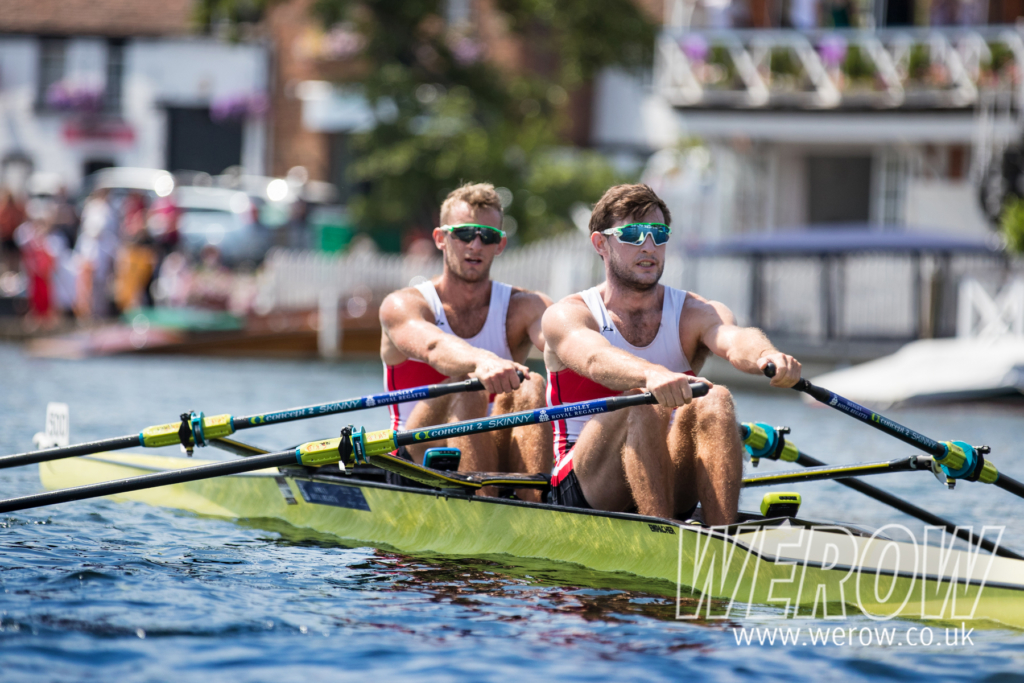 Paul O’Donovan told WEROW after the race, “The atmosphere was massive to be honest, even before we launched, the whole way paddling up and back down the course everybody was cheering for Skibbereen. There’s a lot of Irish expats around the place so I think there’s a few of them around and we’ve seen a load to tri-colours and a big Irish contingent across the bank there so we’re delighted to see that it’s like nearly a home regatta – it’s pretty cool.”

Coming up on the other side of the draw are GB sculling duo, Angus Groom and Jack Beaumont of Leander. They dispatched Pradera Anllo and Monaghan of Fulham Reach in similar style and looked strong following their World Rowing Cup silver and gold medals haul recently. 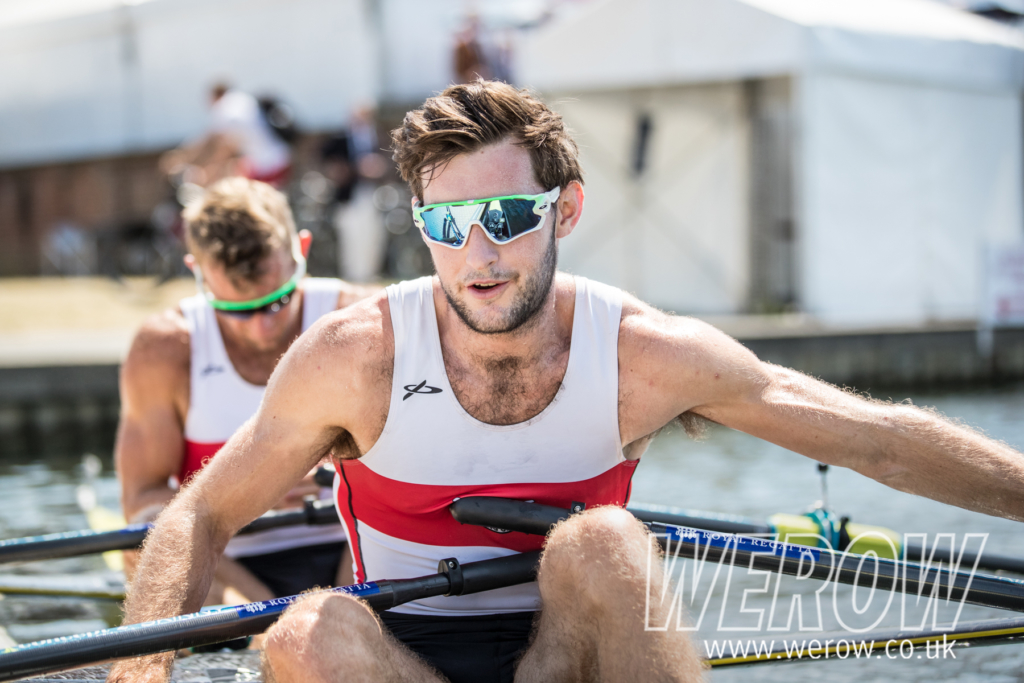 WEROW asked Paul if he has felt nervous about his Henley debut? “I don’t think we were too nervous,” said Paul, “we never are so much before races which is a good thing but it was great to experience Henley. We’ve been here since Tuesday and it’s been good to get the legs going again. One of the boys in the Leander double, Tiernan Oliver, he’s from Queens University in Belfast so we know him quite well from the Irish circuit.”

The Irish will be back in action tomorrow when they will face Prundeanu and Enache of Romania. This young crew finished fifth at World Rowing Cup I in the heavyweight final in a time 3 seconds ahead of the Irish brothers who were competing in the lightweight event.