The Olympic Federation of Ireland (OFI) under the stewardship of new president Sarah Keane has announced its first new sponsorship deal less than a month after it’s rebranding. Formerly called the Olympic Council of Ireland (OCI), the council was embroiled in controversy after former president Pat Hickey was enmeshed in a ticket tout scandal during the Rio Olympics.

Sarah Keane was elected as new OCI president in February of 2017, and yesterday announced the OFI’s first sponsorship deal with FBD Insurance. World Rowing Champions and Tokyo Olympic rowing hopefuls Gary and Paul O’Donovan were among the athletes at the announcement along with hockey’s Chloe Watkins, equestrian’s Sarah Ennis and badminton’s Nhat Nguyen.

“The sponsorship model that we’ve set up is that we want sponsors that really buy into the process,” said Serrard, “and we’re setting it up so that there will be three top-tier sponsors on a national level, one of those will be a kit sponsor, which we don’t have, FBD, and then one more. But I’ve found since I’ve started there is a huge amount of goodwill, a good appetite for seeing what can happen, and I won’t deny, the success of the sports this summer has certainly helped.”

New Balance withdrew their kit sponsorship in the light of the Rio scandal. Given the poor performance of the GB rowing team in Plovdiv, companies like Mizuno, who supply the GB team kit, must surely be eyeing the Irish Olympic team and wondering about the incredible social media impact such a small group of hungry athletes can generate.

“This is a good juncture for us to launch our new identity,” said Sherrard, “We are just under two years out from Tokyo 2020 and we are currently planning a range of initiatives with partners and sponsors to help support the athletes of Team Ireland in the build-up.”

The relaunch also sees a new Olympic crest which will be given it’s first outing at the Youth Olympic Games in Buenos Aires next month. The inspiration for the logo stemmed from the Irish Olympic team kit worn around the time of Ronnie Delany’s gold medal in the 1956 Olympics in Melbourne, one of the country’s greatest ever Olympic moments. 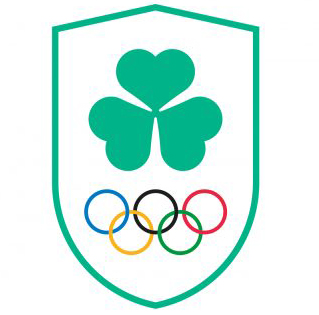 Speaking at the launch, the O’Donvans were asked about their influence on the sport of rowing and the reported increase in rowing numbers. Gary said “We’re not in all the rowing clubs in the country, but you would hear at regattas and stuff that ‘our membership has gone so high’ and a lot of clubs in the cities are struggling to accommodate the volume of kids that are interested, because they only have so many boats, so many coaches and so much room and sometimes they are struggling to deal with it, it’s a bit of a problem”.

“The regattas as well have seen record entries in 2017 & 2018 as well so they are getting bigger as well which is great,” said Paul. “It’s great to see, it’s great when people say ‘thanks to you I came back to the sport,’ and that is a nice message that people will give to us when we are at regattas and stuff.”