With the recent arctic weather leading to the cancellation of the Gloucester, Runcorn and Reading University head races we can only hope for a brighter outlook this weekend. With the Women’s, Men’s, Junior and Junior Scullers heads there is a lot at stake for a great number of athletes.

In the lull of anticipation, we turn our thoughts to the National Schools Regatta (NSR) which in 2017 moved from Nottingham to Dorney Lake. In addition to a new venue, there was also the addition of nearly 17 hours of live stream coverage on YouTube which was well received. Less satisfactory were the horrendous crosswinds which strongly favoured the fastest crews who were able to choose their lanes and demoralised many of the rest.

National Schools Regatta has been attracting increasing numbers of entries as participation in junior club rowing has increased. However, this increase has, in the view of the NSR committee, led to a decrease in the standard of racing. For this reason, the committee met with The Kitchen Society, a select group of mainly private school rowing coaches and agreed that changes were required. The result is that the NSR last week issued a statement confirming the proposed changes.

At J16 and J15 level, there will be just two eights events – First eights and Second eights.

“The aim of this is to make NSR the prestige event for school-age rowing in the UK. We are keen to make winning a medal at NSR more significant and to give all schools and clubs a ranking within each age group and boat type”, George Hammond, Chairman of NSR told WEROW. “There has been much debate over the years about a crossover between the eights events, with crews going for the lower events; with the 12th,13th etc crews winning medals whilst the 4th, 5th etc fastest crew in the top event receives no medal. The junior coaches were not entirely happy with the reduction in the eights events so as a compromise we have allowed, at Sch/Jun level, four rowers from those schools entering a Non-Championship crew to enter other Championship events on Sunday.” 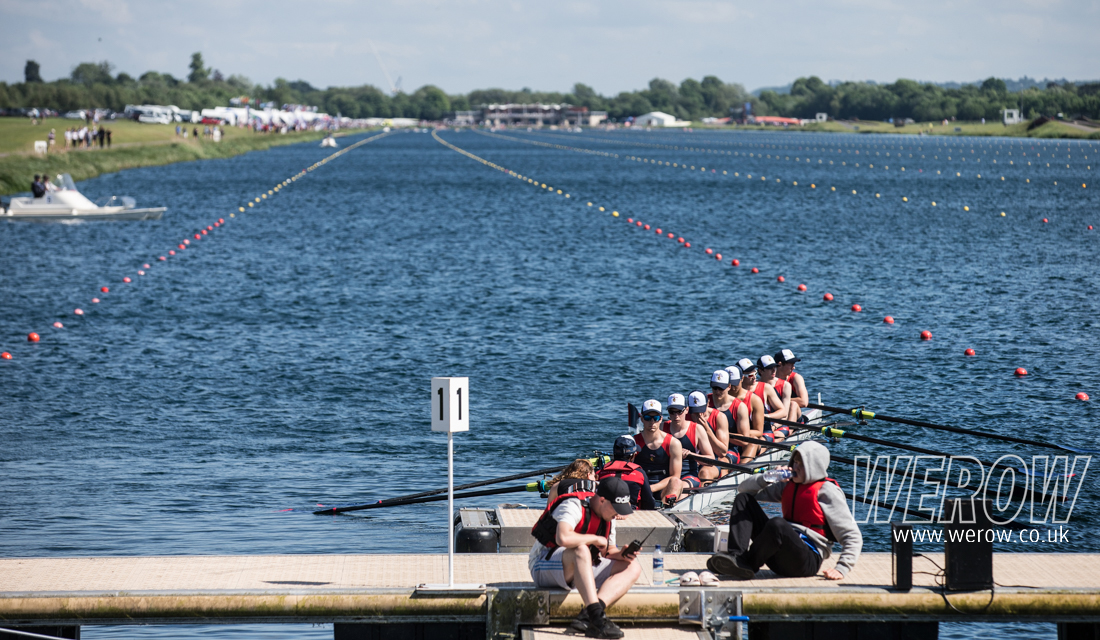 Hammond is keen to ensure that standards are high and rewards meaningful at NSR. “It’s difficult for school crews to race each other,” he told us. “If they go to the mainstream regattas, for example, they may end up racing crews from Oxford Brookes or London Rowing Club. So we are attempting to provide some genuinely competitive racing within a prestige event.”

It’s not hard to see why some schools might object to the inevitable hardening of competition that will come from these changes. School heads are keen to boast of wins at NSR but the proliferation of events has meant that whilst medals make great PR, they are in fact becoming evermore meaningless within the context of the sport.

Smaller schools with mixed or smaller squads will be hardest hit. However, for schools such as St Paul’s the changes are broadly welcomed. Bobby Thatcher, head coach at St Paul’s School in London who won the Sch Championship eights in 2017, told WEROW “We want to get as many U14 teams out there as we can so I welcome the fact that there is no restriction on how many crews we can enter. As for Championship eights, it doesn’t really affect us but in the past, there have been crews which have won medals in the Childe Beale Cup (the event for second eights) that have then gone on to win Championship fours. I have always said that if you can win Championship fours you should be in Championship eights.”