Blessed with beautiful British weather, Henley Women’s Regatta debuted a new program of events this year. Hosting competition from as far afield as Mexico, there was a record entry and a jam-packed schedule of racing made even more exciting by fantastic live footage complete with stellar commentary on YouTube.

In the brand new Development 4+ event, in which no athlete should have more than three years’ experience in the sport, the title was taken by Agecroft. 24 crews were cut from the event following the time trials, and the heats begun on Saturday. There was upset for Aberdeen, who have disqualified 6 strokes off the start, and Surrey University were disqualified before boating for their semi-final, awarding Agecroft a row-over. With fresher legs in the final, Agecroft came away victorious by 3 lengths over the National University of Ireland. This new development category was generally received well amongst competitors. 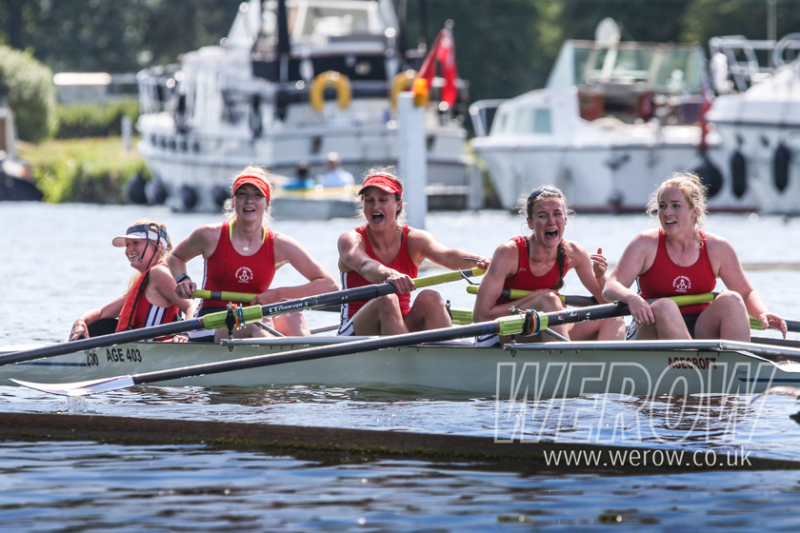 The new Aspirational events, open to intermediate crews who have not before competed at international level nor medalled at any Championship level, held some tight racing in store. Four of the opening academic 8 heats were timed within 2 seconds of each other, paving the way for some hotly contested racing across the rest of the weekend, as ultimately local big guns Oxford Brookes took the win over last year’s Intermediate Academic 8 winners Newcastle University. Brookes stormed off the start, and as spectators and commentators alike wondered if they had gone off too hard, they just kept building and crossed the line in a margin of 1 ¼ lengths as Newcastle bravely pushed back. 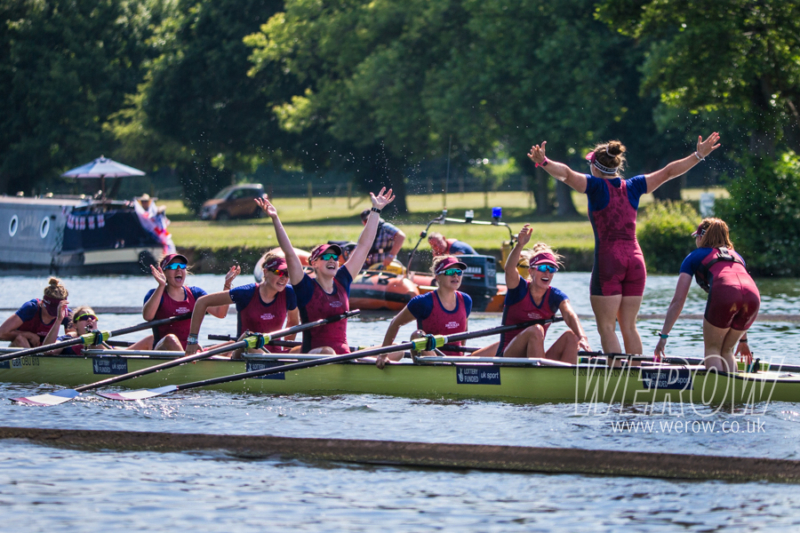 In the Aspirational Club 8s, Cantabrigian, holders of the Intermediate Club 8s, pressured Thames all the way down the 1500m course in the semi-final. As both crews crossed the line, no one knew which way the verdict would go, and ultimately Thames were awarded the win by 1 foot in a thrilling race. The final was a London derby between Thames and Tideway Scullers, and it was the Tideway Scullers crew who raised the trophy after a confident 3 length triumph.

Kieran Clark, head women’s coach at TSS told WEROW, “We’ve targeted the club 8 for the third year in a row now so we have a good idea of the physiology and the speed required.  We knew from our results at WEHoRR that this was our strongest squad in my three years at the club and the competition to get into the eight was pretty savage, we had to go through several rounds of seat racing before I was forced to make a tough decision.  Watching the 8 win was an amazing experience, but it was a culmination of the efforts of the whole squad which produced a lot of other boats that also exceeded expectations and I enjoyed the process we went through this season even more than the end results”.

However, it didn’t go all Tideway’s way at Henley Women’s Regatta. “We had a few tragedies too,” said Clark, “with our 4- hitting the booms, not getting to show their new found speed and a Ch lightweight sculler that we had to withdraw through injury. Our aim was to win two events – Champ and Club, but I’m still over the moon with what we achieved this weekend.” 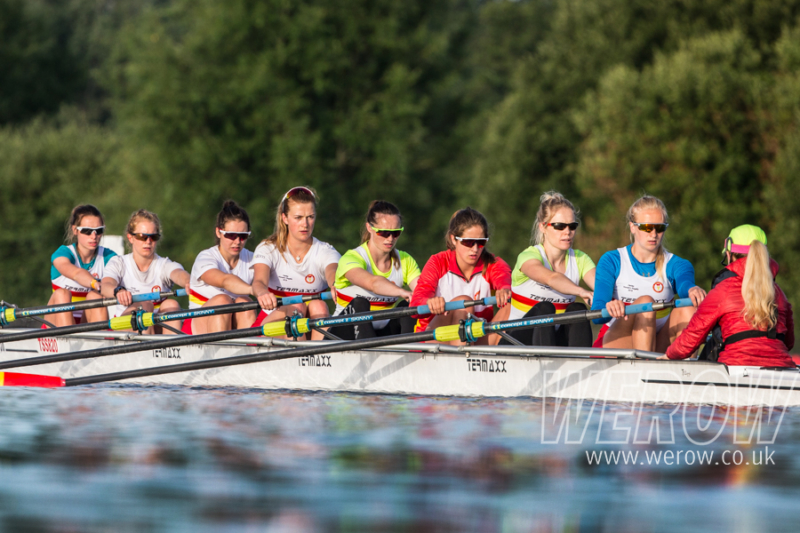 Early races of the Aspirational singles provided some of the tensest racing of the regatta, in the heats, Star and Arrow won by only 1 foot against Wadham college, and Magner of Isle of Ely sealed her spot in the next round by 3 feet. BUCS winner Siena Hayes of Cardiff University used her powerful start to her advantage, sending most of her opposition on their way by the Quarter Mile. In her semi-final, Beth Wilford Dutton of Oxford Brookes fought back, closing the margin to only 1/3 length, but Hayes played it cool, progressing to the final where she won by 2 ½ lengths over Sam Redgrave of Norwich. 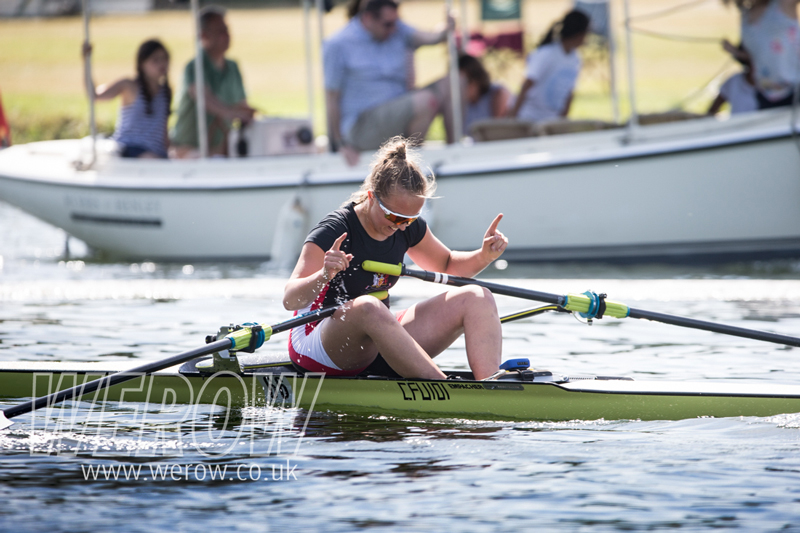 The Aspirational Lightweight single sculls was won by Laura McDonald of Edinburgh University, an athlete with GB junior honours and a regular on the Scottish team at Home International. Laura came from behind in her semi-final, rowing through her Greenbank opposition in the final 500m. In the final she had an easier go of it, jumping up off the start and pushing comfortably ahead of her opposition from Leicester University. 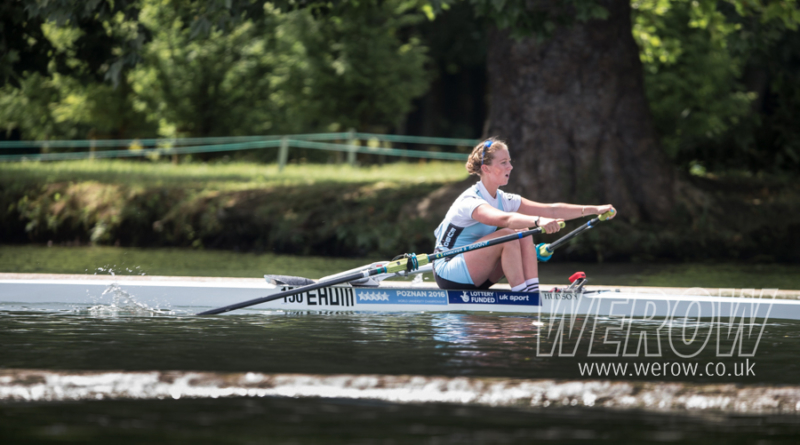 Laura’s sister Emma also shared success at Henley, winning the Championship 4- with Molesey over a strong Oxford Brookes crew. It was great to see a club crew seize victory over a university crew, who receive greater support and funding.

The other Championship events hosted an exceptionally high level of competition, attracting some of the top university and club women’s crews in the world. There were some potential GB u23 composite crews in action, starting with Lucy Glover and Charlotte Hodgkins-Byrne racing in the Champ doubles. Both girls won u23 gold in the quad last summer, Glover aged only 19. They made easy work of three time Olympian and Rio silver medallist Katie Greves and her partner Swiss junior Mattea Wuethrich, before storming to a secure lead in the final over a Leander crew of Anna Porteus and Katie Maitland, both returning from university in the States. 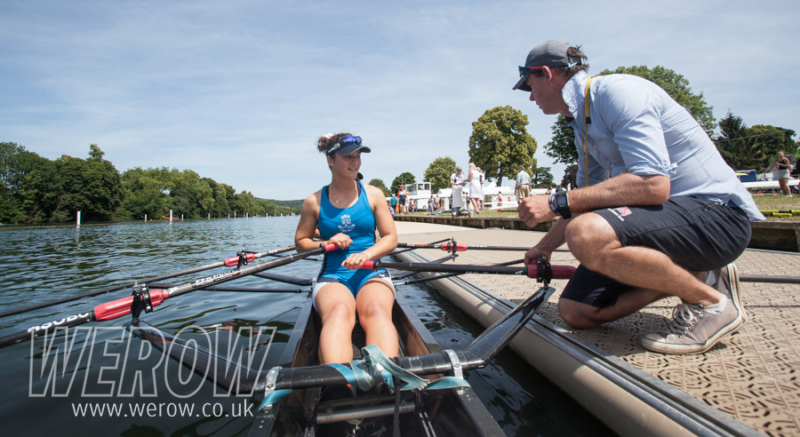 The Championship singles event became an all Australian affair after lightweight Imogen Grant lost out in her semi to Fiona Ewing from Sydney University, an athlete with Australian u23 honours. Despite Imogen having recently placed 4th in the LW1x at the first World Cup and giving a strong performance over the weekend, the challenge posed by the Australian heavyweight was too great. The Sydney University sculler went on to the final, where she came up against Cara Grzeskowiak of Capital Lakes Rowing Club, another Australian u23 athlete, who took the win by 4 lengths. 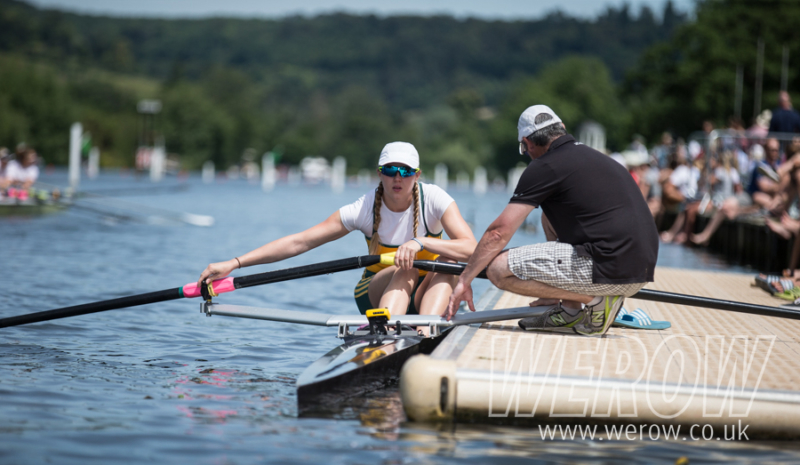 The Junior events showed strong pedigree and some incredibly mature racing from school girls. In the Junior 8s, there was a dead heat in the semi-final between National Cathedral School and Philips Academy. In the re-row, it was looking on track to be a dead heat again, until NCS made their move and drew away to take the win by 1/3 length. NCS went into their final having had an extra race, and the fatigue showed as despite putting up a strong fight, they conceded to Green Lake by 2 lengths.

Despite being on home waters Henley RC was overturned in the J4+ final by Putney High School who led pretty much all the way. The Putney High girls were gold medal winners at National Schools and lasts year’s J16 4+ winners in record time. The race took its strain on the Henley’s stroke who was taken from her boat by the rescue crew on the finish line. In the J4x- Latymer Upper led off the start but Henley nosed ahead by the end of Temple Island and extended their lead all the way to the line. The Henley crew has had an outstanding season winning at Fours Head, Schools Head and at National Schools Regatta. In the J16 4+ Kingston weren’t going to let anybody get in the way of their winning streak and overturned Marlow from the halfway point. 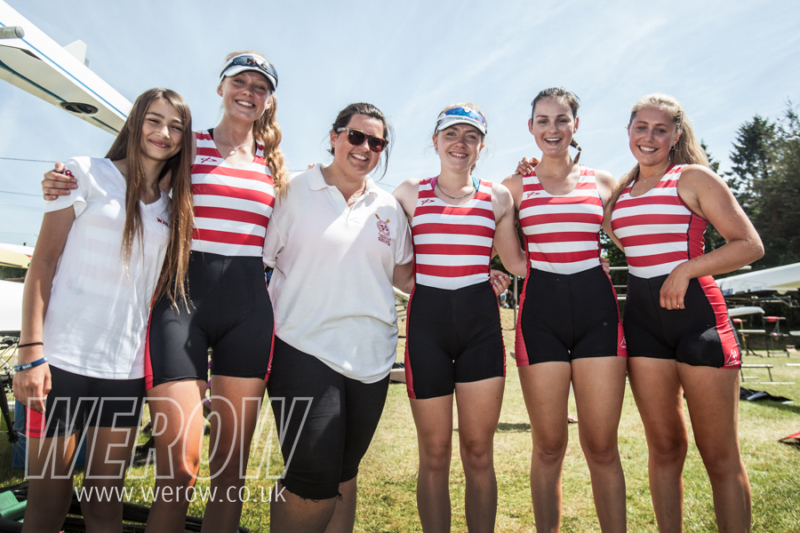 The new events program provided some evenly matched and exciting racing and many of the Championship crews now go on to continue preparation for Henley Royal Regatta.