Skip to content
Max Planer of the Deutschland Achter, nominated men’s crew of the year by World Rowing

Max Planer of the Deutschland Achter, nominated men’s crew of the year by World Rowing

Max Planer has been rowing since he was 10 years old and is currently reigning World and European champion as part of the Deutschland Achter, the German eight. He attended a state-run sports school in Magdenburg and it was from here that he made his international debut at 16 years old. Planer has represented Germany at the World Rowing Championships or Olympics at Junior, U23 or Senior level every year bar one from 2008 to 2017. In December 2017, World Rowing nominated the Deutschland Achter, men’s Crew of the Year.

Planer grew up in Bernburg, in former Eastern Germany and started rowing when he was 10 years old. At the time he balanced this with playing soccer at school but on weekends was forced to choose between regattas and matches. “I was not that successful training 2 or 3 times a week so like everybody at that age I wanted to race but I didn’t want to train.” Planer’s father encouraged him to attend a sports school in Magdeburg, a relic of the old Eastern Germany, to develop his rowing talent. As a point of interest, Magdeburg is the birthplace of GB coach Jürgen Grobler, who returned to Magdeburg Rowing Club to coach Wolfgang Guldenpfennig to a bronze medal in the 1972 Olympics. 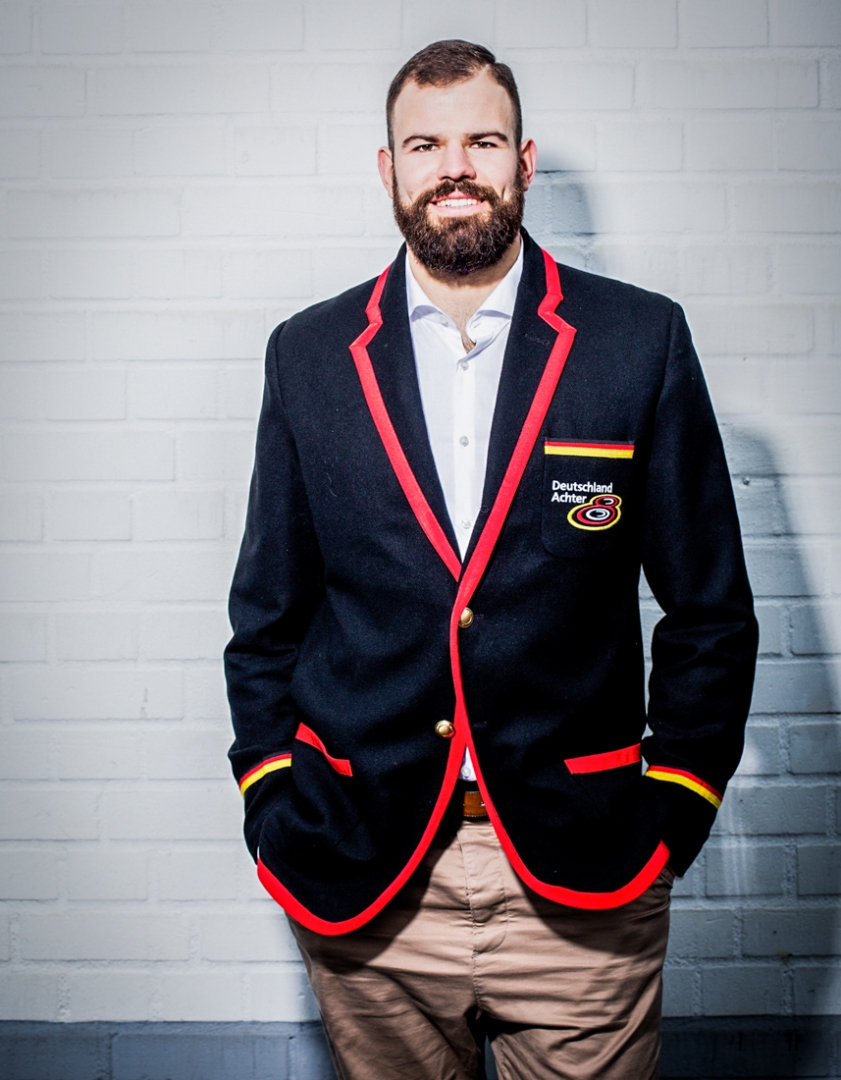 “Aged 14 I went to SC Magdeburg, 50km north of Bernburg as a boarder. It was a big step for me and there was a big training group with a lot of successful sportsmen. I was the worst of the group as I had no power or endurance – I was just tall and growing very fast. The first year it was very hard for me always being the worst always trying to get better and at the end of my first season I didn’t get selected to go to the National Championships.”

Max Planer, now aged 26, stands at 198cms and weighs 96kgs. He began to develop as an athlete during his mid-teens and in 2007 became German National Champion Under-17 in the double scull.  “That was the first really big win for me and a huge motivation. So in 2008, aged 17 I was selected for the JM8+ and we won the World Junior Rowing Championships in  2008”. The following year Planer repeated this success by winning another World Junior Rowing Championships gold in the quadruple scull. After leaving school Planer completed 12 months of National Service following which he went to Dortmund University to study journalism and row, making the U23 team in 2011 and 2012 in the BM8+ finishing 4th and 2nd respectively at the World Championships.

Planer’s senior career started in the M4- in 2013 when he made the B Final at the WRChamps in Korea, the year that current GB rowers, Matthew Tarrant and Alan Sinclair came 5th in the A Final. In 2014 he made the M8+, winning World Cup 1 and the European Rowing Championships and took silver at the World Rowing Championships. He was then moved back into the M4- for 2015 and 2016 but the boat never really delivered. At the Rio Olympics, the Germans came last in the B Final in a competition won by GB’s Gregory, Sbihi, Nash and Louloudis. 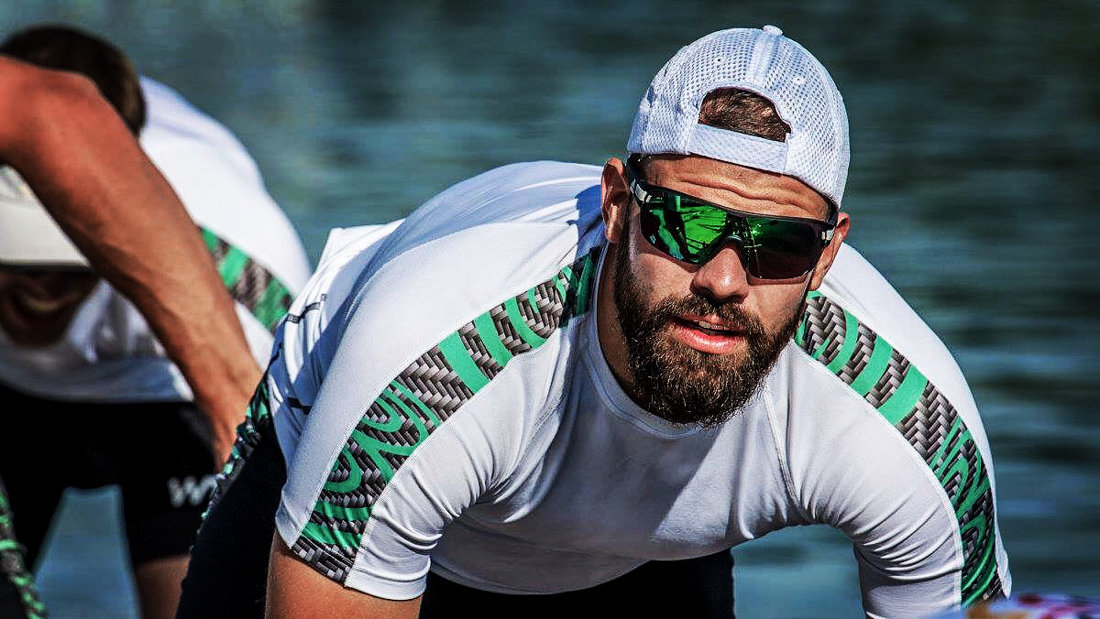 In 2015 and 2016 Planer came fourth at trials in the pair with Felix Wimberger but didn’t manage to secure a place in the M8+. “It was quite a hard time for me although I tried to stay positive and motivated. In 2016 Anton Braun, who finished first in the pair at the trials, came into the four but he was also very disappointed not to have made the M8+. It was very hard for us to handle in the training camp prior to the Olympic Games and it was not always so positive in the boat. Technically it was hard because we were not a good fit and I actually think we got worse during this period”.

After Rio Planer didn’t want anything to do with rowing and upon his return to Germany did no sport for two months. “I said to myself I will start rowing again when my body and soul tells me it’s time”. This moment came in October 2016 but the first few months back in a boat were hard having lost technical form in the previous season. Having consistently finished in the top 4 pairs at previous trials, Planer and his partner Felix Wimberger struggled for form. “Thankfully in the days leading up to finishing trails we found some speed, I don’t know where it came from, but we finished fifth. For various reasons two of the pairs in front of us were not selected for the M8+ so along with the sixth-placed pair, we made it into the eight”.

The German M8+ had an outstanding 2017 winning two Rowing World Cups, the European Championships, Henley Royal Regatta, the World Rowing Championships and the SH NetzCup. This success was recognised when nominated “Crew of the Year” by World Rowing in December. Planer thinks one of the keys to their success has been the trust between his teammates and between the crew and their new coach, Uwe Bender. “Bender has a different way of working with the athletes compared to Ralf Holtmeyer (appointed senior national coach in November 2017). Bender trusts his athletes and encourages harmony in the boat. This has been one of the keys for me so when it came to racing it was good to know that we all have 100% trust in each other. In previous years it was not always that way. The crew was based on three technically good pairs, so we started the season in Autumn of 2016 from a great place technically.” 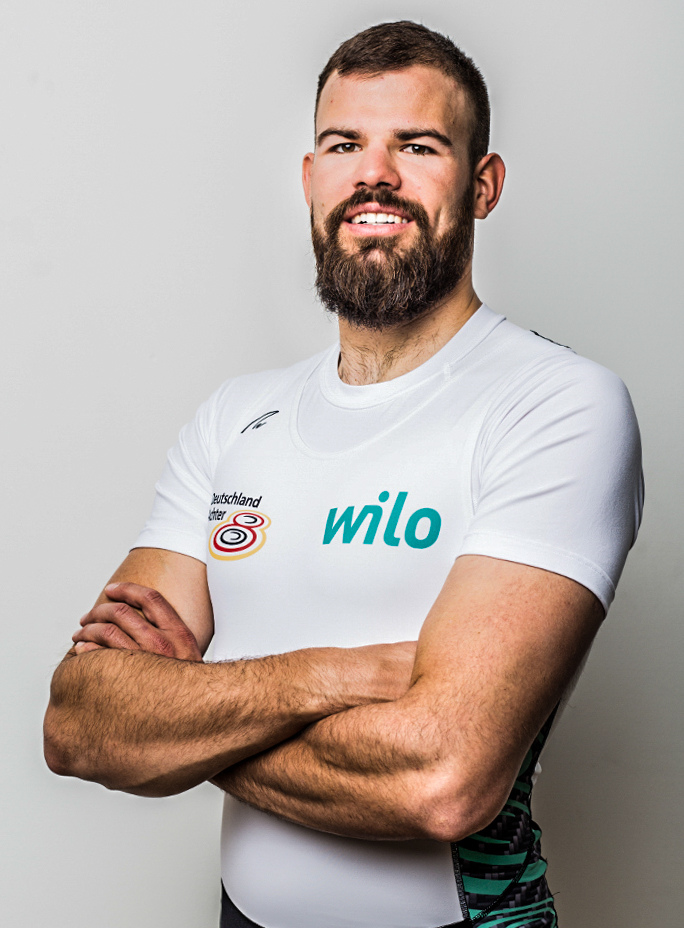 The German men’s eight has a long and special history in German rowing. “The Deutschland Achter tradition was born in 1960 with coach Karl Adam’s and the crew’s Olympic gold medal at Rome. It’s the only boat which is known in Germany; most people don’t know if it’s rowing or canoeing but they know the Deutschland Achter! This is the boat to be in and there is always pressure from the outside that the boat has to be good.  So we don’t have the option to focus on a four or pair to be top boat, it’s always the eight so that’s the boat to be in”.

Planer is obviously keen to be part of a winning formula for 2018 but is aware that there are some talented new rowers coming through the squad with big erg scores. “Christopher Reinhardt and Laurits Follert, who were in the M4- last year are very, very strong and finished 7th at trials last season, for example. We will have to do well in the pair at trials to keep our seats in the eight and it will be very close, which is what our coach loves. But we have a new assistant coach who just started at Dortmund, Tim Schönberg, and he wants to have a very competitive M4- so maybe there will be exciting options in addition to the eight.” 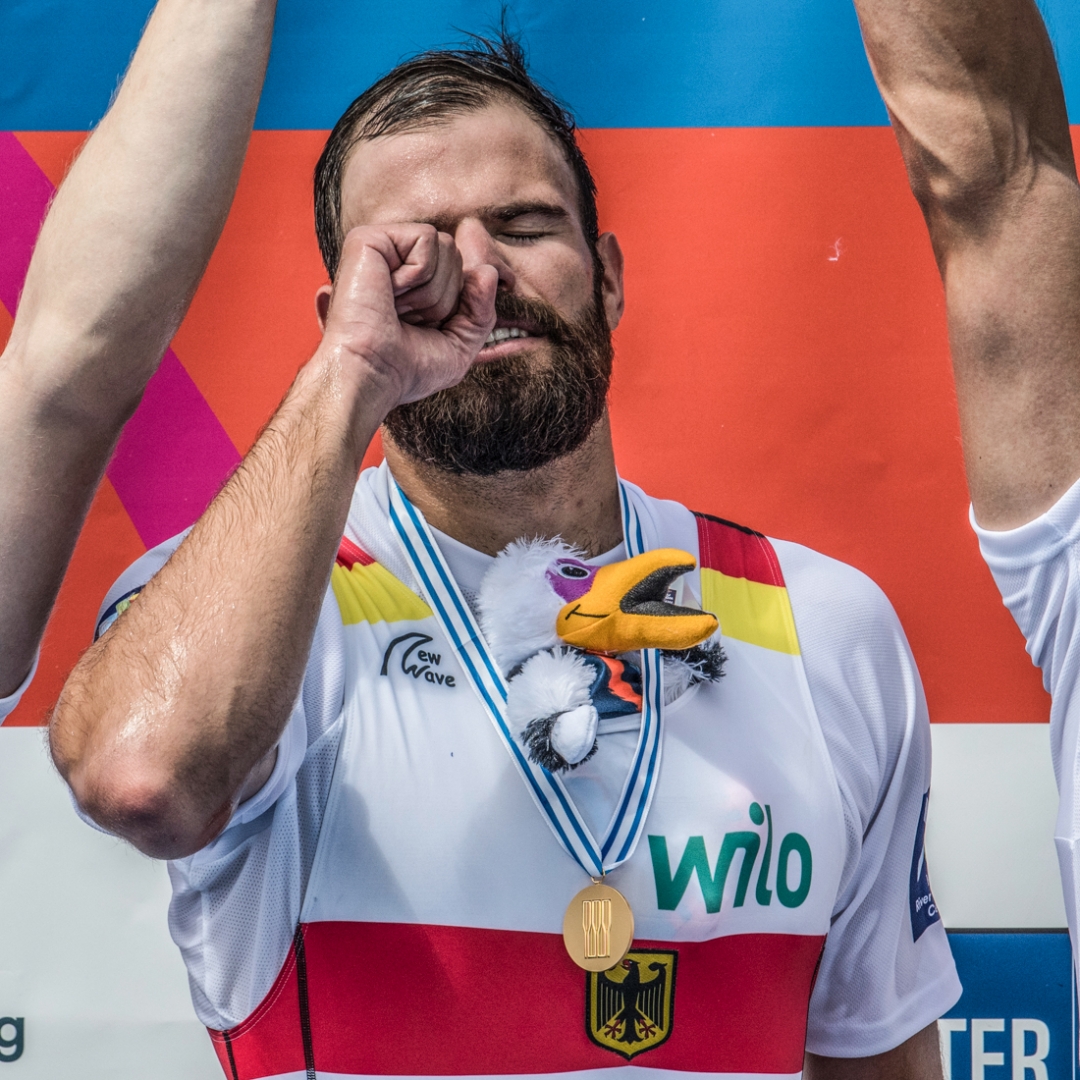 “My goal is to get selected for 2018 and then ultimately race at Tokyo 2020. I am really looking forward to seeing how far I can go but having the balance of my journalism course has been great. Being in the eight has been a huge step for me. My coach, Uwe Bender, says I have made a big improvement and am rowing far better than in 2016 so I aim to keep developing and improving technically so who knows what is possible?”