Martin Cross has published his annual rowing roundup for 2017 in which he lists his top 10 highlights from the international rowing season.  Cross won an Olympic M4+ gold together with Steve Redgrave, Richard Budgett, Andy Holmes and Adrian Ellison in Los Angeles in 1984. He is also a commentator at Henley Royal Regatta, Rowing World Cup and World Championship events. You can find his blog, The Blogging Oarsman here.

Tom Barras in the final of the M1x at the World Rowing Championships, Sarasota (WRChamps)  with the promise of more to come in 2018.

The M2+ final at WRChamps – the Hungarians, Adrian Juhasz & Bela Simon (coxed by Andrea Kollath), row through Australia in the last 250m.

Mark O’Donovan and Shane O’Driscoll in the final of the LM2- at WRChamps, never dropping below a stroke rate of 40/min – watch here

The final of the W8+ at WRChamps, great to see the Romanians back on top again and a fantastic contest between Canada, now coached by Dave Thompson and his previous charges New Zealand – watch here.

The Australian M4- at WRChamps, coached by Ian Wright, a fantastic crew of Hicks, Turrin, Hargreaves and Hill that dominated the event and one to watch for the future – watch here.

The New Zealand W2- of Grace Prendergast and Kerri Gowler’s performance at World Cup II at Pozdan where they set a new record time of 6:49:8 in not-so-fast conditions and beat Stanning and Glover’s World Record of 6:50:0. A real prospect for 2018 – watch here.

The M8+ Final at World Cup III in Lucerne where the Australians, adding their M4- crew into their M8+ pushed Germany all the way to the German stroke man, Hannes Ocik who kept a very cool head under pressure. Watch the Lucerne race here and enjoy the World Rowing Championships showdown below.

The Italian M2- Matteo Lodo and Giuseppe Vicino at WRchamps were so passionate and rowed down the Croatians who had switched from the double to the pair – watch here.

Robbie Manson taking the M1x World Record at World Cup II in Poznan, a race in which he rowed at 38 strokes per minute, beating Mahe Drysdale’s record of 6:33:0 by 3 seconds in 6:30:4 and in not-so-fast conditions – watch here. 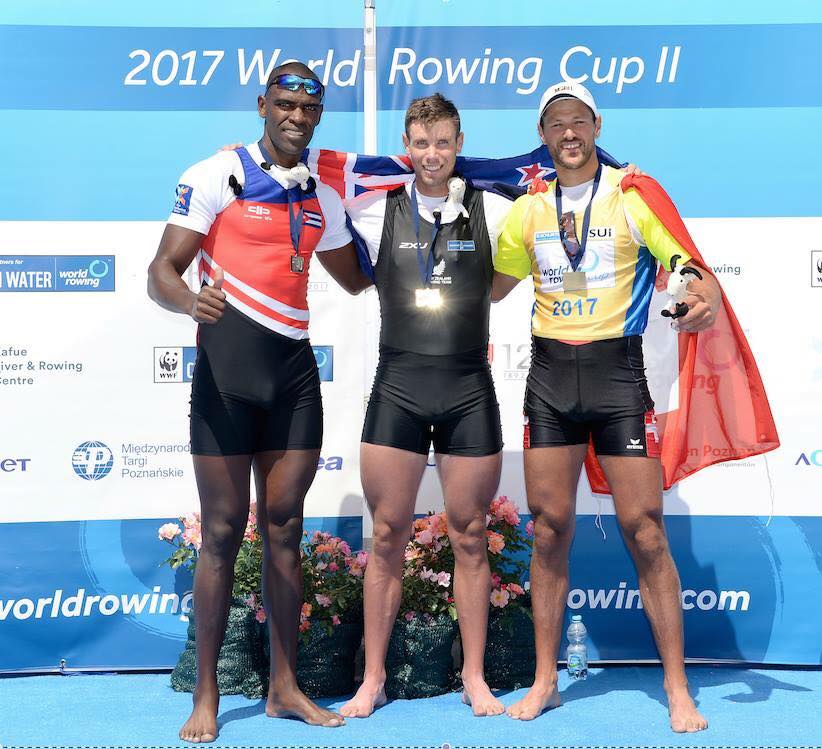 Footnote: World Rowing is partnered with Eurovisionsports.tv who do not allow embedding of official video (as you can with YouTube or Vimeo for example)  which makes it difficult to share other than by text link.