Skip to content
The main Event: The Open Men 2000m at the British Indoor Rowing Championships

The Main Event: The Open Men 2000m at the British Indoor Rowing Championships

The main event on Saturday’s British Indoor Rowing Championships was undoubtedly the Open Men’s 2,000m. The rowing debut of Bradley Wiggins ended as it began, with more questions than answers. Did a false start really account for Wiggins missing his target time by 20 seconds? Did he really walk away without comment to avoid detracting from the winners? Will we be seeing Wiggins competing in a boat next? Probably only Wiggins coach, James Cracknell, clearly enjoying his new role, will know.

Adam Neill was a worthy title winner and ambassador for the sport. At 27 years old he is 203cms (6ft 8in) and 107 kgs (16st 12oz) and towered over the journalists and cameramen in the post-race interviews. Neill was capably able to fill the vacuum left by Wiggins departure, satisfying a press pack now short on comment.  As he patiently posed for endless photos after the race, we can only imagine what impression Neill must have made on the younger rowers to whom he must have seemed utterly outer-worldly from their low perspective. 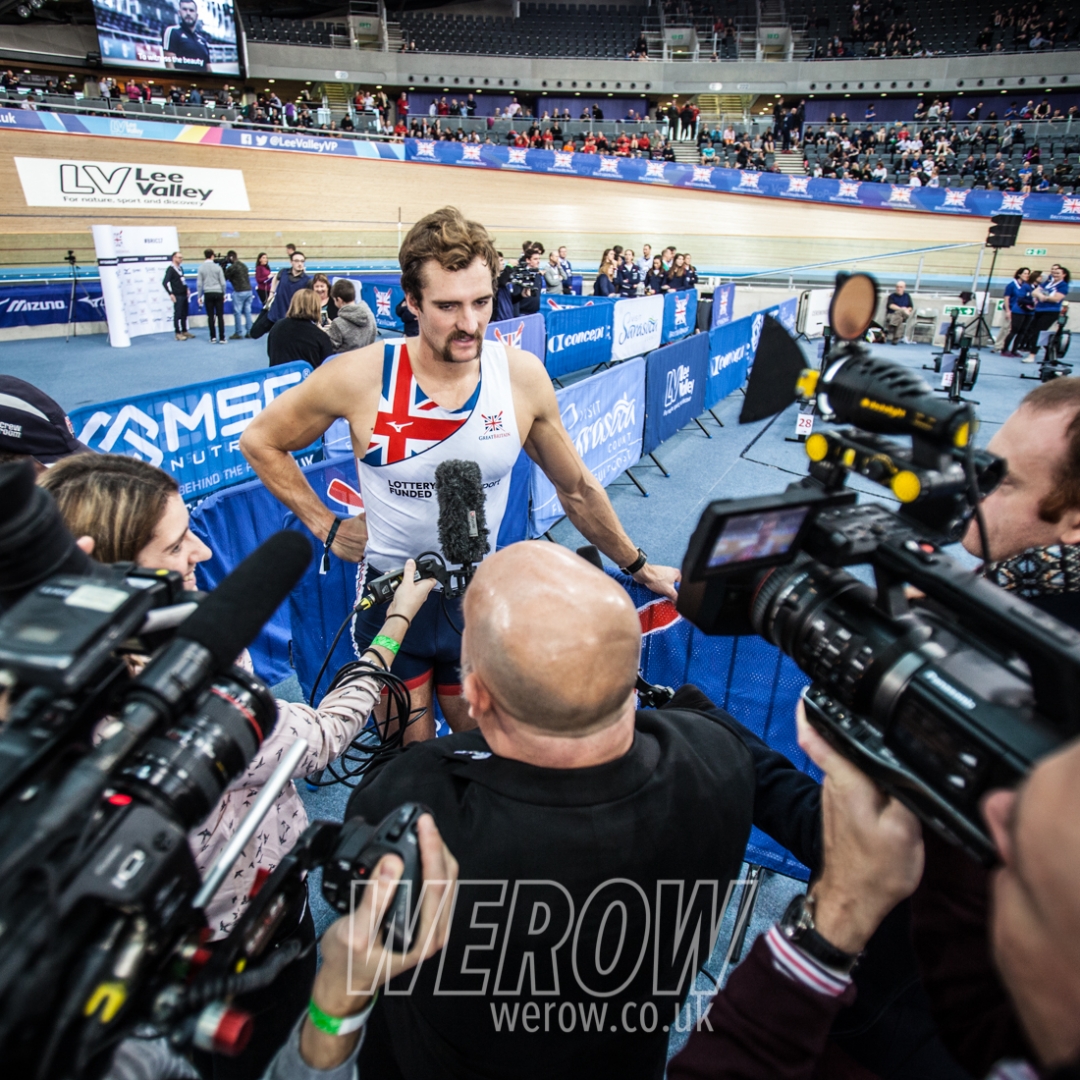 Adam Neill talks to the press after BRIC17 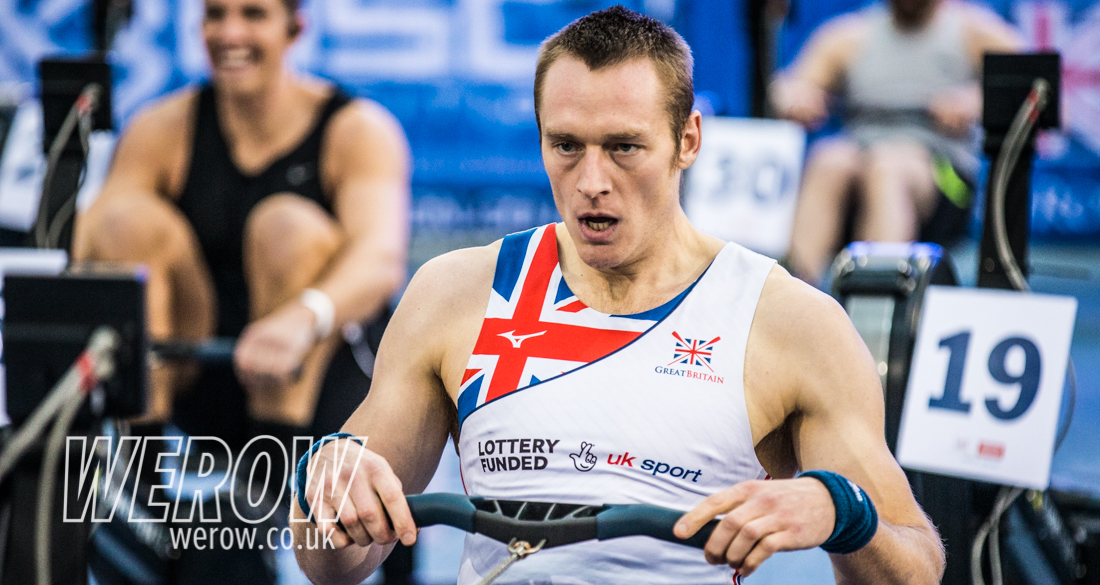 British Rowing must have been happy to see their entries cross the line ahead of a quality field which included sixth-placed Tim Grant of Oxford Brookes. Grant was the subject of a two-year ban for taking modafinil at the Ghent International Regatta in May 2015. In seventh place was former World U23 Champions sculler, Charles Cousins, 29, of Leander who went on to win World and European silver medals in the M4x in 2014.

Neill said that the Wiggins factor hadn’t really affected the GB team. “It’s such a personal thing doing a 2k on a rowing machine, you have to your own plan. Nothing was going to change how I do my race, I just have to stick to my plan. Before we started we were all chatting about Bradley and what time he might do but it’s just great to have the interest in rowing and Bradley has created this situation so it’s cool.”

Wiggins presence at BRIC was certainly to rowing’s benefit with mass media coverage of the event. When we spoke to Neill after the race he said of Wiggins potential to join the GB rowing team, “He’s Bradley Wiggins, he’s done so much in the world of cycling who knows what he can do. The sport of rowing takes your whole commitment so if he wants to commit to it I don’t see why he couldn’t give it a go”.

Away from the competition ring, the GB women’s team were up in the stands meeting their fans and signing autographs. A steady queue of young rowers chatted with Annie Withers, Beccy Girling, Emily Carmichael, Rebecca Shorten, Fiona Gammond and captain of the winning women’s relay team, Katherine Douglas.

Please feel free to download and share these watermarked images from the British Indoor Rowing Championships 2017. All we ask is that you share them with the world and credit us. If you chose to interfere with or not show our watermark please add a text credit hyperlinked back to werow.co.uk. Copyright remains with Angus Thomas/WEROW. 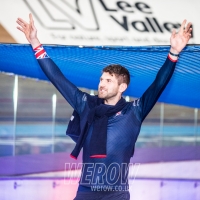 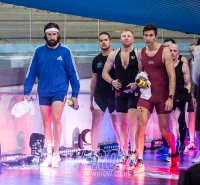 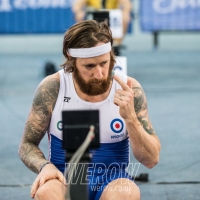 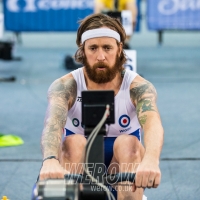 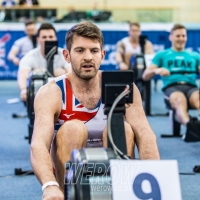 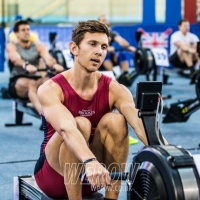 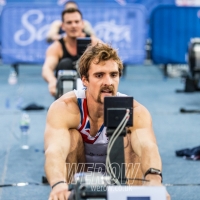 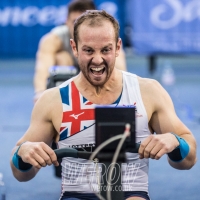 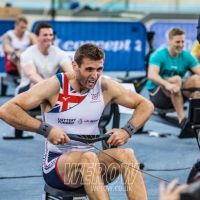 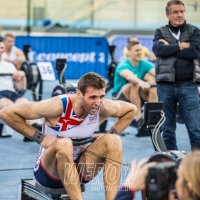 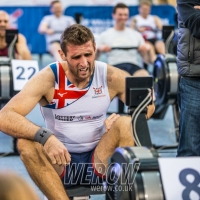 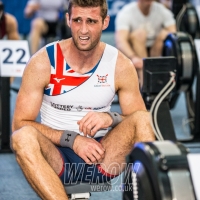 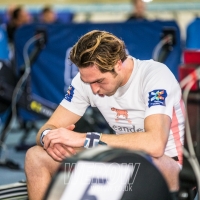 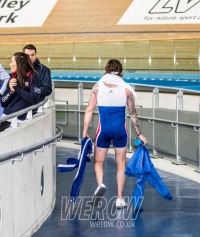 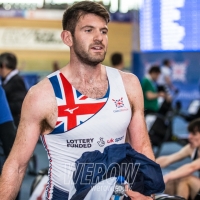 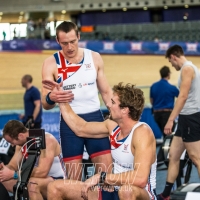 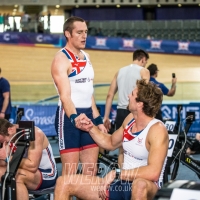 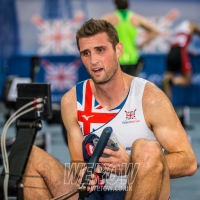 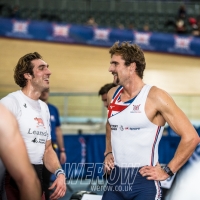 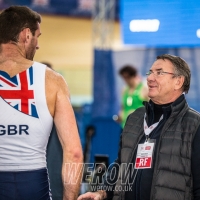 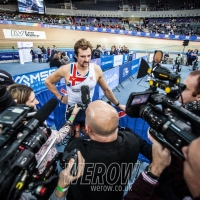 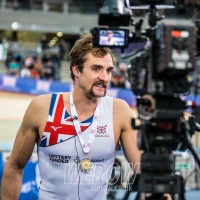