Lottie Orr of Henley Rowing Club is becoming a regular contributor to WEROW. This is the first of her reports following her crew’s win at the Fuller’s Head of the River Fours.

I started rowing at Henley Rowing Club in 2012. I grew up in a very sporty family, with 2 older sisters who started rowing the year before me. I quickly became very interested in the fun that they seemed to be having, and at the end of their first season, we all went to Dorney to see the successful GB rowing team at the 2012 Olympics. I am a member of HRC Junior Women’s Squad, previously coached by Chris Boothroyd, and now, for my final year as a junior, by Leon Redman.

As a squad, we have been very successful over recent years and I hope that this will continue throughout my final junior year as we build up towards the major events of the summer. Together with Sophia Hahn, Georgie Robinson Ranger & Issy Jonsson, we started this season off well with strong wins in the WJ4x at Fours Head.

Lottie Orr (3rd from left) and her crew 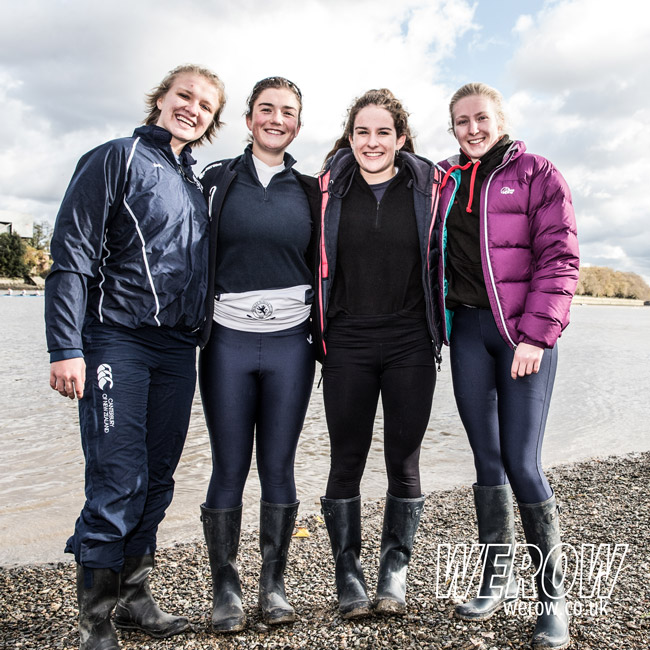 Fours Head is the first big race of the season and is what motivates me through the first few months of winter training which are always tough after a few weeks off in the Summer. Our crew felt quite a bit of pressure going into this race as our club had won the junior women’s quad for the last 3 years. We always spend the first few months of the season training in small boats, and it feels extra exciting when we first go out in the quad. We hadn’t had too much practice together and you never really know what to expect at the start of a new season, but our race went well and we had our best row we’ve had so far. We all felt pleased with the result which made sitting up at the start in the freezing cold for quite a long time all seem worthwhile!