According to the Evening Standard, 2019 is set to become the year that rowing finally comes into the mainstream. The Engine Room, founded by personal trainer Chris Heron, is the capital’s first fully-integrated boutique rowing studio and opened its doors this week.

There are three 50-minute classes on offer: Row 101, an introduction to rowing fundamentals, as well as signature classes Beats and Breathe, which have been designed with the help of British rower and Olympic gold medallist Matthew Tarrant. Heron, who was coached by Tarrant, pulled 6:34.06 at the Irish Indoor Rowing Championships placing him 807th on the Concept2 2,000m Logbook. (Adam Neill is the highest ranked British rower at 4th with the 5:48.20 he pulled at British Rowing Indoor Championships last December.) 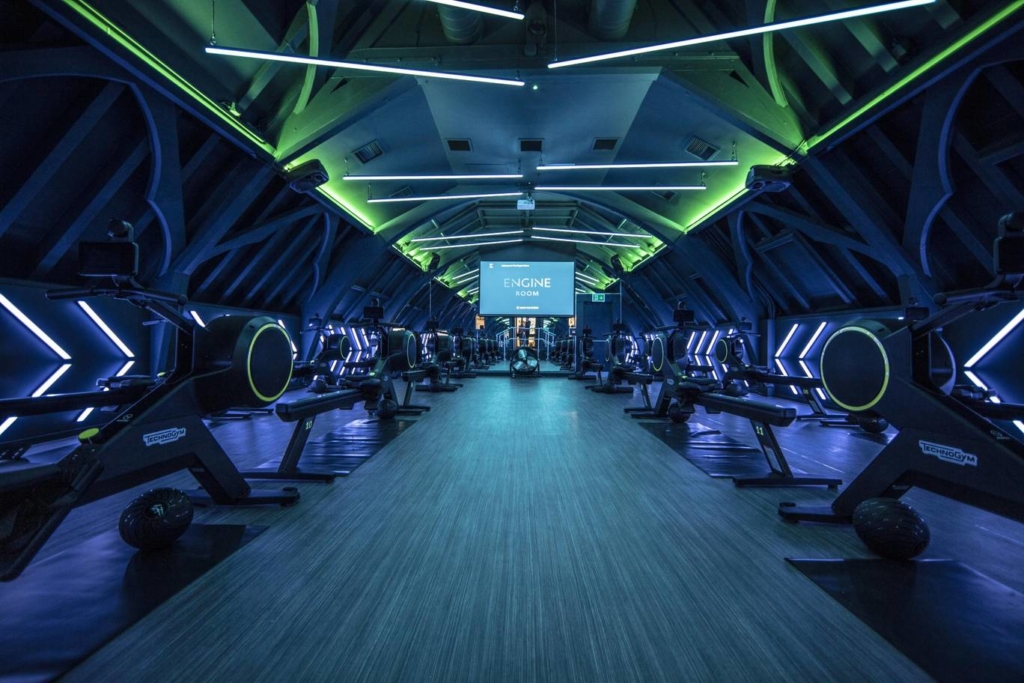 Set in a converted Grade II-listed church on the edge of Regent’s Park in Marylebone, inside the studio has that classic boutique feel, dimly lit, with blue strobe lighting overhead. It’s decked out with Technogym’s new Skillrow rowers, which each have screens on which you can track your performance using all sorts of metrics, from calories burnt to your 500m split. The studio will also offer things like body fat testing catering to those who like the idea of data-backed results.

The Beats class consists of three rounds: stamina, strength and a race, and you’ll alternate time on the rower with floor work to loud thudding music. The class begins with a nine-minute row which focusses on your 500m split. The floor work included a warm-up involving variations of burpees and mountain climbers and, later, aggression busting slams of the Technogym skilltools ball.

According to the Evening Standard, the best bit of the class is the two-minute race at the end of the class in which each row of machines competes against each other, while you monitor your team’s progress on the big screen, it’s all about moving in unison with the person in front of you.