The London Otters, one of the world’s largest LGBT+ rowing clubs with over 100 paid up members, held their second Annual Rainbow Races regatta on Saturday 24th November. The competition was held at the Royal Albert Docks in London in support of the Stonewall Rainbow Laces campaign to stand up against homophobia in Sport.

This is the second year the London Otters, the only LGBT+ rowing club in the UK, has organised the races. Competitors wore different coloured t-shirts, so each boat of 8 rowers represented a full rainbow.

Craig Batton, chairman of the London Otters Rowing Club said “It was fantastic to have the support of other rowing clubs, racing the rainbow colours, showing their support not only of us as an LGBT+ club but also making a stand against homophobia in sport. This event is going from strength to strength and there are already plans to make next year’s event even bigger and to invite even more clubs to take part.” 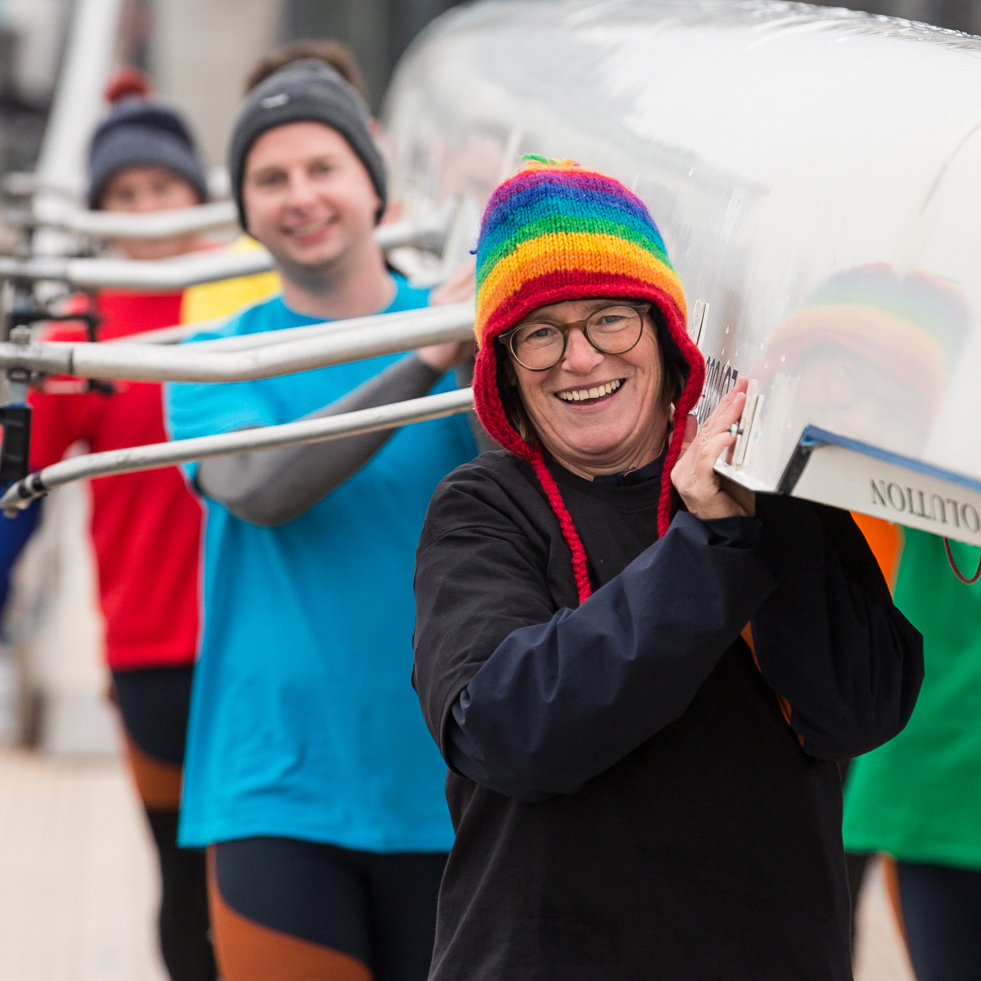 The races were held over 1000 meters and competitors took part in three heats and a final. The London Otters emerged triumphant, winning the final in 3:43. The same boat also had the fastest overall race time of the competition, winning their heat in 3:29.

The London Otters, one of the largest LGBT+ rowing clubs in the world, was established in 2014 by Warwick Lobban and Grant Ralph to help break down some of the barriers that prevent LGBT+ individuals getting involved in sport.