A new record for rowing the length of Loch Ness was set yesterday afternoon by a 13-man crew led by Scottish maritime adventurer Jock Wishart. They broke the existing record set 26 years ago in a new time of 2 Hours 26 minutes and 57.04 seconds. It beat the old time by 1 minute and 12 seconds.

The team set out from Dores Inn at the north-eastern end of the loch shortly after 2pm in calm and still conditions. Part way down the course, the boat began to benefit from a slight tailwind and 1 hour into the route were exactly on course for a new record.

The boat, a Trainera, is unique to the Basque region of Spain and is designed to cut through the coastal waters of the Bay of Biscay. It is a fibreglass copy of the old fishing boats which has evolved to into a lightweight carbon fibre rowing machine. The popularity of the racing boats on the Basque coast mean the races draw crowds of thousands and the weekly races are televised to a large audience. Jock Wishart’s team, sponsored by Aberdeen Standard Investment, have brought the boat the UK to make several record bids.

Jock Wishart, who led the successful attempt said: “I am absolutely delighted to have broken this record which stood for such a long time. The crew were terrific. They used their power and stamina to achieve this and I suspect their new record could stand for some time.” 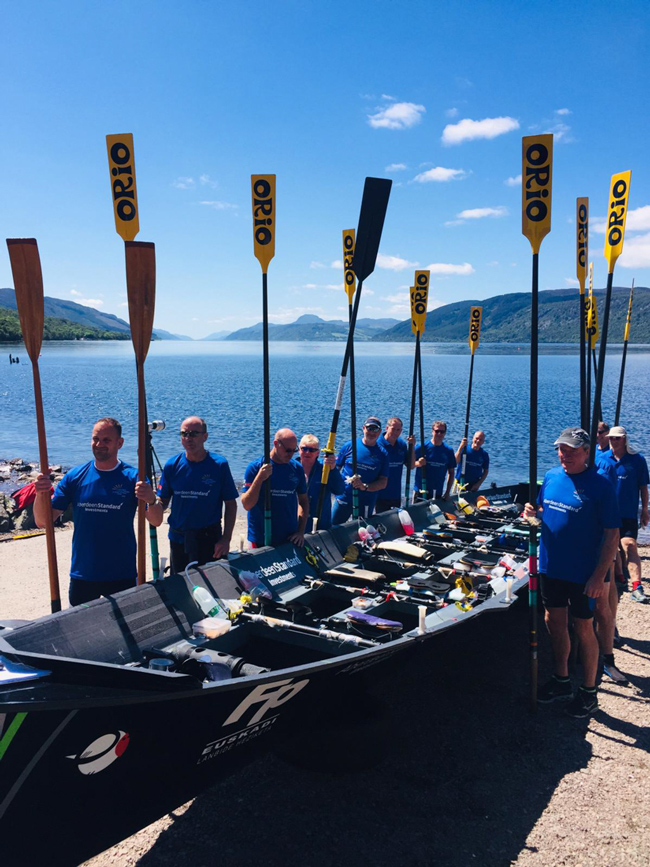 Jock Wishart and his crew

“This is a truly monster row at almost 21 miles and we had hoped for a bit more assistance from a tailwind. But that eluded us for a large part of the row. It was welcome when it finally appeared around halfway down the loch” Wishart added. “You just never know what the weather is going to do here on Loch Ness and today it was fairly kind to us, even though the temperature was higher than expected.” 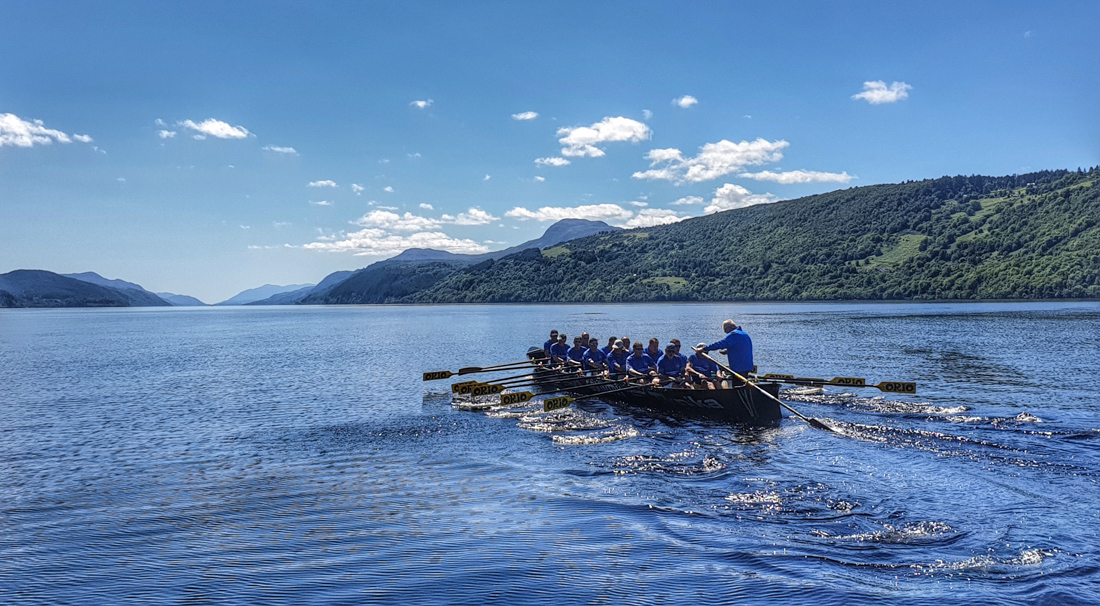 Speaking near the finishing line at the canal lock gates at Fort Augustus, Wishart said “This was very, very tough and it is a relief to finish, but rowing challenges like this bring our love of the sport alive.”

A support boat tracked the trainera crew all the way down the loch and timekeepers and scrutineers were on hand to verify the record for the Guinness Book of Records.

Wishart’s previous adventures include rowing the Atlantic, rowing to the North Pole, leading the Cable and Wireless Adventurer team on a record-breaking circumnavigation of the globe in a powerboat and winning yachting’s prestigious Commodores Cup with a largely Scottish team in 2018.