Katy Wilkinson-Feller of Tideway Scullers rounded off her season representing GB at the European Rowing U23 World Championships in Brest, Belarus last weekend. This week she is heading to Denmark for a year as part of her degree course and spoke to WEROW during her brief turnaround at home.

After a frustrating two years of nursing a back injury which caused her to miss final trials, Wilkinson-Feller was grateful to have got her first run out in a GB vest. “The course at Brest and the place in general was just amazing, I’ve never been anywhere like that before. It was a very exciting and beautiful place to be.” 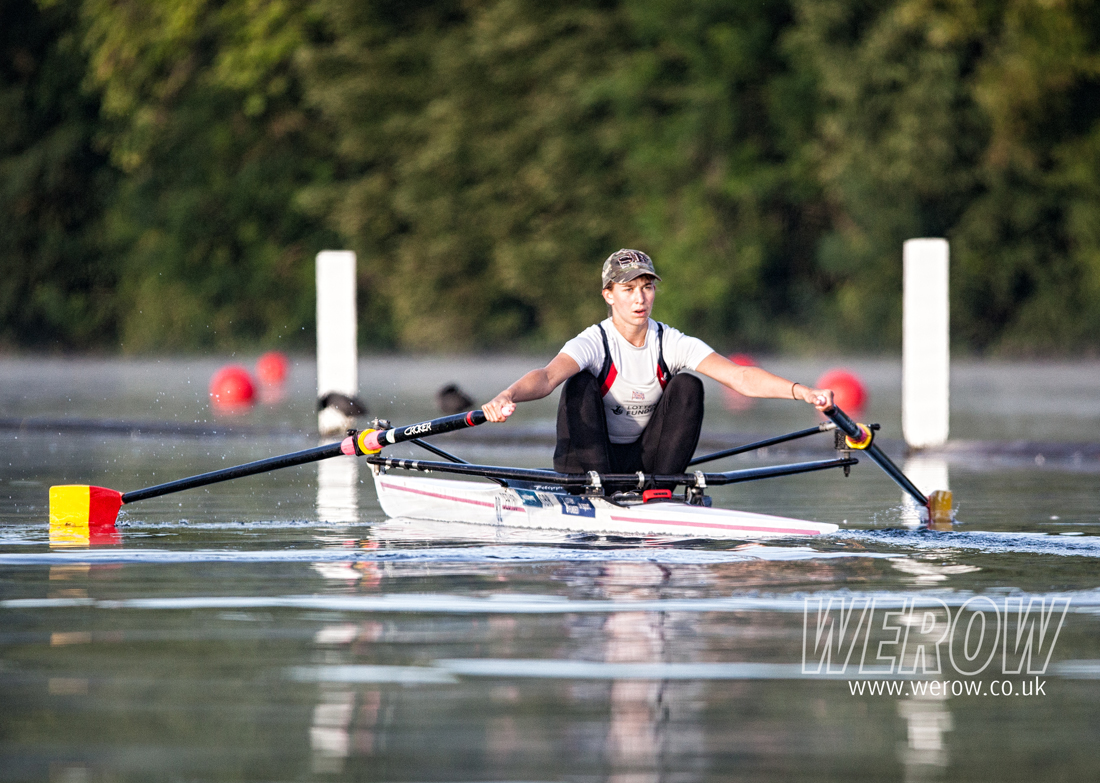 A fashion design and textiles student at Kingston School of Art, Wilkinson Feller is heading to the Kolding Design School in Denmark this week on an Erasmus year. She sees it as an opportunity for a re-set after struggling with her injuries but will be keeping her oar in with a club in Denmark.

Wilkinson-Feller started out at school with the ambition to play netball for England but after a friend introduced her to rowing aged 16 she was hooked and joined Deben Rowing Club in Suffolk. Tim Earnshaw of Tideway Scullers coached Wilkinson Feller at Deben and lured her to the club in 2016 and into Kieran Clark’s women’s squad when she moved to Kingston.

“In 2016 I started getting pains down my legs and found I had a spondylolisthesis, where one of my vertebrae had slipped forward. To make matters worse I developed an arthritic facet joint. So any lateral movement made it worse.” Wilkinson-Feller was part of the Tideway Scullers crew that won the Intermediate Pennant at the Women’s Eights Head of the River (WEHoRR) in March. That was her last sweep race as the lateral movement of rowing aggravated her condition but fortunate, she was able to scull and so spent the rest of the 2018 season in her single. 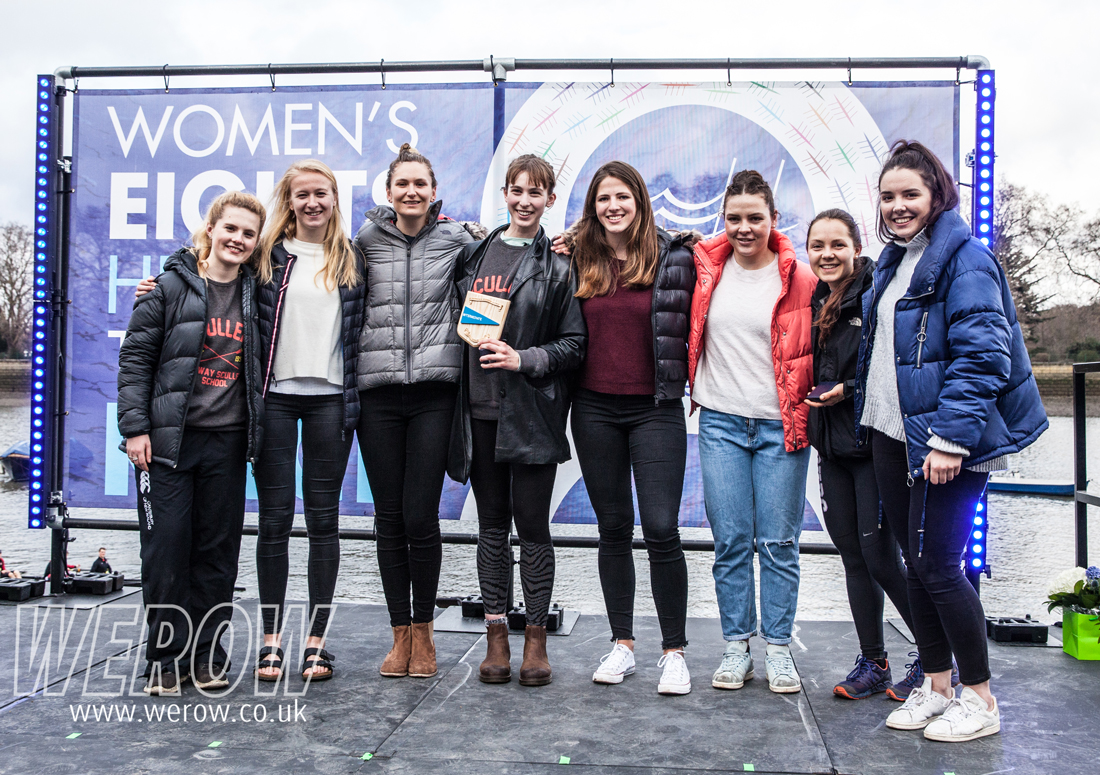 Despite her health issues, this year has been one of the best for Wilkinson Feller. At Met Regatta in May she placed second to former U23 World Champion, Lucy Glover of Warrington in the Championship singles. At Henley Women’s Regatta, she was beaten by the eventual winner, Cara Grzeskowiak of Capital Lakes Rowing Club. She was ecstatic to be given a bye at Henley Royal Regatta where she went out to Ukrainian sculler Diana Dymchenko. Dymchenko went on to place third at the European Rowing Championships in Glasgow in August. 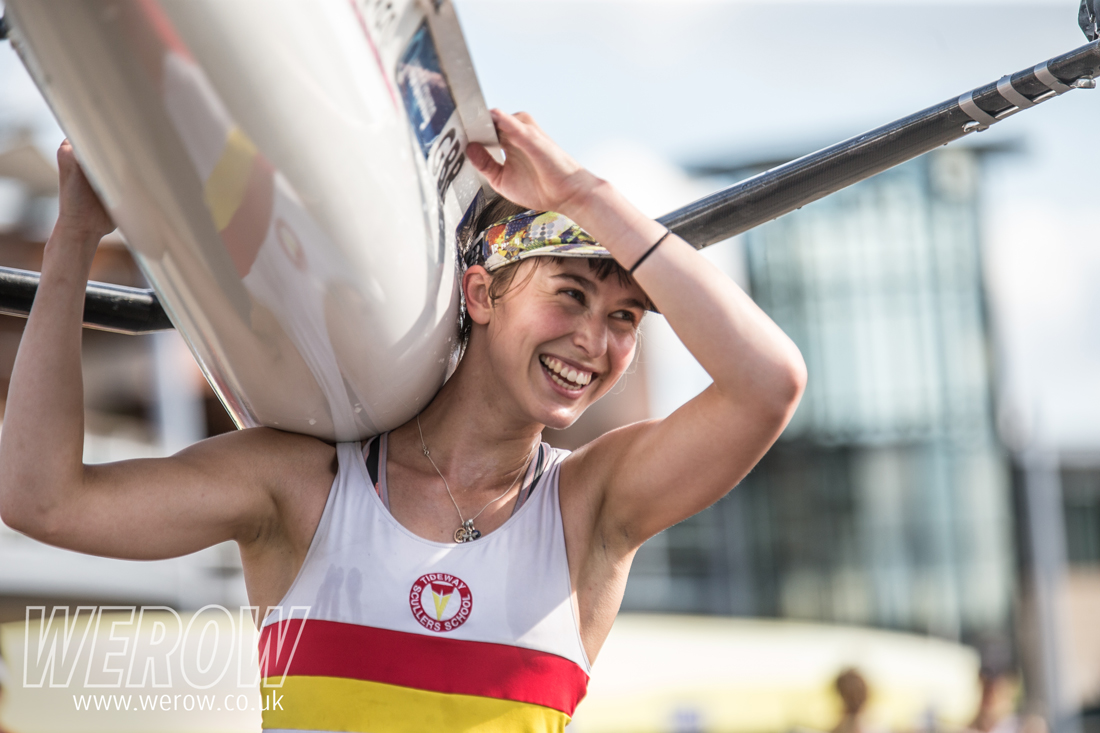 Despite winning the B Final at the European Rowing U23 Championships, Wilkinson-Feller was frustrated with her result, hoping to do better but says getting her GB vest at last was a career highlight. As for a favourite highlight of the year? “I did a double with Fran Rawlins at the Pairs Head and I was just back in a boat after injury. I have never blown so badly in a race but there was just something amazing about that feeling that you are finally back on the water. We didn’t win but it was an amazing feeling to be finally back.”

Wilkinson-Feller heads to Denmark this week and is looking forward to resting her back and exercising her mind.