Katherine Douglas, 28 is a member of the British Rowing women’s squad that competed at the World Rowing Championships in Sarasota.  Early promise on the school athletics field was channelled into rowing at Oxford Brookes but a car crash, back issues and a recent rib injury have meant that her path was not always smooth. Now back training at Caversham we sat down with Douglas at her home club, Leander.

Katherine Douglas was born in Scotland and has a brother who represented GB as a swimmer and a GB age group triathlete sister. Douglas was educated at Fettes College in Edinburgh and despite her father’s wish for her to play tennis well, she excelled at athletics and cross country running. After school Douglas applied to Oxford Brookes University where she read Geography & Anthropology and it was here that she discovered rowing. 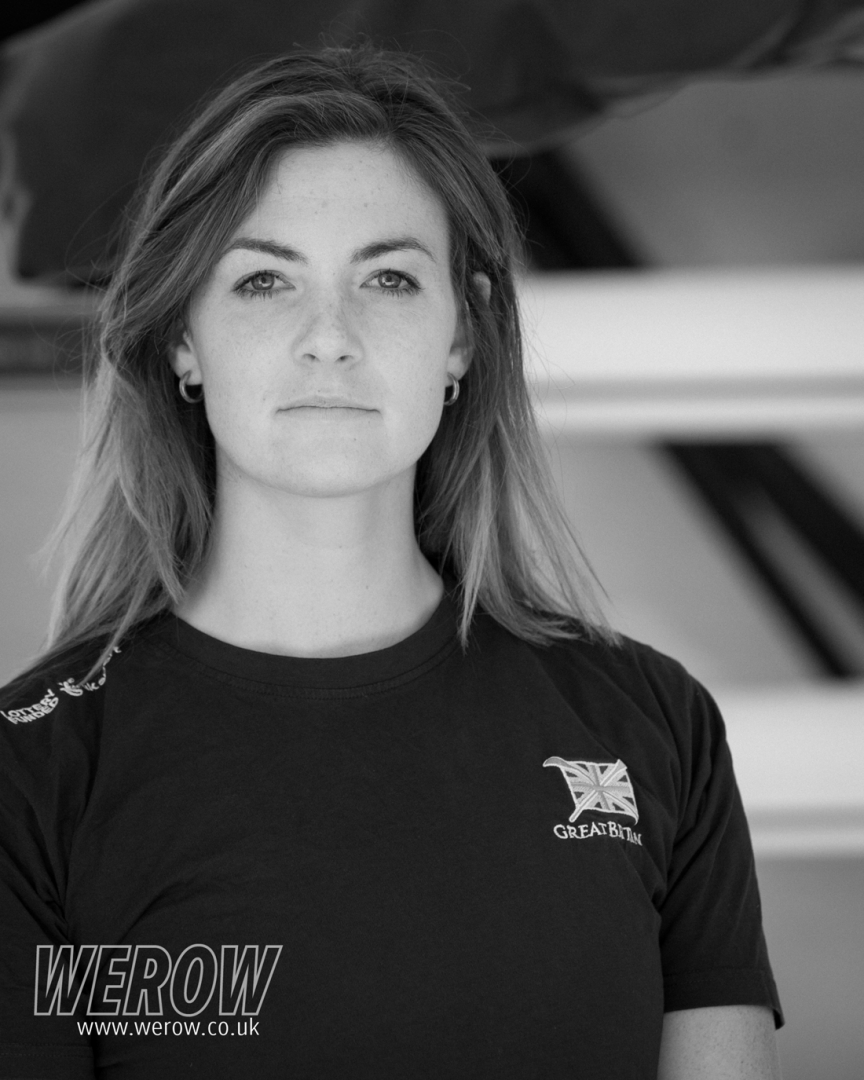 “Brookes didn’t have an athletics team so at the sports fair in Freshers I signed up for everything including ultimate frisbee, rugby, trampolining and American football. I just wanted to get stuck in and get to know people.” She was spotted by a rowing coach at the fair and persuaded that being tall at 181cms (5 ft 11in), she should try rowing. Despite her initial scepticism, she persevered. “I remember the first session, it was all running and circuit training and I thought, I can do this. Then after a few sessions on the water, I got hooked – it was just an addictive sport.”

Douglas’s early undergraduate life comprised the usual student antics and her ability to sustain her athletic performance whilst managing an expanding social life was a testament to her determination. Douglas was part of a hugely successful Brookes four comprising Christina Thomas, Elizabeth Cotrell and Chloe Willis. Together they won the Elite W4+ at Henley Women’s Regatta, W4- at BUCS and again W4- at EUSA in 2010, establishing the OBUBC women’s squad as serious contenders.

“After this success, my coaches Henry Bailhache-Webb and Paul Moss suggested that if I knuckled down I would stand a chance of being selected for the GB U23 squad at Trials. At first, I was horrified as I couldn’t even scull! So they gave me an old club single to use – I couldn’t even get my blades off the water”. Despite this Katherine performed well at the assessment and made the cut for the eight. Making her GB debut at the U23 World Championships 2011 in Amsterdam, Katherine rowed at 6 behind future pairs and eights partner and fellow Scott, Karen Bennett. 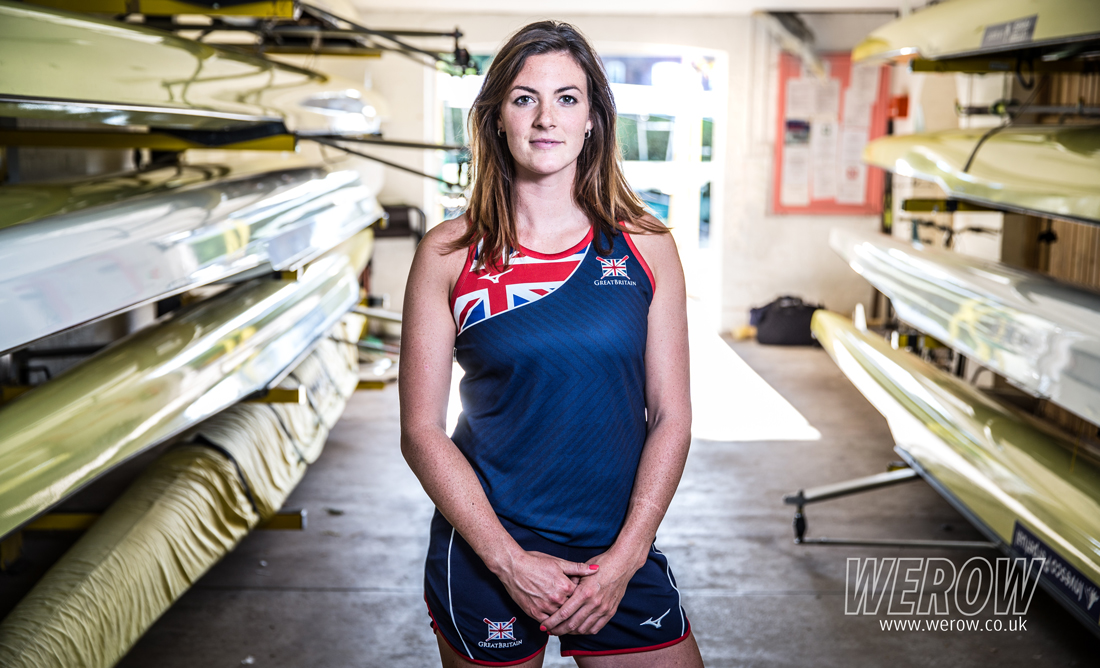 In 2012 Katherine Douglas was invited to the senior squad but an injury sustained at the January Sierra Nevada training camp meant she had to sit the year out in Oxford. However, watching her friends and squad members at the London 2012 Olympics that summer strengthened her resolve. “I was blown away by seeing my friends win medals at London and I thought I need to be part of this”.

In 2013 Douglas made the move from Brookes to Leander and trialled again making bow in the GB quad, coming 4th at World Cup 1 at Eton Dorney. Later she was selected for the eight but subsequently lost her seat to Mel Wilson and relegated to spare. For Henley Royal Regatta, Katherine was called up to replace a sick Lou Reeve in the final of the Remenham Cup and helped the crew to victory. Later that year Douglas went to the World Championships in Korea as a spare but a niggling disc injury developed into a disc protrusion and the rest of the year was spent rehabbing.

Douglas didn’t make the team in 2014 or 2015 but in February 2016 she won Trials in a pair with Fiona Gammond. She landed a seat in the development eight that lost in the final to Princeton University at Henley Women’s Regatta and won at Holland Becker. However, Douglas had a car-crash in early 2017 and suffered a back injury and concussion. “Every time I was, say, doing a squat, I just got so dizzy. So I took a month off and saw a specialist up in Birmingham. After that, I had to go and see Ann Redgrave, CMO for British Rowing for an MOT which thankfully I passed”.

Katherine Douglas spent the 2017 season as part of the women’s eight collecting a Silver and a Bronze at World Cups. At Henley Royal Regatta the Eight were beaten by a mature New Zealand boat, who in turn were beaten by Romania at World Cup 3 with GB coming third. At the European Rowing Championships in May, Douglas was moved up to stroke the Eight and after a furious first 500m had to settle for 5th place.

“I definitely feel like I’ve matured this year. But when we lost the Europeans I was fuming. What the hell happened? I just got so cross, cross at myself but I’m very black and white. Like when I was doing high jump at school – I mean it’s always failure isn’t it? You go until you fail. And I couldn’t hack it”. 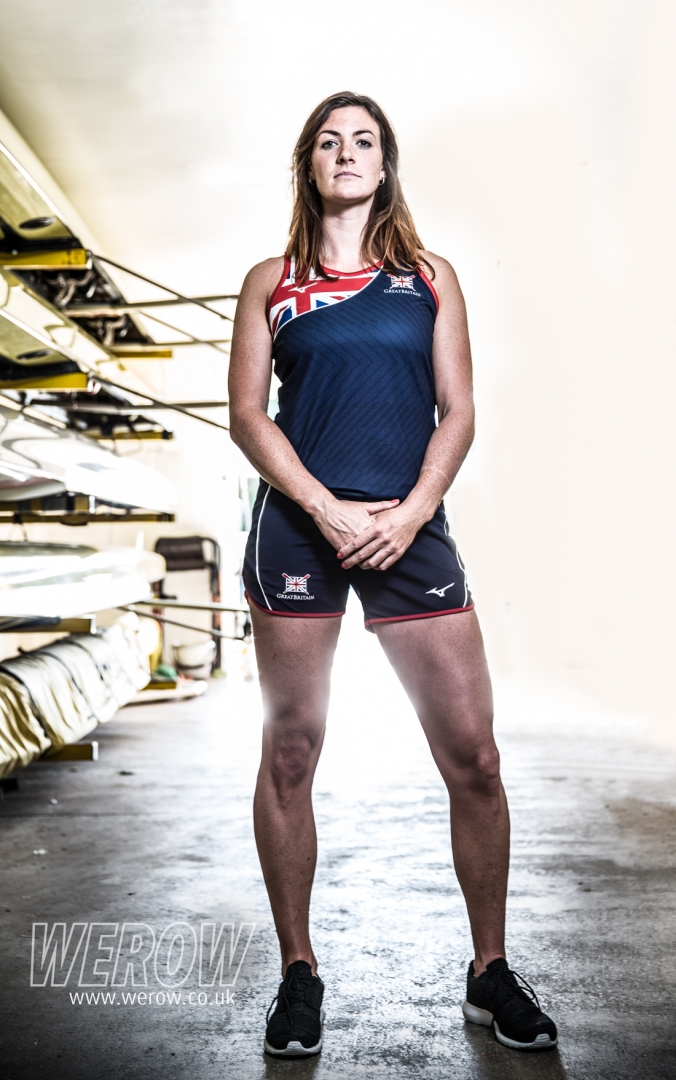 “I just love rowing and I have a passion for the sport. I love racing and I love being around like-minded girls who are equally driven and have the same passion. In those dark times post-Korea, a friend used to say to me “the wolves at the bottom of the hill are always hungrier than the wolves at the top the hill”. That has stuck with me and propelled me forward”.

Douglas ended the season in the eight at 6 between Karen Bennett at 7 and Jo Wratten at 5 and had a successful training camp in Varese. “We spent three weeks preparing for the heat of Sarasota but during the 10-day isolation Camp in the UK prior to flying out to Florida, I sustained an injury to my back ribs. After a scan it was identified as a stress oedema so I spent the rest of the time in the UK and the first week of Sarasota in an air-conditioned gym, rehabbing and undoing all the great acclimatisation work I had done in Italy.”

“Two days before our first race I did a 1k piece in the 2 seat and was passed fit. It was really disruptive to the crew. The first race didn’t go well for me – we did our 40-minute warm-up in full sun and sitting on the start line, with sun-cream in my eyes, Karen said it wasn’t even this hot in Rio!  I suffered after my gym rehab.” 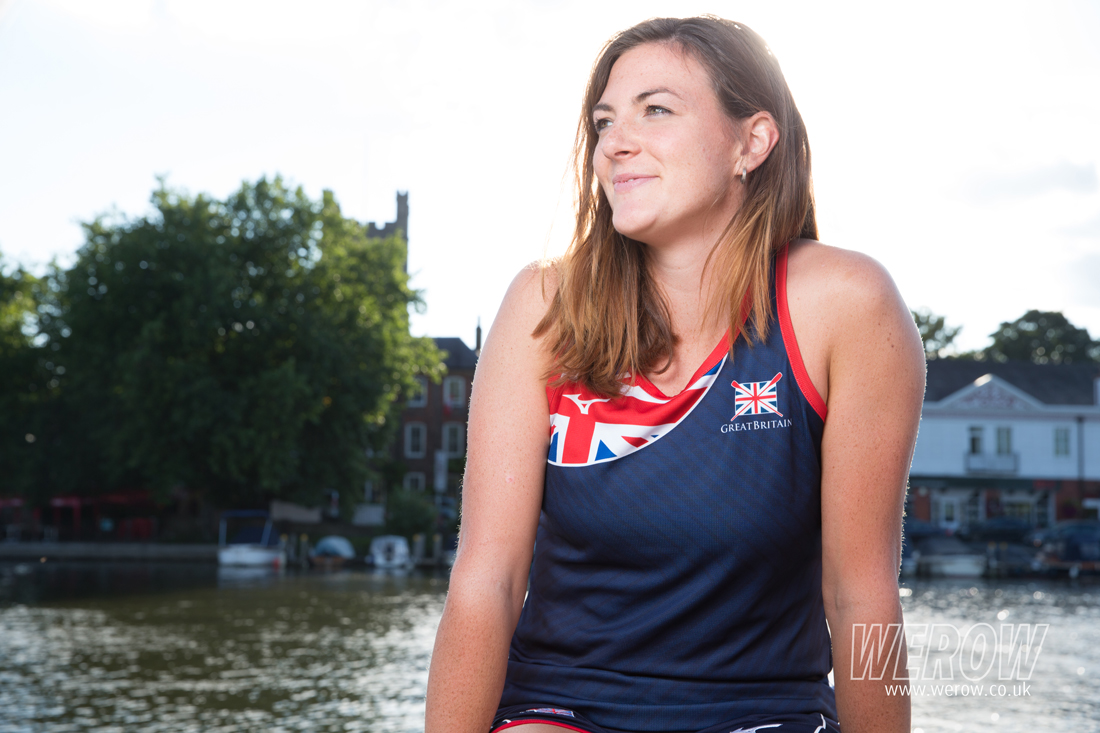 The W8+ final was one of the highlights of the World Rowing Championships with all six crews finishing within four seconds of each other. “All of us believed we were capable of a medal. The rep knocked our confidence – nothing changed, it just wasn’t us and we just needed to get our confidence back. We had a reset at 1,000m and all the way down the course in our final Matilda was keying us into that belief.  It was a great race to be a part of.”

I think all of us in the eight definitely matured through this year. Fiona Gammond, Karen Bennett and Holly Norton have never been to a World Championships and not finished on the podium but they were a great inspiration for the rest of us. It was a tough end to the campaign for us all. It was also the first time any of us had rowed in an Olympic class boat at an international. We’re all definitely more experienced now than we were – it feels like a different game now and I’m looking forward to the new season.”