At this time of year, Jeannine Gmelin is usually competing at the Swiss Rowing Championships on the Rotsee near Lucerne. This year the reigning World Champion has come to Henley Royal Regatta to experience racing between the booms against new competition to learn more about her craft. 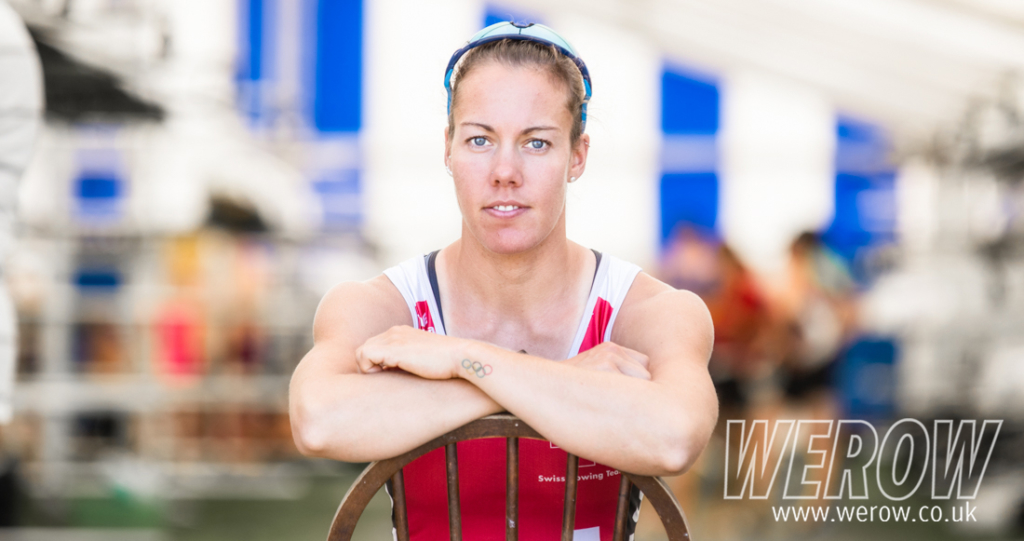 Jeannine Gmelin, fifth at the Rio Olympics, in the Henley Boat Tents this week

Jeannine Gmelin has just turned 28 and has been rowing since the age of 13. Living close to Lake Greifensee near Uster, 20km west of Zurich, Gmelin and her family had spent a lot of time in all weathers on the lake. Looking for a new hobby she and her younger brother took up rowing although for the future World Champion it wasn’t love at first sight. “My first experience in the single was horrible and I remember thinking I’m not going back in this boat again!”

Determined not to be beaten, Gmelin persevered and quickly mastered the single scull. After leaving school she served an apprenticeship in accounts administration for a childcare company. It wasn’t until she joined the Swiss army in March 2015 that her sculling career took off.

Gmelin is the grateful recipient of one of 18 sporting posts funded by the army and whilst technically a soldier her obligation to the force is to train to the best of her ability. The army took over her training and education as an athlete. 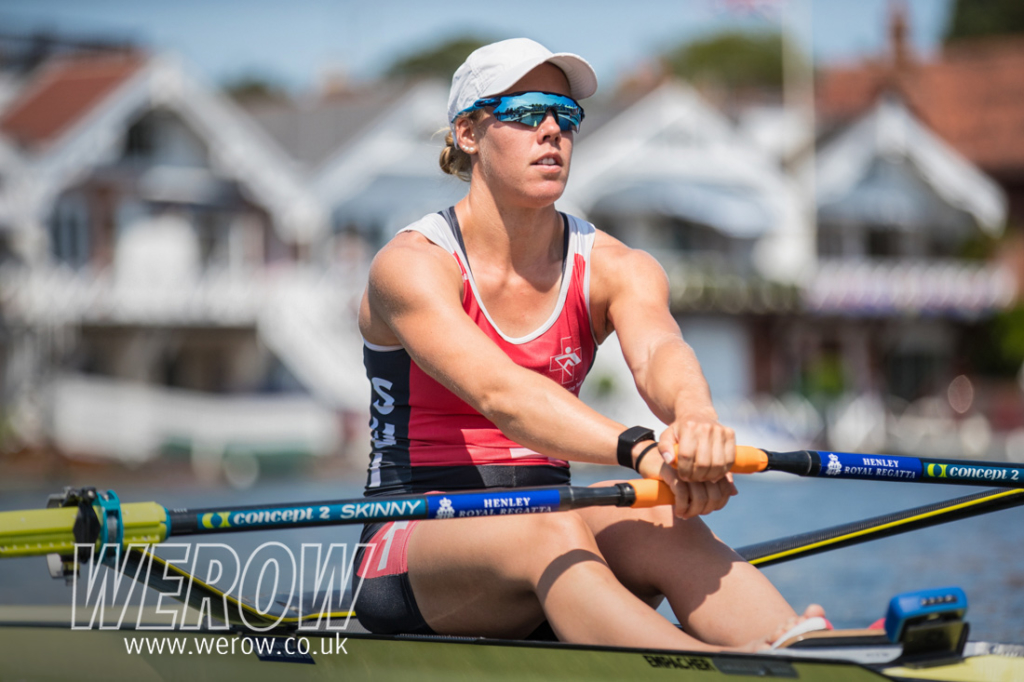 Gmelin is now based in the town of Sarnen where the National Training Centre is based, travelling back to Zurich to catch up with friends every fortnight. She is coached by Robin Dowell, formerly the head coach at Sir William Borlase’s Grammar School, and one time head of the GB Junior team.

“The day I met Robin I knew it would work out and I really respect him both as a coach and as a person. Of course, I developed my physical capabilities but he helped me also to develop as a person and that’s had a big impact on my success. Robin’s stubborn about the quality of the training, he taught me that I have to look after the small details.”

Gmelin is a perfectionist herself and is constantly searching to improve all areas of her athletic life, from sleep to recovery, nutrition and training. She told WEROW, “I like to hear when I do something well, but I prefer if Robin points out the things I can do better because it means these are the areas I can improve.” 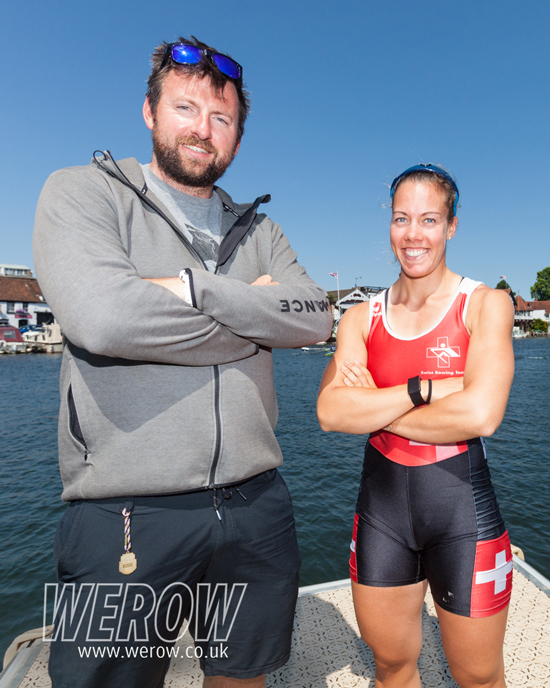 Gmelin is physically small for a sculler but what she lacks in height and weight she makes up for in power. At 170 cms and 69kgs (Vicky Thornley stands at 192cms) she had at one time to make a decision as to whether she would go heavyweight or lightweight. After discussion with her doctors, she was told being a lightweight wouldn’t be ideal for her. “I know I can build muscle quite quickly and it was clear that I would go heavyweight. I love eating too much to always watch what I eat!”

The trip to Henley Royal Regatta is part of Gmelin’s search for challenges and opportunities to hone her skills. Following on from her win at the World Rowing Championships in Sarasota in 2017, Gmelin has won both World Rowing Cups so far this year beating Ireland’s Sanita Puspure by 2.5 seconds in Belgrade and Austria’s Magdalena Lobnig by 3.4 seconds in Linz. Gmelin and GB’s Vicky Thornley are on opposite sides of the draw for the Princess Royal Challenge Cup giving the prospect of an exciting final.

“Knowing for three weeks that I have been racing at Henley has given me a different focus on preparing myself for this race. I learned a lot about what to expect here before I arrived but having Robin has been amazing. He’s been able to use his local knowledge to put everything into place. I have been able to train at the Henley Practice gym in Henley and Chris Bartley of Athlete Service managed to sort me out with a road bike so there’s not been much disruption to my routine.”

Gmelin starts her campaign on Friday in the quarterfinals and will either meet Alice Baatz, who will once again be representing GB at World Cup III the weekend after Henley or Imogen Grant, a Cambridge Boat Race winner and GB U23 sculler who made her Senior debut at World Cup I.
“Henley is different in that it’s losing or winning so there’s no racing for places. I wish every competitor the best and I wish the best to be in the final. If that’s me then I will be really happy and if it’s not they were better than me on the day but I want to fight the best fight I can here and I want to win.”

There is no doubt that Gmelin studies her art fastidiously. She is a hard-working, single-minded perfectionist and totally dedicated to making the most of the opportunity afforded her by the Swiss Army. Her partnership with Robin Dowell seems to be perfectly balanced and assuming she can maintain her trajectory, the words Gmelin and Tokyo will cause many people a lot of anticipatory excitement.