Skip to content
Indoor rowing gets outside and social – CREW

Indoor rowing gets outside and social

Indoor rowing has long been a favourite of cross-fitters but for most gym-goers, the rowing machine is a solitary experience during which you stare into an archaic black and grey 3inch square screen. A new start-up, CREW by True Rowing based in Cambridge, Massachusetts hopes to change all this by making indoor rowing social, visually engaging and fun. 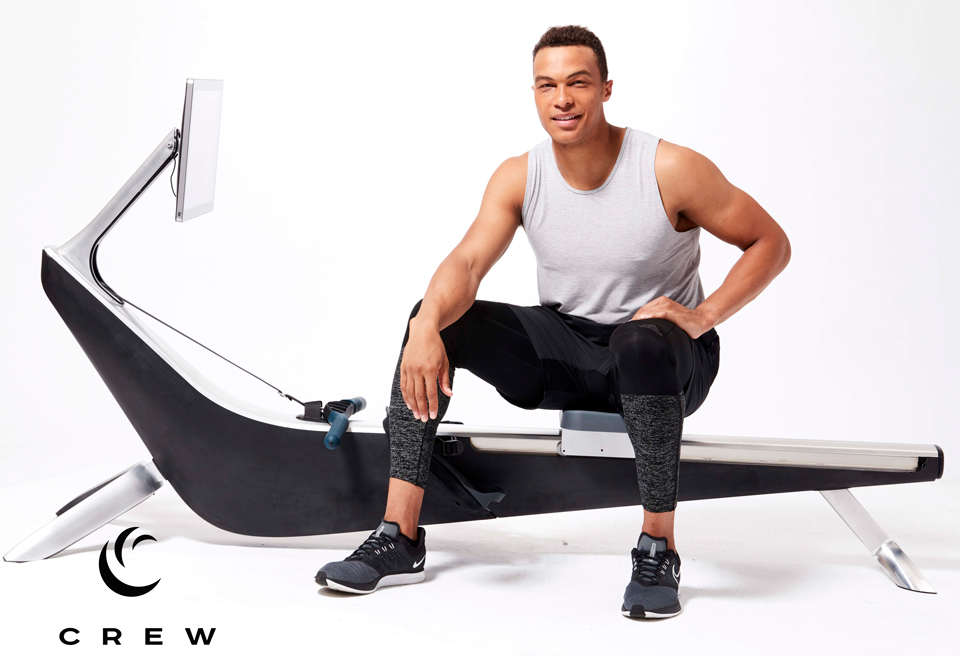 CREW is taking the rowing machine experience and blending it with pre-recorded or live streamed classes, initially from the Charles River in Boston. The company has developed it’s own rowing machine which features a 22-inch screen and a silent, electromagnetic brake that governs resistance.

Bruce Smith, CEO of True Rowing, is a former US Team coach and was previously executive director at Community Rowing Inc (CRI) in Boston. Smith was inspired to create CREW as a way to share the experience of being out on the water with the millions of people who use rowing machines every week. From his years at CRI he knew that the rowing experience could be exponentially better if it was shared and CREW brings together high-quality video capture, editing, production and streaming to revolutionise the indoor rowing experience.

The market for connected fitness was pioneered by the US spin-bike startup Peloton. Founded in 2012 by ex-Barnes & Noble e-commerce executive John Foley with $400k of seed money and initial funding of $3.5m, Peleton now has 600,000 subscribers paying $39 a month. Peleton recently launched a connected treadmill, Tread, after raising $550 million in new financing and the company is now valued at $4 billion.

Peleton tried to tie in up with exercise studio brands like SoulCycle asking them to create great content of instructors leading classes. These partnerships failed to deliver and so Peleton started creating its own classes for its users, hiring celebrity trainers such as writer Robin Arzon and ex-pro cyclist Christian Vande Velde. All of the instructors are young, attractive and most importantly, fun.

CREW is pursuing a similar model and is starting out using members of the US rowing team to both record and live-stream on-water sessions. The idea is that they can bring a connected and outside experience to the home rower, the vast majority of whom will have no on-water experience.

CREW has just raised $5m in seed funding with the help of Richard Cashin who is a founder of the middle market private equity firm, One Equity Partners based in New York.  Cashin competed for the USA at the 1975 World Rowing Championships in Nottingham and at the Montreal Olympics in 1976.  Boston-based rowing enthusiast P. Andrews McLane, also a private equity executive, is co-backing the venture.

Smith told WEROW “CREW is broadcasting directly from the cradle of American Rowing, the Charles River, to people’s living rooms.  We’re excited to share this amazing sport with the whole world. What used to be something that was available to just a few will now be available worldwide.”

CREW is planning to deliver the first shipment of machines to the US market in early 2019. Each will cost $1,885 which is $10 cheaper than a Pelton bike and $725 more than a  Concept2 Model E with PM5. In the meantime by way of introducing indoor rowers to the concept CREW are Beta testing their iPad App which will stream the workouts whilst connected to your Concept2 PM5 via Bluetooth. WEROW will be evaluating the App and reporting the experience shortly.

If the Peleton model is anything to go by, CREW will no doubt be looking to recruit elite rowers from across the globe. Whilst geography is, in theory, no object, there are significant challenges in recording sessions on the water. True Rowing says they have invested heavily in video capture but for the time being, they will be using the Charles River for the early sessions. However, CREW are advertising various positions including trainers and a social media intern for those rowers seeking a new experience.

CREW will start taking orders from October 2 and you can register your interest now on their website.