The quarterfinals of the open women’s eights event, The Remenham Cup get underway tomorrow at Henley Royal Regatta. For the first time, the opening rounds were held on Wednesday and all the races were won by overseas entries. Oxford Brookes, Tideway Scullers, Newcastle University and Molesey/University of Edinburgh made it through qualification only to be dispatched on day one, with Yale putting up the fastest time in this event of 7.06 against Brookes.

There is only one domestic crew left, racing as Leander & University of London, which was recently formed from the GB senior squad. The crew will no doubt form the basis of the eight that will compete at the European Championships in Glasgow this August and having been in small boats all season and this will be our first opportunity to see a potential GB women’s eight in action. 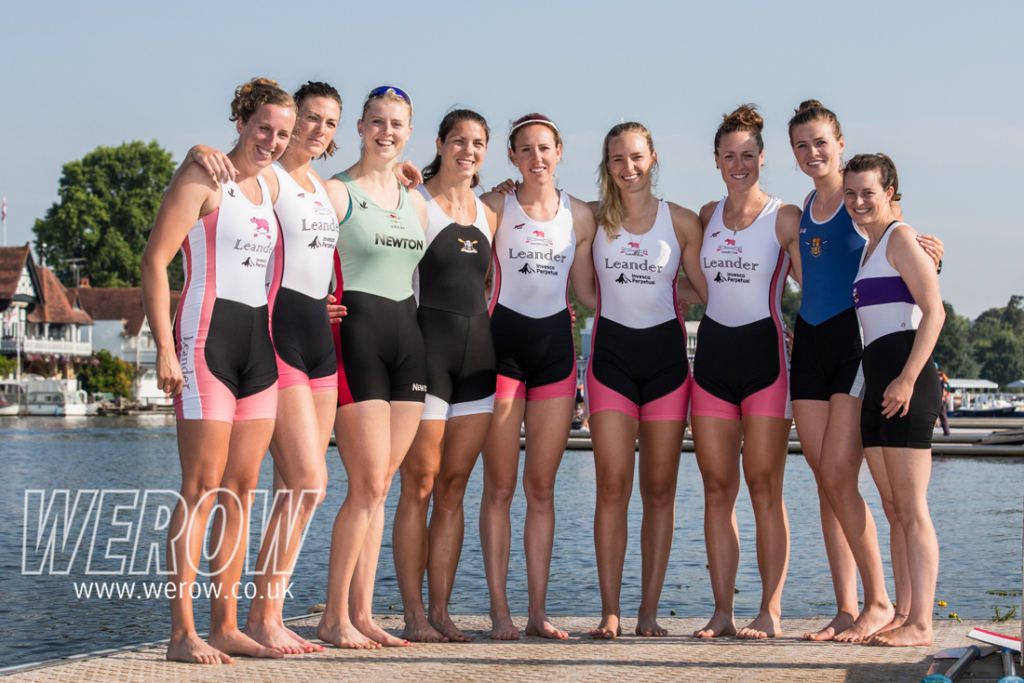 Holly Norton at 6 has competed in both World Cups this year in the four, winning silver in Linz where Australia took the gold. That crew makes up half of the National Training Centre, Australia crew who will be facing the University of Iowa in the top half of the draw tomorrow.

“My time in the four was really good and it was great to get out there and have some experience racing in a small boat,” Norton told WEROW. “I raced the eight for four years at Ohio and then last year with GB and obviously next year there will be an emphasis on qualifying the eight for Tokyo.” 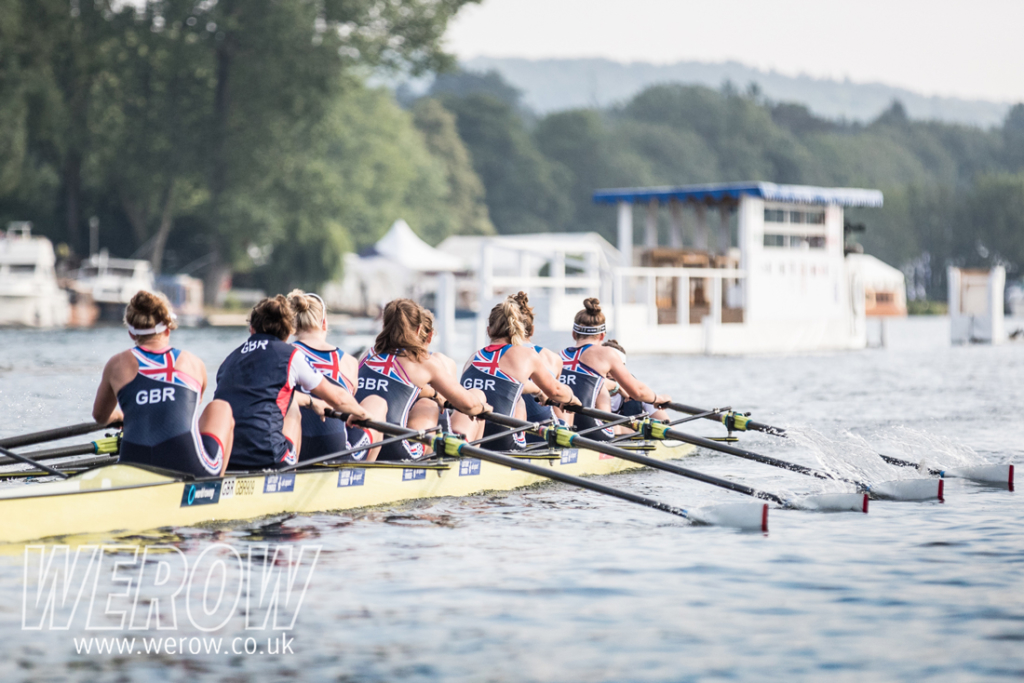 The Leander/London crew are in the bottom half of the draw and will face Roeivereniging SilVia, the Dutch national eight, tomorrow. “I haven’t looked too much at the draw but I treat all opposition with the same amount of respect,” said Norton. “Our first race together will be tomorrow and we just want to make sure that we lay down a good performance in this new lineup.”

“I am enjoying life in the eight now, more people to play with, more opinions of course so there are pros and cons! It’s good fun being back in the eight and when it gets up and running and the boat’s barrelling down the course it’s a great boat to be in.”

Norton and her crew will be looking to step on from their experience in Sarasota where they came fifth as they head to Tokyo. Norton missed Henley last year owing to a rib injury but is now back to full health. “I am really excited to get back out to Henley and excited for the rest of the summer and the racing to come.”

The timetable for tomorrow’s racing will be fixed later this evening and we will be updated here.