Images from Day 1 can be found here

The opening day of Henley Women’s Regatta took place under the beautiful British sunshine, as many of the 442 crews from nine nations opened their campaigns. For many, the long winter of training and regatta preparations had not quite been enough, as they lost out in the time trials. Others anxiously awaited the draw to see who they would come up against first on their path to Sunday’s finals.

In the Championship events, Cambridge University had a strong start in the double sculls, winning two of the three races in the category today. Tomorrow the A crew progresses to race the Headington crew of Olympian Katie Greves and Swiss junior international Matthea Wuethrich, whilst the B crew will come up against Nottingham RC.

Three Australian scullers have progressed to the next round of the Championship single sculls, whilst Cambridge Blue Imogen Grant, who recently placed 4th in the lightweight sculls at the first world cup moves comfortably to the next round tomorrow against Elo Luik of Molesey. Luik, who rowed for Oxford in the 2016 Boat Race, is Estonian and hoping to represent her country at the Olympics in 2020. 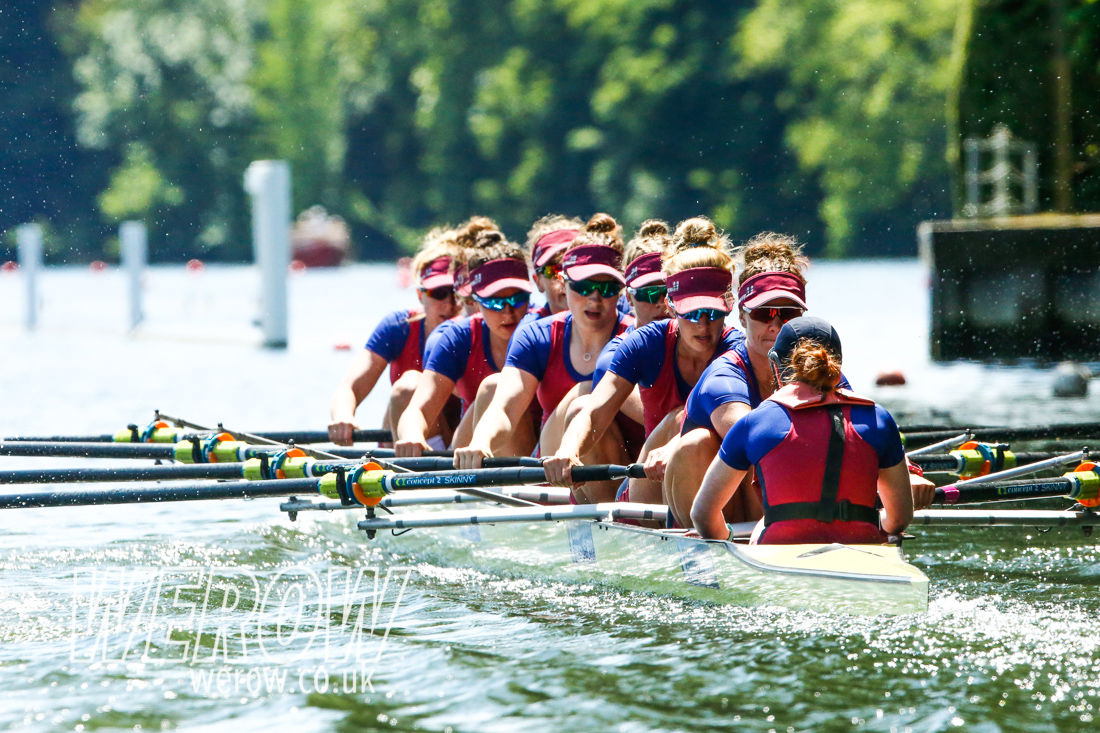 In the Aspirational Academic 8’s racing is set to be very close across the rest of the weekend, as four of the eight heats were won in times within 2 seconds of each other. London University took an early exit today after being beaten by a mere ⅔ of a length by Mount St Joseph of the USA. Local favourites, Oxford Brookes beat Warwick University and Newcastle University beat Drexel University of the USA.

The Aspirational Academic 4- gave way to some healthy margins of victory today, with the top half of the draw preparing for a Scottish derby tomorrow between St Andrews and Edinburgh Universities.

Some of the closest racing of the day took place in the Aspirational singles, as Atkinson of Star and Arrow took victory over Hall of Wadham College, Oxford by a measly 1 foot, and the Isle of Ely sculler Magner stole the win by 3 feet over Gallagher of Walbrook.

Tomorrow will see the start of not only the Junior events but many more of the Championship and Aspirational events, as well as the new Development 4 event, in which no rower may have more than 3 years experience within the sport, following 24 crews being cut in a very competitive time trial.