Eight of the biggest names in international singles sculling will compete in the 2018 Philadelphia Gold Cup, hosted by the Head of the Schuylkill Regatta on October 27, 2018. The Gold Cup is a rowing race dating back to 1920, created to honour Philadelphian John Kelly, Sr. one of the greatest American oarsman. The athletes will compete for the title of best single sculler in the world and a prize of $10,000. 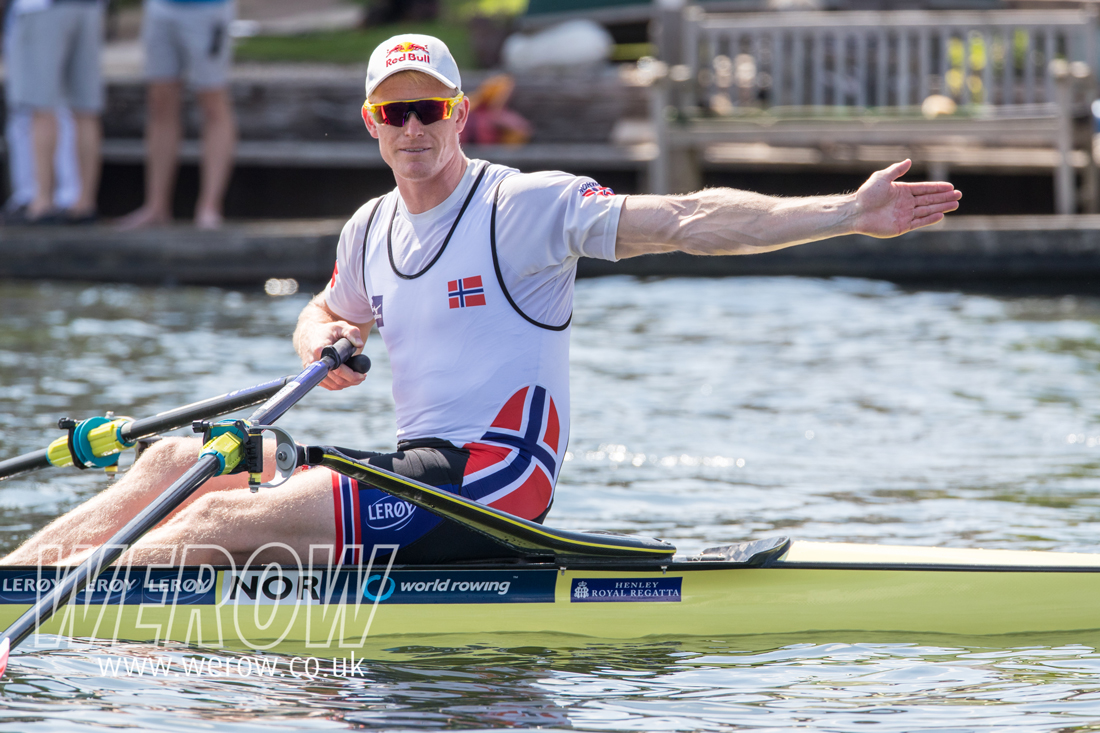 Kjetil Borch, seen here at Henley Royal Regatta in July, will be competing in the Philadelphia Gold Cup 2018

“This group of young athletes is arguably one of the strongest and fastest we’ve seen since we brought the Gold Cup race back to Philadelphia in 2011,” said Bill McNabb, Chairman of the Philadelphia Gold Cup Foundation, which organizes the race. “This is a unique opportunity for our local rowing community to see and learn from the next generation of elite rowers, and it’s an indication of what’s in store for the next Olympic Games in Tokyo 2020.”

The Philadelphia Gold Cup will take place in conjunction with The Head of the Schuylkill Regatta, which is scheduled for October 27-28. The week before will see the 54th edition of Head of the Charles Regatta being run in Cambridge, Massachusetts on October 20-21 and attracting 11,000 athletes from all over the world.

The Philadelphia Gold Cup is a “sprint” race, approximately 700 meters in length. The race’s shorter length is designed to foster close competition and down-to-the-wire finishes. The race will occur in the middle four lanes of the Schuylkill River, positioned perfectly to view from the banks of the Schuylkill River. Prize money of $10,000 will be awarded to the Champion; $5,000 for second place, $2,500 for third place and $1,000 for fourth place.

The Philadelphia Gold Challenge Cup was commissioned by the Schuylkill Navy in 1920 to honour the undisputed world champion in the sport of single scull rowing. It pitted the world’s best amateur single male scullers against each other in a sprint race on the Schuylkill River. John B. Kelly Sr., of Philadelphia’s Vesper Boat Club, was the first recipient. In the mid-1960s, the trophy and competition disappeared. In 1996 after a long absence, the trophy was rediscovered and thanks to The Gold Challenge Cup Foundation the event returned to its glory in 2011. Since its revival, the competition has grown to include the world’s top female scullers.