Harry Leask ends his season with a polished Plovdiv performance

Harry Leask rounded off an exceptional year with a fourth place in the World Rowing Championships amongst the best scullers in the world. Leask, who has grown in stature throughout the season started his WRChamps campaign placing second in the C Final at World Cup 1.

Leask stormed off the start in the M1x final and led the field at 500m and, supported by a tailwind, completed the first quarter in a time 2 seconds under the worlds best time. Leask says his blistering start wasn’t entirely intentional. “I was helped by the fact that a couple of the guys were struggling with the crosswind at the start but once we got going there seemed to be a pretty even tailwind. It was great to lead the field at 500m but you always think, “have I done a bit too much here?!”” 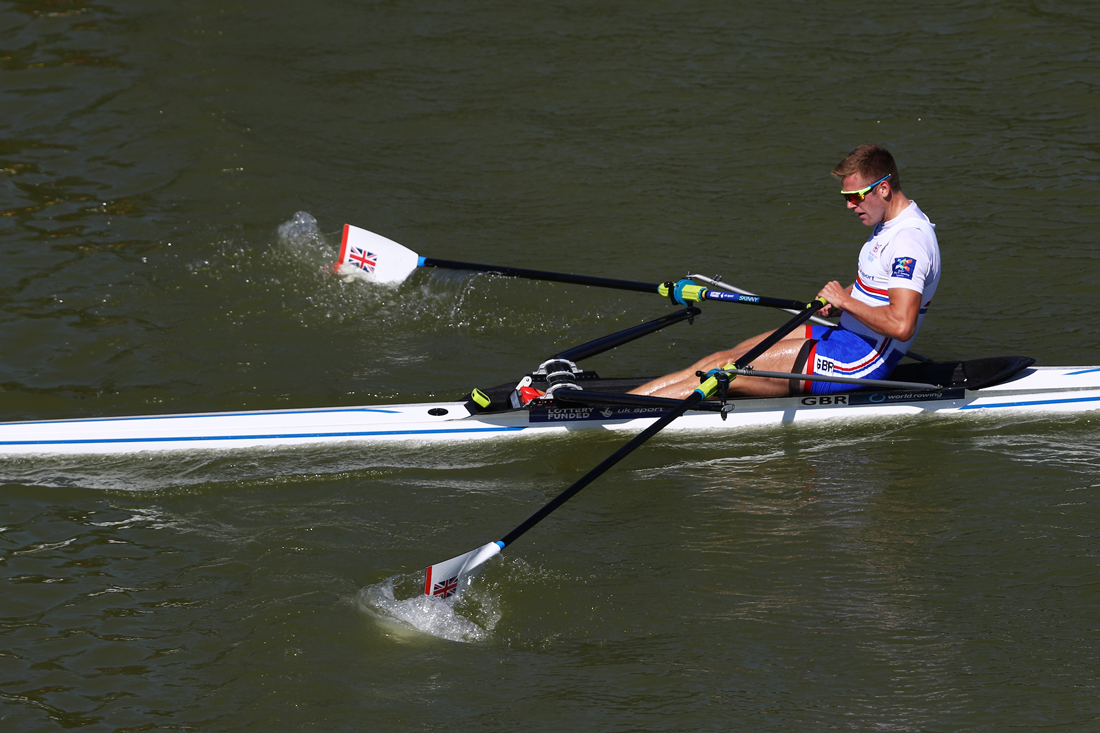 Kjetil Borch of Norway stamped his authority on the race from the 500m and Leask was left to fight for a medal place with 2017 World Champion, Ondrej Synek and Mindaugas Griskonis. Borch made clear water from the pack at 750m  and Leask did well, given his early explosive exertions, to hold off German Oliver Zeidler and Robbie Manson of New Zealand.

“These guys are world class so you’re not going out expecting to just sit on top of them for the entire race. I was expecting at least Synek to come through as he’s a class act in the single and right enough he did. I had Zeidler and Manson sitting level with me which was a tough place to be, trying not to let anyone go.”

At Trials in April, Leask finished second behind Tom Barras but Jonny Walton in third, Graeme Thomas in fourth and Leask were all within 0.13 seconds of each other. “After Tom won Trials in April he got to choose what he wanted so it fell to me to do the single. It’s probably been the best place to be until I get a bit of experience. There’s no more open place  for you to do that than in a single.”

Having come through the Leander Academy system, Leask kicked off the season winning Head of the River Fours with Andy Joel, Rowan Law and Jonathan Jackson, beating the Leander senior crew.  He later competed at two World Rowing Cups in the single and then won a bronze medal at the European Championships in August when he subbed into the M2x with Jack Beaumont, replacing an injured Angus Groom.

Leask told WEROW, “A year ago I was just starting at Leander and I definitely didn’t think I was going to be sitting here the World Championships. If you told me I was going to end the season with a fourth place in Plovdiv I would’ve been amazed.” Leask now has four weeks off training now and is heading to Dubai for a break before spending some time back home.

Leask says the trip to Plovdiv has been an amazing but pays particular tribute to Dan at South West Rowing Services. “Dan and his crew did an amazing job preparing the boats, sorting any damage and did a lot of polishing. They kept the boats in tip-top condition and were on hand to help us out whenever we needed. They were great.”