Hannah Scott of Bann Rowing Club made the trip over from Ireland to win the Championship Single Sculls at National Schools in fine form. The win was particularly satisfying having not even been considered a contender in pre-race predictions by mainland pundits. Hannah, a 17 year old student of Coleraine Grammar School, is reaping the benefits of hard work and Bann pedigree having accepted an offer to study at Princeton University in September 2017.

I live in Coleraine, Ireland and joined Bann Rowing Club when I was 13. Alan Campbell, the two Chambers brothers and Joel Cassells all have originated from my club. There was a lot of success around the London 2012 Olympics and that inspired me to get involved. I’ve always wanted to row because I always quite a clumsy person!

Bann Rowing Club is under a Chinese takeaway. We occupy the ground floor which backs onto the river. It’s hysterical because the Chinese waiters stand outside our erg room and smoke on their breaks. We don’t have a gym at the club so we all pay for gym memberships and our coach sets us a program to follow.

The club has been really successful so there’s no real space anymore. Everything is just trying to make do at the minute. We have a makeshift trolley with all our blades on it and we have to pull the trolley out every single session just so we can get into the club. All the walls are compact with boats. 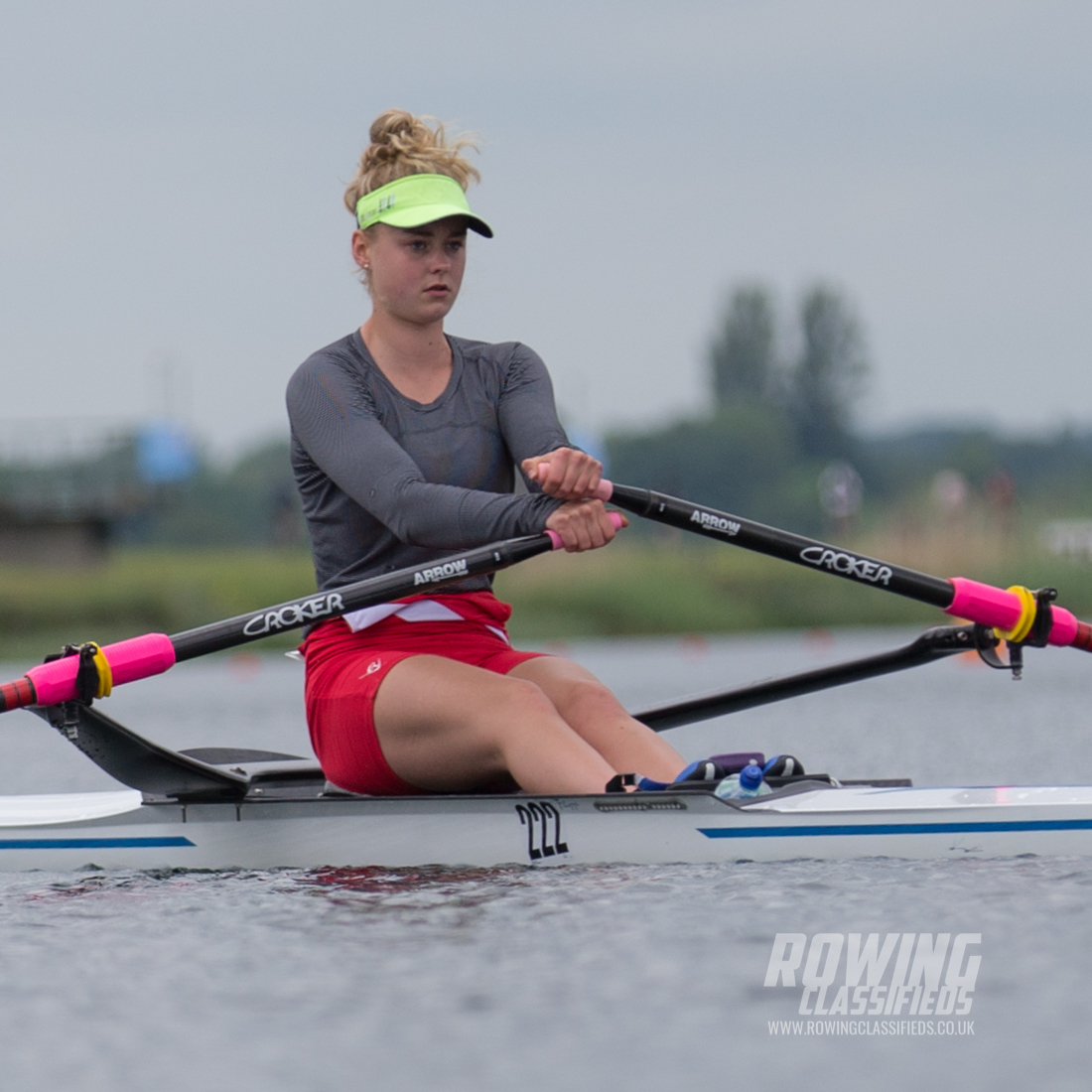 I train in a group run by Geoff Bones who is a very successful sculler in his own right. There are only four junior girls, one junior boy and then two intermediate girls and we are called the senior squad but we’re all juniors really. Then below that there are about 40 girls, young girls between 12 and 16 and probably the same again for the boys. Overall though it’s a really small club with about 100 members.

There’s not that many clubs in Northern Ireland – Coleraine is right on the northern coast but we have Belfast and Methody rowing clubs to the west and Enniskillen Royal Grammar School to the south who were also at National Schools Regatta.

Rowing in Northern Ireland is growing but it needs to grow more. We’re very much in the middle because we’re not with Ireland Rowing and we’re not with British Rowing. We’re just there so we work with both and it’s great and I love it, but we can definitely create more links I think. Getting a Bronze Medals at 2016 Coupe de la Jeunesse last year really opened my eyes to the wider rowing world.

Last year was our first time ever competing at National Schools Regatta.  We’ve heard about it and we’ve seen the hype so we were keen to go. Geoff said we had to be competitive so in fact only me and Aaron Christie, the other junior boy went. I was debating about whether to come to Henley Women’s Regatta because like I would love to do Henley but I have my exams and it’s all too close. We self-fund ourselves and it can get pretty expensive travelling with trailers etc.

Big Geof has been a huge influence on my rowing. But also the people I train with inspire me because I know how hard rowing is. Everyone deals with it themselves – some people may not be necessarily good, but they’re still trying to get the best erg and trying to get the best PB they can. So, everyone is pushing each other on and definitely the community around Bann is like based around hard work. We may not have a lot, but not a lot can beat hard work! The Chambers brothers are a good example of the Bann work ethic. They brought it up from the ground just with hard work and came out and won the silver in the 2012 Olympics in London in the LM4- with Chris Bartley and Rob Williams.

We may not have a lot, but not a lot can beat hard work!

Joel Cassells who is now with British Rowing started off as a junior at Bann and its great to see him and the Chambers brothers when they come back. I think it brings it back down to earth that you can actually do it yourself maybe someday because they’re normal people and they can still come back to Bann.

I think Geoff’s definitely driven that potential into me. He’s just a very calm man and he’s very, how would I put it, internal. He’s very quiet and he’s taught me a lot and that I have to believe in myself. It’s not an overconfidence thing. It’s just that I have to be able to make the decisions and I have to want to push myself on because no one else is going to do it for me. I’m down in that rowing club because I want to be there, not because it’s a nice place to be.

I guess it’s nice that you can always progress on from that and I can go to all these other clubs and think “Wow, look at this fleet bay and all these Filippis,” and we didn’t even have one! My family, including all my grandparents, clubbed together to buy me my first Filippi this year.

So I train now once or twice a day every day, depending on the day. We base it around our studies. Geoff is keen to emphasise that you have to get your exams then rowing comes after that. So we probably train nine to ten times a week and then running up to events maybe more.

At the minute, I’ve just got to get my exams under my belt and then I’ll be focusing on the Irish Rowing Championships 14/16th July so I won’t row internationally this year at all.

I went to Princeton last October to have a look around – it’s very different from what I’m used to. The facilities, the coaching and the team. I’ve never really had a team as big as the one I’m going to have when I go out there.

And after Princeton – British Rowing?

I don’t know at the minute. I haven’t decided anything. At the minute, I’m still toying with those ideas.