In May 2017 Hannah Scott made the trip over from Bann Rowing Club in Northern Ireland to National Schools Regatta (NSR) full of self-doubt and feeling very much like an outsider. After winning championship single sculls at NSR in the middle of her A Levels she went on to study at Princeton University and this weekend she competed in the top Princeton University women’s crew at the Ivy League Women’s Rowing Championships. We spoke to Scott to find out how she remembered NSR and what advice she might have for anyone suffering from pre-race doubt.

Hannah Scott, 18, is shaping up to be one of the finest young female rowers on the circuit. She won NSR in 2017 by five seconds ahead of Zoe Adamson and Lucy Glover, both of who are formidable athletes. The NSR title was just one of many Scott won in 2017 including winning the WJ18 category at the Irish Indoor Rowing Championships in January and the WJ18 and Intermediate under 23  single sculls at the Irish Championships. Her success earned the Coleraine Grammar School girl a public reception by the Mayor of Causeway Coast and Glens Borough Council to mark the achievements. 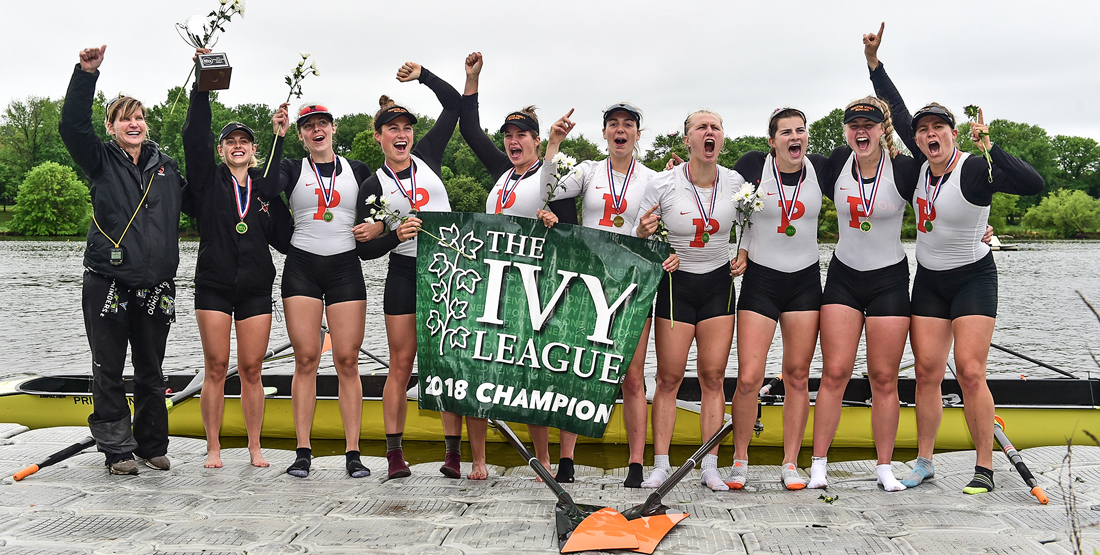 “Since leaving Bann Rowing Club and coming to Princeton I have learned so much. Bann set me up with a great work ethic and coming to Princeton I have definitely had to up my game. I was very used to training by myself with my coach Geoff Bones in  a single scull where I learned to push myself, but it’s different being pushed by other people in a crew boat. It definitely ups your game and has made me more rounded overall as a rower. I have had to learn how to sweep and I think I am fitter than I have ever been before.  We’ve had a hard winter so I have learnt more about the erg!”

So does Hannah Scott have any advice for young rowers who are maybe a bit daunted at the prospect of competing at National Schools Regatta?

“This time last year I remember on the Monday before NSR, I was meant to be studying for my exams and I just broke down with my mum, apologising for making her and my Dad have to pay for me to go to NSR. I just had it set in my head that I wasn’t going to do well, I just felt like an outsider. A family friend  had sent this quote which actually she had framed for me when I came to Princeton and it says “I can, I will – watch me.” My mum showed me the quote and she just said to me just go, try your best and believe in yourself, just as the quote says.

That wee chat took all the pressure off me, all I had to do was to row the best race I could. Before NSR, I had felt so much pressure as we had to get my boat over, I had to fly and it all felt like such a big deal. So much time and effort had been put into this and I didn’t know if it was going to do well or not. My mum whispered the quote to me just before the final too which really helped me focus. My coach Geoff is very calm and a man of few words on race days. He also has a wee quote which he says before every race. Unfortunately, I couldn’t possibly repeat it here! ” 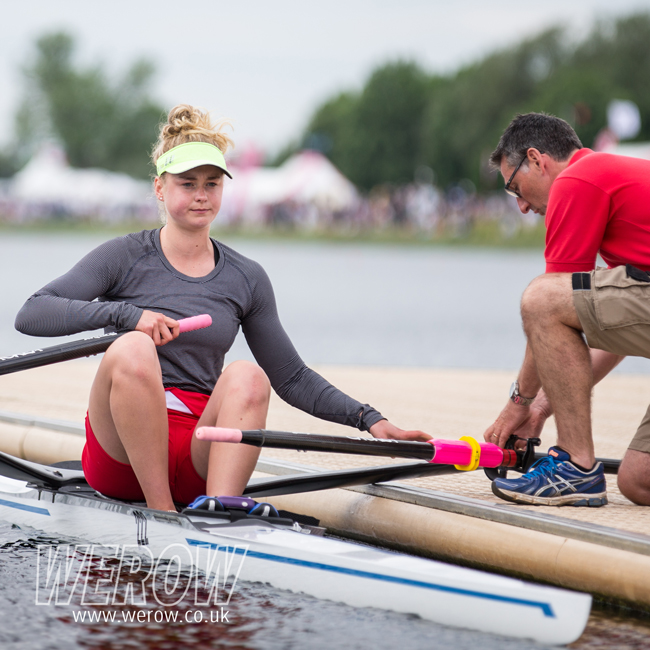 “So for NSR my top three tips would be:

1. Row your own race and row it to the best of your ability and that’s all anyone can ask of you- I went off the blocks like a bat out of hell I didn’t stop till I hit the finishing line.

2. You have trained a whole year for NSR and this is an opportunity for you to show everyone how hard you have worked at it. So don’t see this as a stressful event but an opportunity to shine in your best light.

3. Don’t forget all you’ve been taught or make changes on the day. NSR is a big event but it’s the one you have been training for. Stay calm, remember the plan and don’t do anything new on the day – that includes food and hydration, just stick to what you know and have faith”.

This weekend Hannah Scott was part of the Princeton Tigers heavyweight eight that won the Ivy League Women’s Rowing Championships on Cooper River, Pennsauken, New Jersey. Hannah says her success at Princeton is firmly rooted in her Coleraine training with volunteer coach Geoff Bones,  but also with Princeton coach Lori Dauphiny, who has been inspirational. “There are 40 women in the squad this year and 2 of my crew medaled at the U23 World Rowing Championships the summer past. I have definitely had to fight hard for my place but the girls are amazing both in and out of the boat. Lori is leading such a strong group of women and she has taught us to be resilient along the way. She pushes us that little bit extra but I love that because I’ve had to learn to dig deep.”

Hannah Scott is hoping to be selected for the GB U23 squad and to compete at the World Rowing U23 Championships in Poznan in July. “I did GB camp at Dorney Lake at Christmas but my plan is to come back after the NCAA’s which are being held over the National Schools weekend in Sarasota.” There can be no doubt that Hannah Scott should be central to any GB U23 rowing lineup in 2018 and at the age of just 18, with an amazingly mature work ethic, she is an athlete to watch for the future.