Hannah Osborne is making her senior debut in 2017 with the New Zealand rowing squad.  Competing in the silver fern is the fruition of 10 years hard graft and dedicated support from her father and club supporters.

Hannah Osborne was born and raised on a 3,000 acre sheep and beef farm in the Waikato district, west of Hamilton in the north-west of North Island. The farm ranges over huge limestone bluffs and steep hills and is run entirely by her grandfather and father. Her mother is an English born Cambridge graduate and accomplished artist. The eldest of 4 children Hannah has lived with her father from an early age after her parents divorced, her mother taking her siblings to live with her.

Hannah attended Piopio College where she learned that NZ Olympic sculling Gold medal winner, Rob Waddell, had also been a pupil. After rounding up a few mates she joined Te Awamutu Rowing Club, being the closest to her school. Close in the context of NZ means an hour and a half’s drive away.

The love of a good man

“Dad was at every regatta. He came to pretty much every training. He’d just sit in the car and read his book. It was unreal, the support that I got from him. I got to see the hard work that he put into the family. He would go out in a hailstorm to bring in some sheep, and he’d be out there for hours. I feel like he’s got such a big heart, I just feel so incredibly grateful that he was able to split his time.”

Hannah Osborne trialled for the Rowing NZ junior team at 15 but failed to make the grade. Undaunted she then joined Waikato Regional Performance Centre (RPC), a pathway to the national teams. She got her first taste of international success winning Bronze at the World Junior Championships in Bulgaria in 2012 in the quad. At 19 Hannah progressed through RPC to stroke the U23 quad for the 2013 World Championships in Linz. Despite a great domestic season the crew didn’t fulfil it’s early promise finishing 5th in the A final. “We were just tracking so well before that, and…I don’t know. I guess sometimes it’s a big step up… it seems everyone else steps  up so much more!” 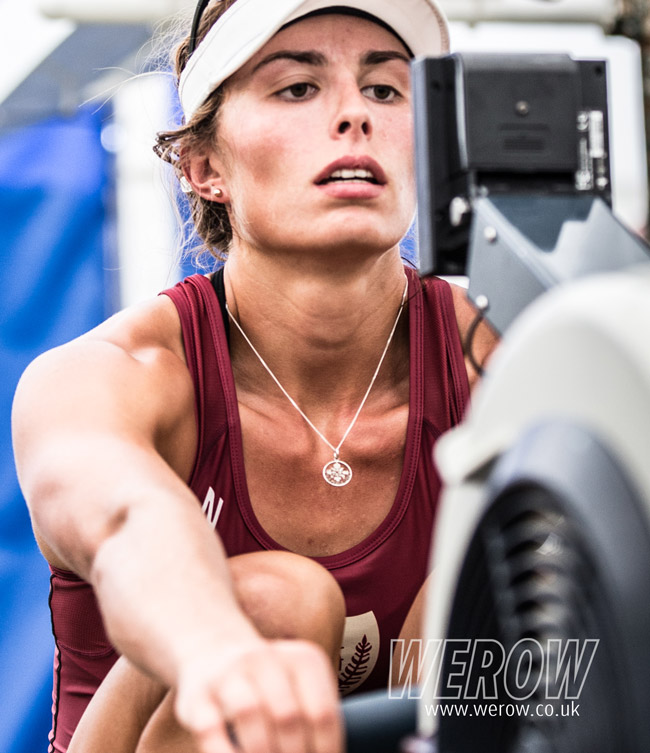 For 18 months prior to the U23’s Hannah had suffered repeated bouts of tendonitis in her hamstrings. This constant battle left her frustrated with athletic life and so Hannah decided to take up a scholarship to study at Virginia University (UVA) in the USA. After an extended period of rest she was soon back on rowing form. At the start of her second year Hannah competed for UVA in the 6 seat at the Head of the Charles in 2014, winning the Collegiate 8’s.

The end of the American dream

Despite her return to rowing all was not well at UVA. A series of on-campus assaults coinciding with the death of a friend in her first year knocked Hannah’s confidence and led to a dramatic weight loss. Looking for a new start in more congenial surroundings Hannah transferred to Berkeley but the shine had come off the American dream.

“I was unhappy in the States but I couldn’t afford to fly back home so my boyfriend in NZ just stepped up and took care of everything. I decided that coming home was a better option for me. Virginia have a brilliant rowing program and brilliant people, but it just wasn’t my cup of tea. And deep down, I really wanted to compete for New Zealand. And I guess I was impatient. I didn’t want to wait four years until the end of my degree.”

Back on home ground Hannah Osborne re-joined the RPC at Waikato and entered the U23 squad. Competing in the August 2016 U23 World Championships in Rotterdam as part of the quad she won 1st place in the B Final.

Hannah went on to Elite trials in March 2017.  She was part of the  sculling squad of three women (with Brooke Donoghue and Olivia Loe). The girls rotated from double to single in training but injury struck again with a stress fracture which confined Hannah to the bike for a month. This left Donoghue and Loe to train in the double, a relationship that went on to dominate Europe this summer with wins at Poznan, Henley & Lucerne. 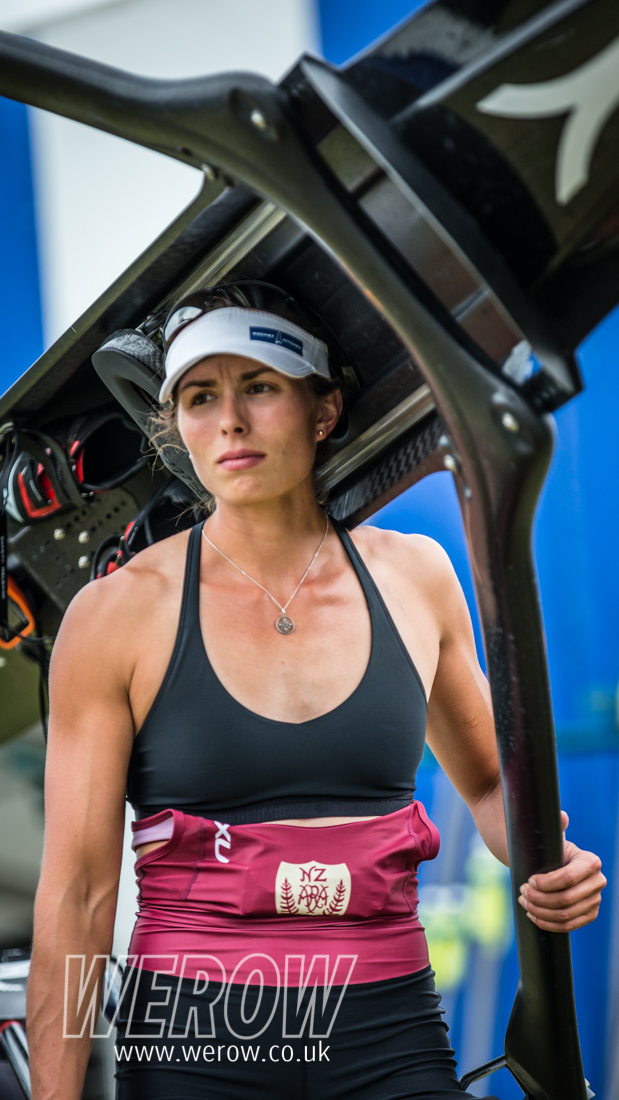 NZR get serious about being single

To Hannah’s surprise and relief Rowing New Zealand placed an equal importance on a women’s single for their European trip. “I hadn’t been in the boat for a long time, and I just didn’t perform to the same level as the other two girls. I was up on a bit of a back foot, but then they decided just to carry on and just take me as the woman’s single instead of a reserve, which was amazing. I couldn’t ask for more.”

Hanna’s senior debut at World Cup 2 in Poznan in June yielded a 5th place in the A final in which Vicky Thornley of Great Britain came second to Austrian, Magdalena Lobnig. 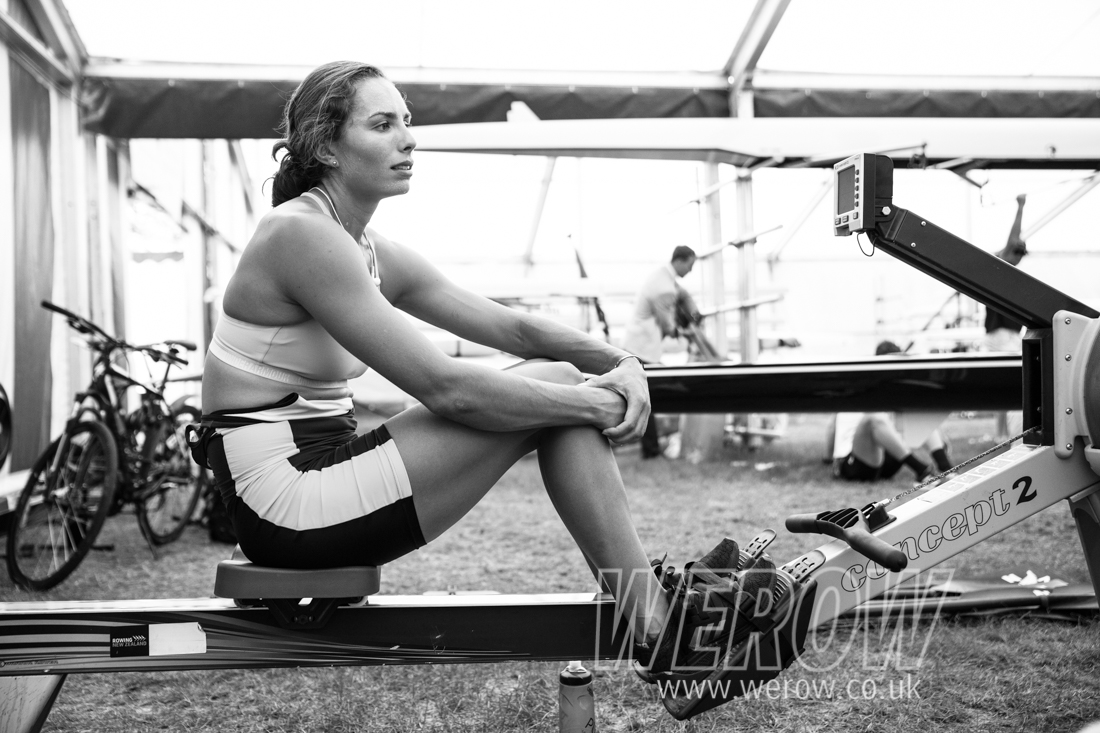 Meeting Vicky Thornley in the semi-finals at Henley Royal Regatta was like a surreal dream for Hannah Osborne. “I’m super green – everything’s so new. And I feel like every race that I go into, I pick up bits and pieces, I feel like I’m just taking in so much all the time – I am improving. I honestly thought that Vicky was gonna thump me, but we had a good plan, my coach (James Coote) and I, just to have a good first half and just keep with it. But I think that me not being as fresh as her, I wasn’t able to kind of keep up my stroke rate, and I just faded at the end.”

And after Henley Hannah and the new Zealand team headed to World Cup 3 at Lucerne. “There were 30 entries in the single. It was tough but after heats, quarter and semi finals I ended up 2nd in the B Final. The field was top class so I was happy to have made it through. The other women were either Olympians or had come from bigger boats with elite racing experience.”

“World Cup 3 was all about focusing on the process of racing instead of being outcome driven. I had taken what I had learned from Henley and Poznan about other people, focussed on my strengths and put together a plan with James, tweaking it along the way”.

And what of the future?

“We will no doubt have more trials before the World Rowing Championships. I would love to stay in the single through to Sarasota which is yet another step up. I just have to take it one step at a time but I want to continue to improve and learn from the people around me. I can’t look into the future and then get, you know…wind myself up or anything like that. I think this is all about keeping a cool head. And I think as long as you do that, then I will be OK.”