Irish women are experiencing international sporting success in a range of sports but there is still much work to be done. The Irish hockey team reached the world cup final, in athletics Irish sprinter Derval O’Rourke won a gold at the Indoor World Championships and attendances at Croke Park for women’s matches are at an all-time high.

World Rowing Champion Sanita Puspure, tells the Irish Examiner that the rowing community is an exemplary model of gender balance. “I’m lucky enough that I’m in a sport where there is no real gap between men and women. You just take your boat and go in the water. If you do well, you do well. We respect each other on equal terms because we see each other working really hard every day, for the same goals,” says Puspure.

However, Puspure is keen to point out that as a minority sport, there is a gap in terms of how rowing struggles for recognition and support, despite continuing success on the international stage and the media attention given to the O’Donovan brothers. “People get used to the boys getting medals but they still work as hard to get them and competition is as tough,” Puspure tells the Irish Examiner. 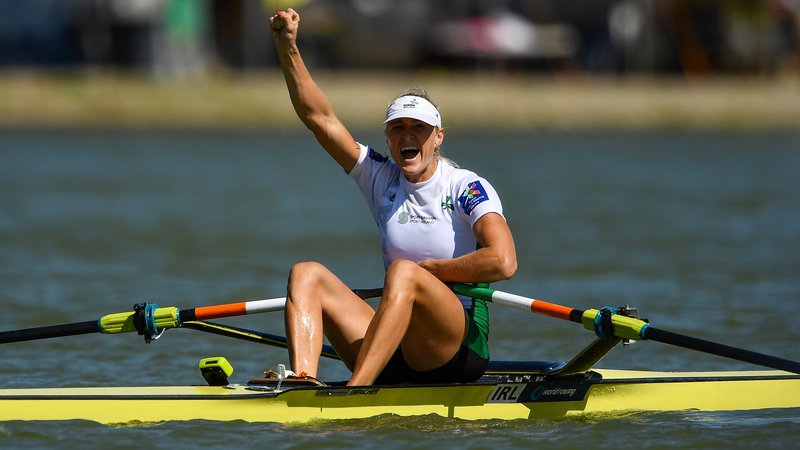 Sanita Puspure of Ireland winning a the 2018 World Rowing Championships

Regardless of their medal success on the world stage, Ireland’s rowers have had well-documented struggles in terms of funding, regardless of gender, with athletes often having to pay for training camps and entry fees themselves. In the wake of Puspure’s outstanding gold medal achievement at the World Championships in Bulgaria, there have been renewed calls for increased funding for the sport.

According to Puspure, rowing has grown hugely in popularity in tandem with Irish successes in recent years. However, she believes it deserves more coverage and attention.

“The Lee Valley club in the Rowing Centre at Iniscarra, Co Cork, had to turn down people this year for the summer camps because they couldn’t facilitate everybody. The popularity and interest is there. But if you open a newspaper and go through the sports pages, all you see is Gaelic sports, rugby, soccer. It is all about male athletes as well, if we are talking about a gender gap. There is not much about women at all. You would think there are so many good female athletes in Ireland to write about.” At 36 Puspure has two children, aged 10 and 11 and she says she would never want to be treated any differently in her sport just because she is a mother.

“I don’t usually play that card because it is my choice to be a mum and to be an athlete. You always think about your children and family. I don’t know how dads feel when they leave their kids home alone with their mums. But as a mother, there is a really strong instinct that you want to protect them all the time and you can’t because you are not there with them. It is hard but I made the choice to do it and I am lucky enough that I have a supportive husband who is taking care of them and backing me up. I compete on equal terms at all events and I go away as often as the men.”