Great Britain tops the medals at the U23 World Rowing Championships

Great Britain claimed five medals on the final day of the World U23 Rowing Championships in Sarasota, Florida to finish top of the medal table with a best-ever performance of six golds and two silvers.

In the first A final of the day Susannah Duncan, coached by Nicola Benevente of World Class Start Nottingham, became the U23 lightweight single sculls World Champion after a brilliantly timed race that saw her win by half a length. It was the first international gold medal for the Beckenham sculler, who took U23 bronze in the lightweight double last year. 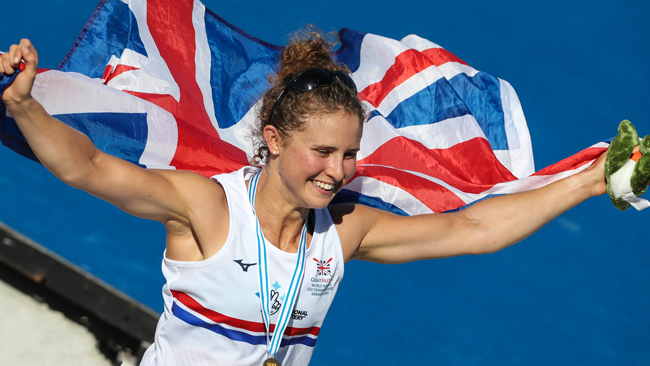 The GB team didn’t have long to wait for their second podium finish as the women’s four of Lydia Currie, Hope Cessford, Lauren Irwin and Alex Rankin, coached by John Higson of Edinburgh University BC, crossed the line half a length ahead of the Irish crew to claim the second gold medal of the day.

The men’s four of David Ambler, Thomas Digby, Freddie Davidson and Charles Elwes continued the gold rush for GB after leading their race from start to finish. The crew, coached by Richard Chambers of Cambridge University BC, were all world silver medallists in 2018; Ambler and Elwes in the men’s four and Digby and Davidson in the men’s eight.

The men’s eight, of Henry Blois-Brooke, Harvey Kay, Callum Sullivan, Matthew Rowe, David Bewicke-Copley, Leonard Jenkins, William Stewart, Felix Drinkall and Vlad Saigau led their race from start to finish to take GB’s sixth gold medal of the competition. The crew, coached by Brian Young of the University of London BC, contained four of last year’s silver medallists from the men’s eight in Bewicke-Copley, Jenkins, Stewart and Kay. I

Meijer is now a three-time U23 World Champion, having won gold in the quadruple sculls in 2018 and double sculls in 2017. He said of the race: “It feels absolutely amazing to defend our title. We’ve put a lot of work in as a crew and it feels like George has been in the crew since last year as well. It’s been an amazing regatta, we’ve built on every race and had a really fast semi-final. That final race was a really good way to earn the win – it was extremely hard-fought all the way to the line but was so much fun to be a part of.”

British Rowing Director of Performance Brendan Purcell said: “To come away from the U23 World Championships with six gold medals and two silver medals is incredible. As Chief Coach for the U23s, Pete Sheppard has brought these athletes and coaches together to deliver a truly outstanding team performance.

“Everyone has stepped up over the past six weeks and then delivered their best performances on race day. In every event we were extremely competitive and it’s fantastic to have so much strength and depth for the future. A lot of these athletes will step onto the senior world stage in the coming years and keep British Rowing at the forefront of world performance.”

You can find all of the results on the World Rowing event website.