The British FISU rowing team head back from China today with much to celebrate from their trip to the World University Rowing Championships. Great Britain sent a squad of 32 students in 10 boats for the bi-annual event which was held at Jiao Tong University in Shanghai.

The team return with six gold medals and one silver and ranked first overall amongst the 23 participating countries, ahead of Italy in second and China in third. The Chinese team won gold medals for only the second time in the event’s history, winning the LW2x and the W2x. 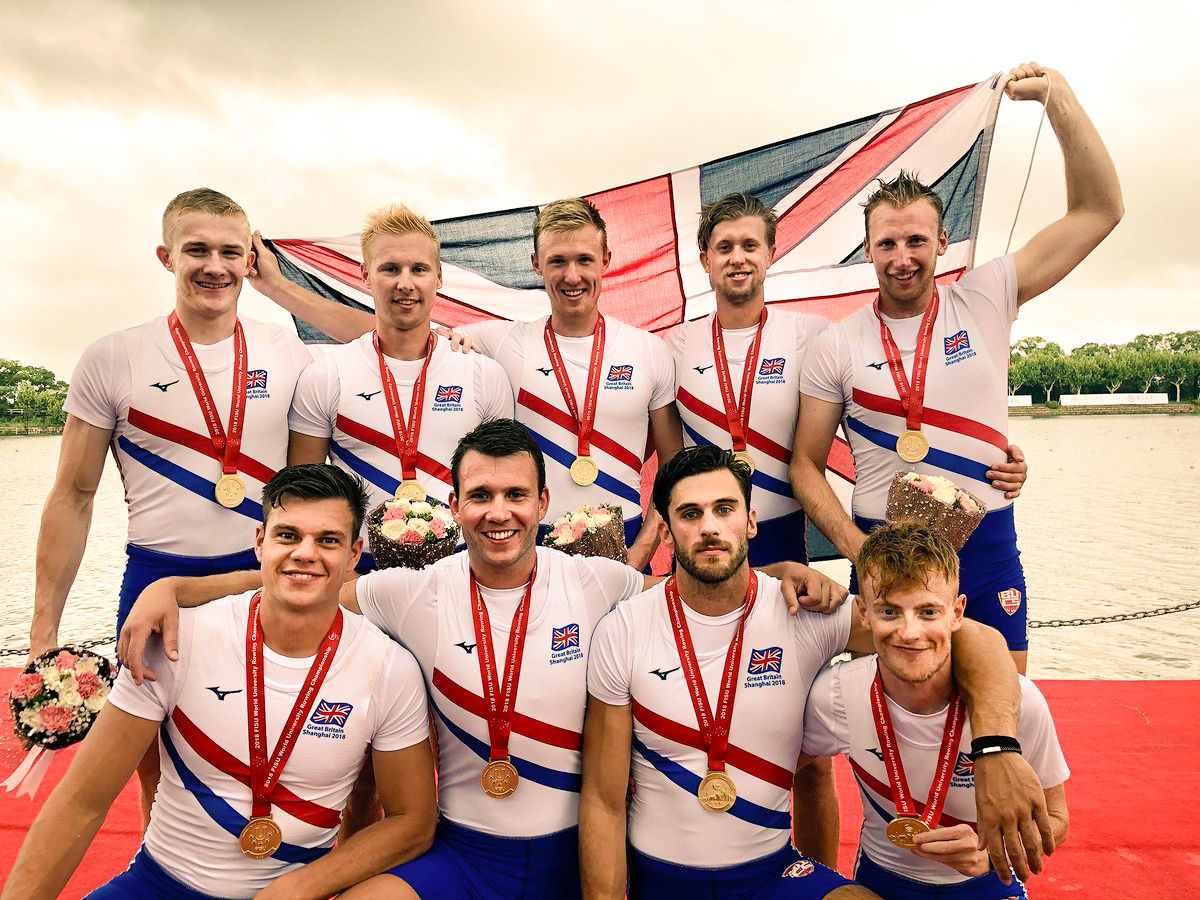 Lee Boucher, who was attending his third FISU Championships as team manager said that he was very impressed with the quality of the crews competing at the event. “Overall the standard of competition was very high. We arrived at the venue a week ahead of the competition which gave us time to adjust to the time-zone and get used to the heat and humidity.”

For the GB women’s team, the event was an occasion to remember Irish rower, Ailish Sheehan who died tragically after a freak fall at the last games in Poland in 2016. Sheehan was studying for a masters degree at the University of London and competed in the coxed four alongside Rebecca Edwards, who rowed at seven in the W8+ this year. The women all wore ribbons in her memory. 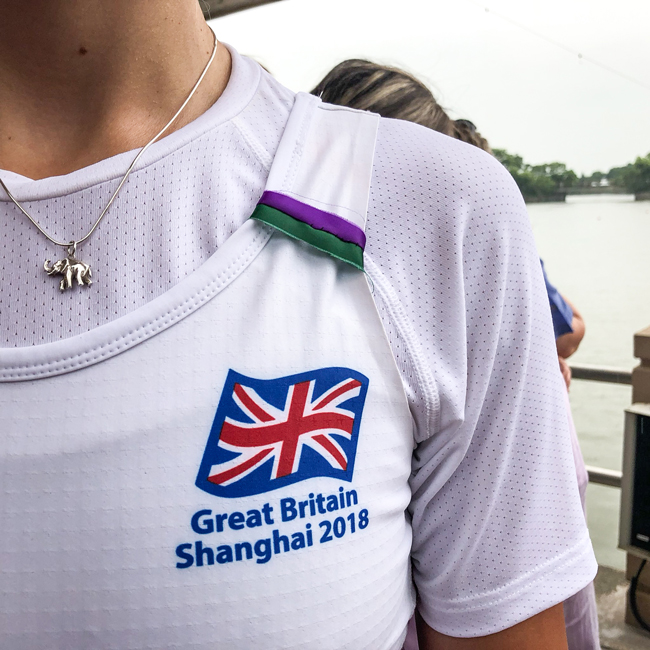 Both the men’s and the women’s eights and fours won gold along with the men’s pair and men’s single. The women’s pair of Susie Dear and Francis Russell took silver. The standout performances must be the gold medal-winning women’s four of Harris-White, Powell, Edwards and Bartlett who doubled up in the afternoon to win gold again in the eight. Sholto Carnegie of Yale University and Harry Glenister of the University of Surrey set a blistering pace to win the men’s pairs by just under 8 seconds. The German crew in second were made up of Jakob Gebel and Marc Leske who competed at the U23 Championships coming 4th in the eight two weeks previously.

Elsewhere, Quentin Antognelli who studies at Oxford Brookes and rowed at bow in the Ladies Plate winning crew at Henley Royal Regatta was representing Monaco in the Men’s Single Scull event. After lying in second place for the opening 500m he had to settle for 6th place.

A full team list can be found here and a full list of the FISU results here. All images ©Lee Boucher.