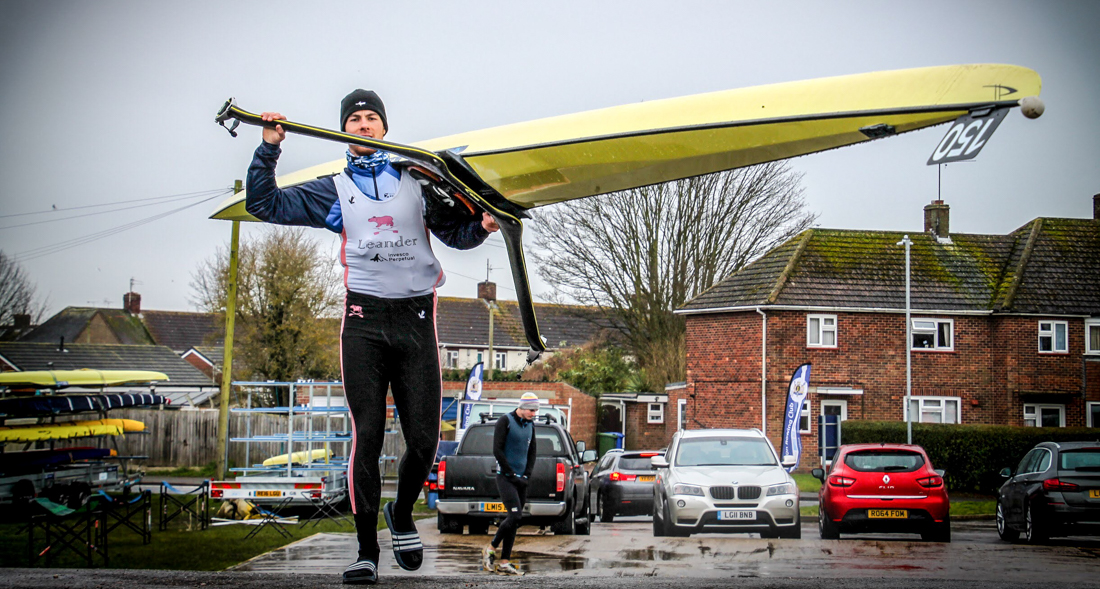 Angus Groom took the Third Assessment for the Great Britain Rowing Team by storm in February. Groom was only recently returning from injury but manages to beat his nearest rival, John Collins, by 24 seconds. Collins and his quad crewmates, Jonny Walton, Jack Beaumont and Pete Lambert were separated by just 4 seconds.

Groom was rehabbing for most of the 2017 season after undergoing surgery for CAM lesions on both femurs which restricted his hip mobility, resulting in back pain. Chief Medical Officer at British Rowing, Dr Ann Redgrave, identified this in an interview with WEROW as a new and growing phenomenon amongst young rowers.

Lambert is not racing tomorrow owing to injury but Tom Barras, who won bronze in the single scull at the World Rowing Championships in Sarasota, will be taking on a strong sculling squad. Barras was injured for the Third Assessment in February and so this will the first opportunity to see how he has fared over the winter. Paul Stannard, who coaches the heavyweight scullers, will be keen to see some stiff competition for a place in the quad. GB has never won a World Championship gold medal in the M4x and in Sarasota narrowly pipped Estonia to the silver, 2 seconds behind Lithuania.

Many European nations will be holding their trials within the next week. French rowers will be competing in the Gers with the Olympic and reigning World Champion lightweight sculler, Pierre Houin returning after injury. Next weekend the Croatia Open will take place at Zagreb’s Jarun Lake and the German team will be in Essen for their final trials.

The full list of entries can be downloaded here.