This weekend saw the GB Team trials at Caversham held in the scorching heat under clear blue skies. Trials one of the top rowing events in the calendar as it’s held in small boats and presents the first real opportunity of the year to see some top sculling action.

This year’s event was better managed on site by British Rowing than in previous years but it was clear that some people off-site were far from happy with their governing bodies’ performance. Some complained that there was no live stream of the event – both the German trials last weekend and the French this weekend were live-streamed. Curiously one reporter was asked by British Rowing to remove all tweets containing mobile phone video taken from a static position on the riverbank.

There were also some complaints on Twitter that there was a lack of data during the event such as splits and placings beyond first, second and third. Whilst it would be ideal to have both livestream and data, it has to be said in support of British Rowing that GB Trials is about trialling for the GB Team and not about entertainment. Caversham is also a very tight site and not built to cope with much more than the 150 people attending the event this weekend. 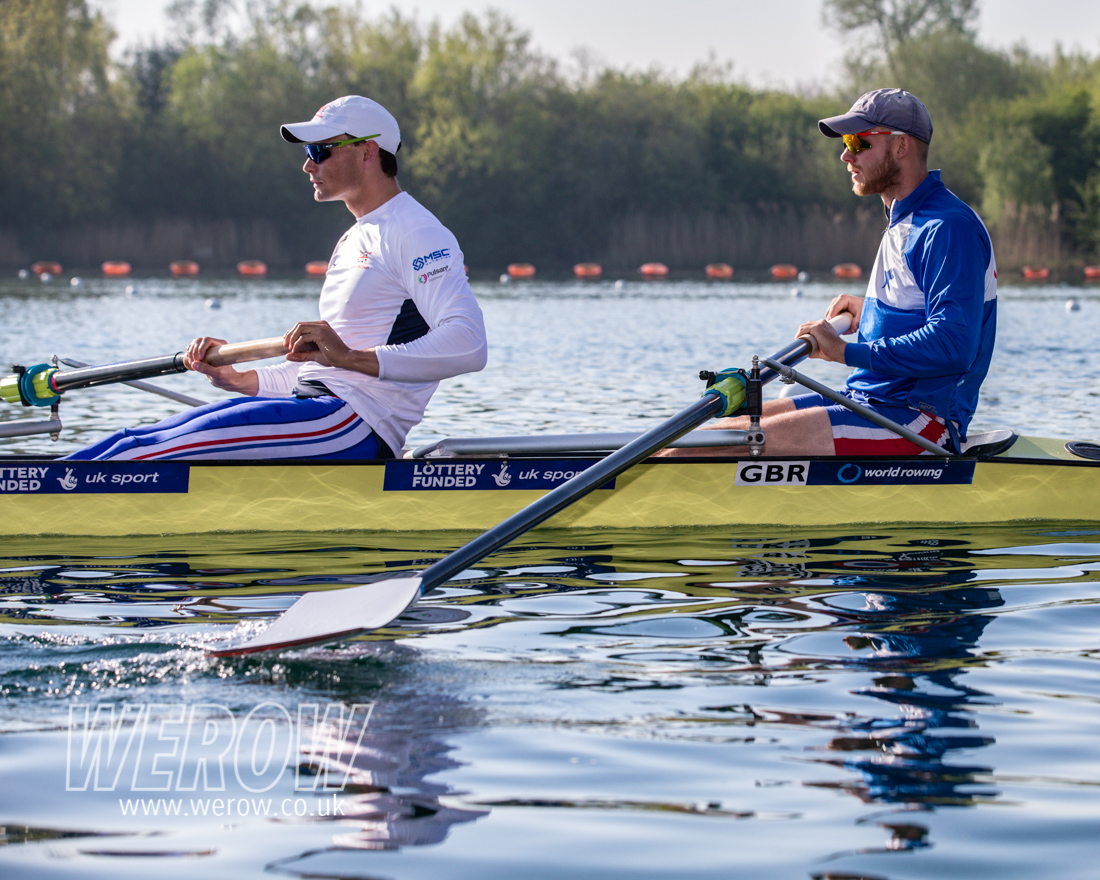 Josh Bugajski and James Rudkin, winners in the M2-

Away from the digital rants, there were some great performances all around. The men’s coxless pairs saw Josh Bugajski (Oxford Brookes) and James Rudkin (Newcastle University) win by nearly two seconds with Leander’s Jacob Dawson and Tom Ford taking second ahead of Harry Glenister and George Rossiter of Leander. Moe Sbihi and Matt Rossiter pulled the third fastest time winning the B Final, whilst Sbihi’s former pairs partner, Will Satch looked on from his sweat-drenched Watt bike on the gym veranda. 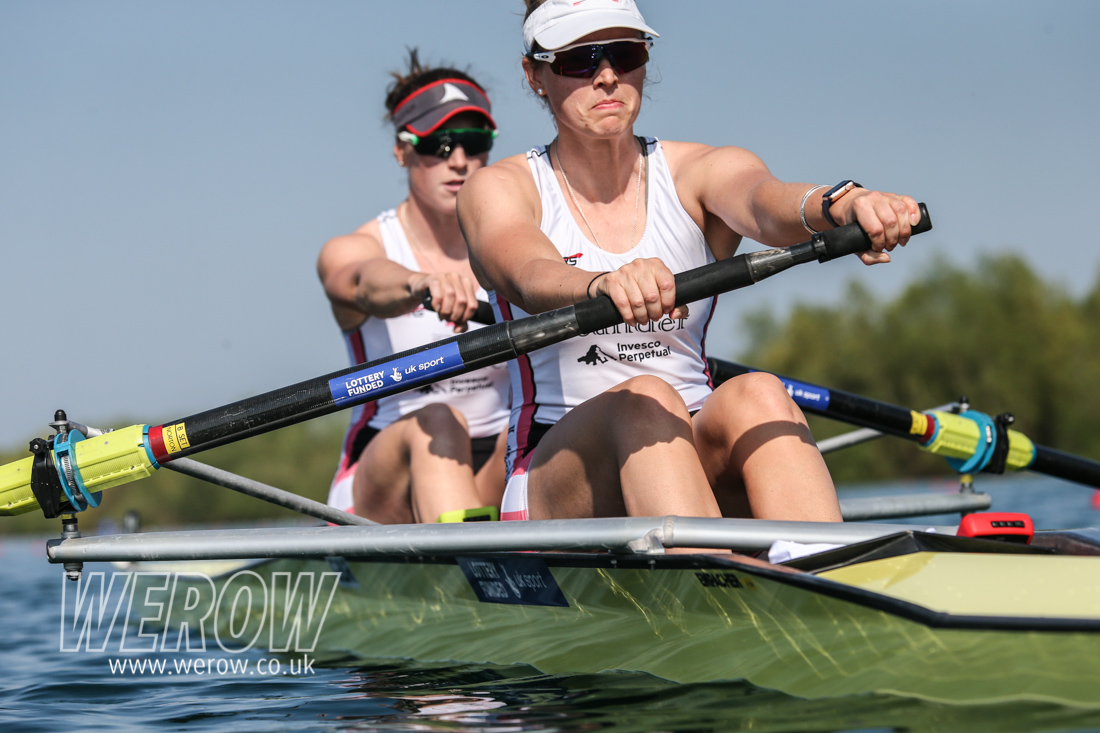 Holly Norton and Karen Bennett, winners of the W2-

In the women’s event, Holly Norton and Karen Bennett of Leander were reunited once again and asserted their dominance beating Rebecca Shorten (Imperial) and Anastasia Posner (Leander) by 1.86 seconds. Bennett and Shorten won last years event whilst Posner was second last year when paired with Rebecca Girling. Norton and Bennett had previously competed together at internationals in 2017, picking up a World Rowing Cup gold in Belgrade. 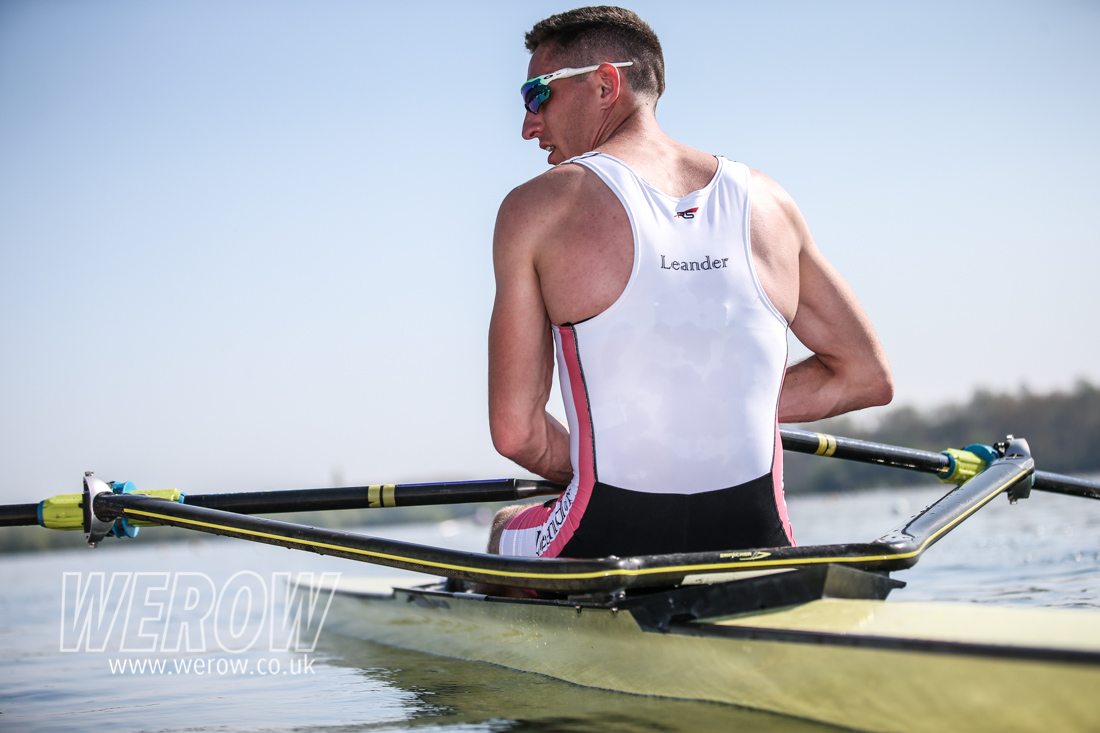 Will Fletcher of Leander, winner of the LM1x

The LM1x was won by Will Fletcher of Leander ahead of an all-star field of Jamie Copus, Zak Lee-Green, Gavin Horsburgh and returning Olympian Pete Chambers. Perhaps the standout performance of the whole weekend came from Callum Prosser of Lea Rowing Club. Prosser, who is new to the single, came third in Saturday’s semi-final and finished sixth in the final. Worth noting that he was the only sculler in the final not to have won a World Championship or Olympic medal. 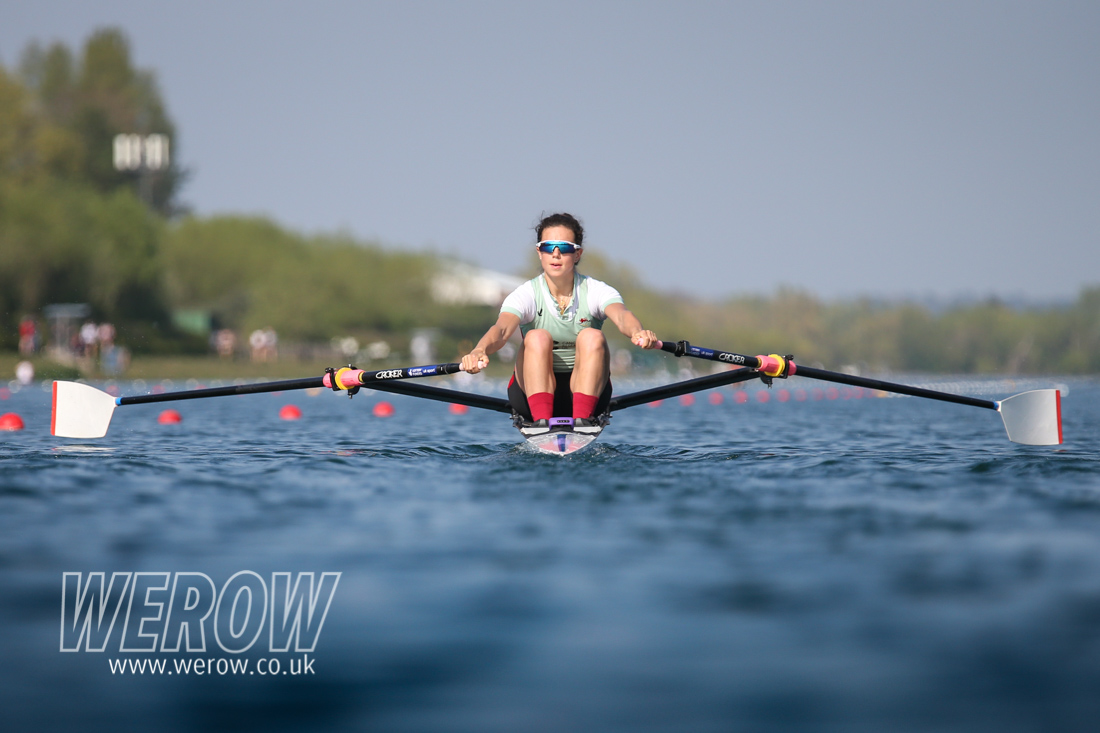 The lightweight women’s LW1x final was dominated by Imogen Grant (CUWBC) who is the reigning U23 LW1x Champion and who also won a bronze at the World Rowing Championships in her senior debut last year. Grant was chased hard in the first half by Ellie Piggott (Wallingford). Maddie Arlett (EUBC) came through to overtake Piggott to take second ahead of Ellie Lewis (Reading RC), Flo Pickles (Reading RC) and Chloe Knight (RUBC). 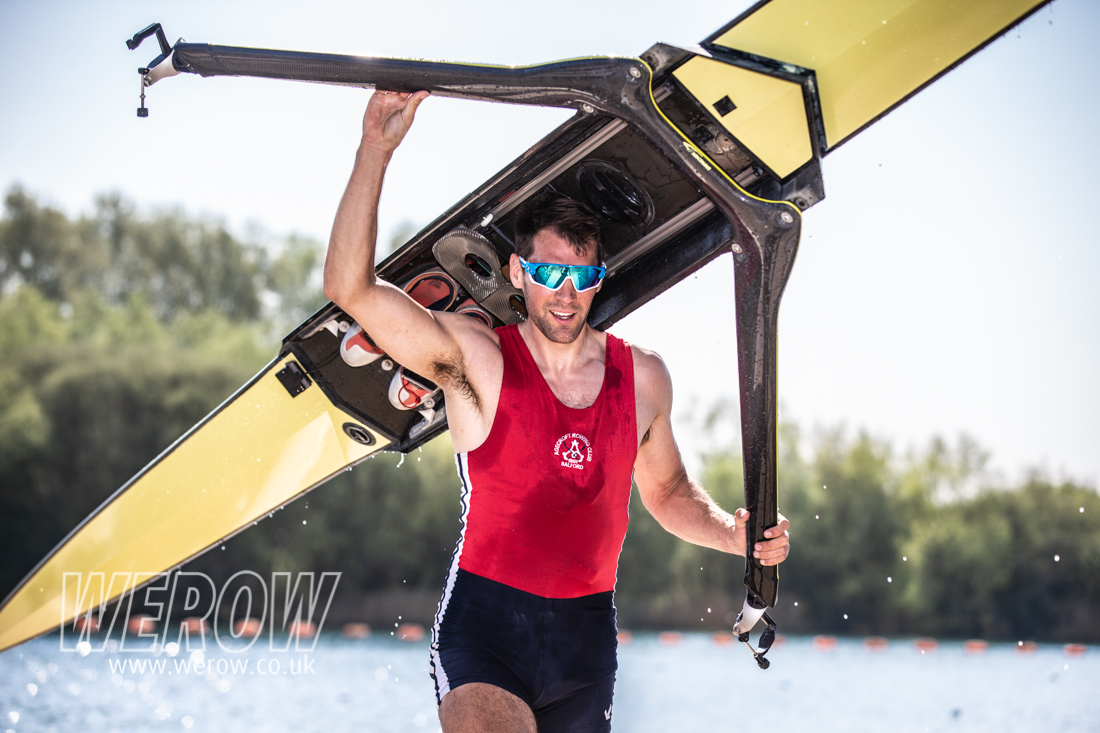 Graeme Thomas of Agecroft, winner of the M1x

The men’s sculling event was won by Graeme Thomas (Agecroft) who looked to be in fine form. Thomas cruelly missed the Rio games owing to a virus in 2016 then sat out most of 2017 owing to a hip injury. The rest of the senior sculling squad were hard on Thomas’ heels with Jack Beaumont and John Collins jostling for the lead. In the end, last years winner Tom Barras took second ahead of Beaumont, Collins, Pete Lambert and Angus Groom. 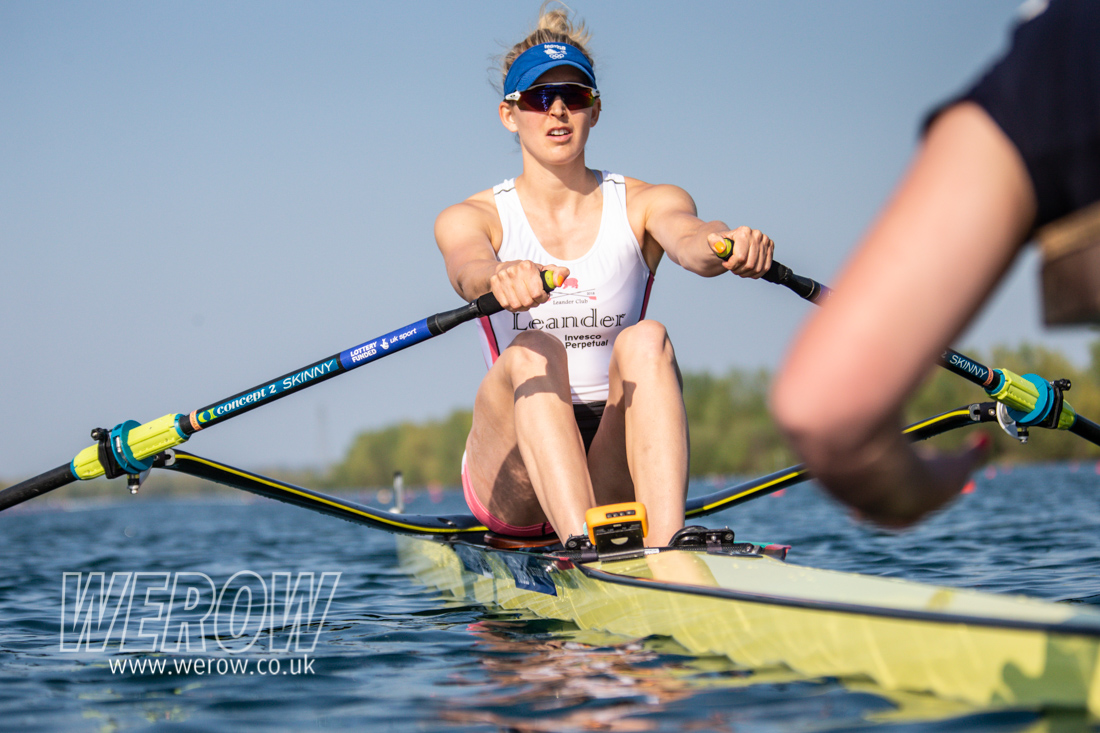 Vicky Thornley of Leander, winner of the W1x

Vicky Thornley (Leander) made a welcome return to form leading the W1x time trail, semis and finals. She seemed invigorated by her recent break from training and it will be interesting to see how the season develops in this hotly contested boat class. Chasing her down in the final were the Hodgkins-Byrne sisters, Mathilda and Charlotte who took second and third. Special mentions should also go to Alex Rankin (EUBC) who competed at the U23 World Rowing Championships in the W8+ in  Poznan last year who came a very creditable fifth.

A full list of GB Rowing Team trial 2019 results can be downloaded here.