Former World Champion rower, Chris Bartley has been making the transition into cycling post-retirement with some success. Bartley,  who gave up international competition in 2016, recently claimed silver at the British 25 Mile Time Trial Championships.

Bartley, who was originally from Wrexham rowed from age 14 until he turned 32 when he retired following the Rio Olympics. During that time he won silver at the London Olympics and was was World Champion as well as winning numerous World Rowing Cup medals. He now lives in Henley and rides for the AS Test Team,  headed up by former rower and IronMan, Rob Griffiths.

Bartley told cycling website VeloVeritas this week, “I always used to ride a bit as part of my training for rowing, we did training camps in Mallorca – I enjoyed those once I got my head around getting dropped on every hill and how hard it was!” Bartley used to cover a couple of hundred kilometres a year on the bike as a rower now does that and more in a week. 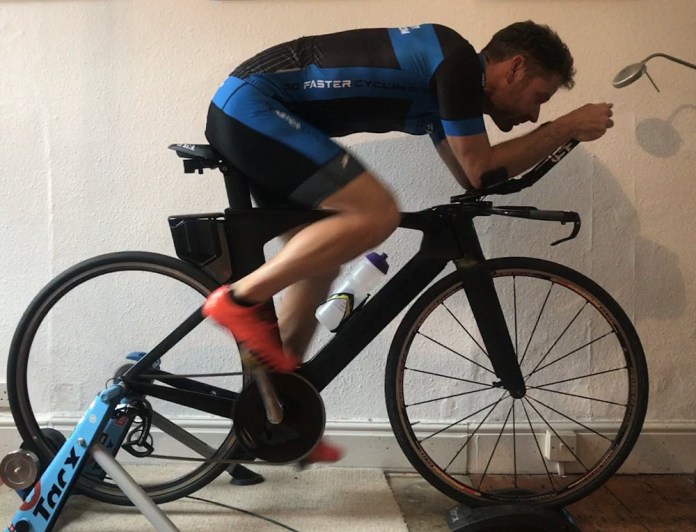 Riding at speed requires riders to adopt a flat body position as 70-90% of bike speed is lost to wind resistance. “I’ve never done any testing on a track or in a wind tunnel but I’m quite short so it’s relatively easy to get low on the bike,” Bartley told VeloVeritas. “I look at what other people are doing and when on the turbo check my position in the mirror. But I guess my next step is to do some proper testing”

Bartley now coaches rowing at Reading University Boat Club and Radley College and works part-time at Athlete Service, a specialist triathlon shop in Henley-on-Thames. His next target is the National 50 mile time trial in September which he should complete in a little over 90 minutes. The world record was recently set by Polish rider Marcin Bialoblocki who completed 50 miles in 1:30:30 averaging 391 watts at a heart rate of 156bpm.

Bartley is characteristically modest about his cycling achievements. “I have limited experience, I’m always tweaking my equipment and there’s sure to be improvements after I’ve done aero proper testing”.

The original interview with Chris Bartley cans be found on VeloVeritas