The first finals day of the New Zealand Rowing Championships has concluded with a win in both the Premier M4x and M2x for Robbie Manson. Manson’s doubles partner was Chris Harris who won gold at the World Rowing Championships in 2017 with John Storey. Harris and Manson were joined in the quad by Brook Robertson from the 2017 NZL M8+ and Joe Wright who rowed in the NZL M8+ at Rio in 2016.

Mahe Drysdale was also in action again coming third in the premier M2- with Stephen Jones who was in the M8+ at WRC’s in 2017. Drysdale and Manson will meet tomorrow in the M1x final and Drysdale will come up against the Skibbereen four of Shane O’Driscoll, Mark O’Donovan, Paul O’Donovan & Gary O’Donovan in the final of the premier M4-.

The Irish rowers were in action again with Paul and Gary O’Donovan finishing in fourth place in the premiere M2x, some 14 seconds behind the winners, Manson & Harris. Fellow Irishman, Max Murphy, formerly of University College Dublin took a silver in the SM2-, rowing for Waikato Rowing Club with Thomas Bedford.

In the premier women’s finals, the injured Hannah Osborne was replaced by Georgia Perry of the 2017 W8+, and together with Brooke Donoghue, went on to win the W2x comfortably. In the W2-, Grace Prendergast, who won gold at Sarasota in the coxless pair, and Emma Dyke of the NZL W8+ also won their event comfortably. 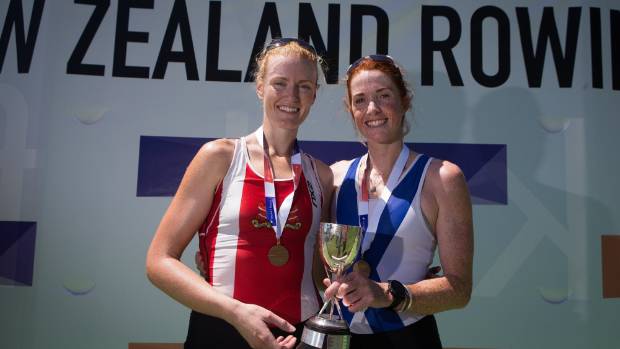