Complex Olympic rowing venue thought to be months behind schedule

With just 104 weeks until the opening ceremony of the Tokyo 2020 Olympics, Tokyo Metropolitan Government officials are insisting the newly constructed venues are about 20~40 per cent completed and just about on schedule. However, the swimming venue and the rowing and canoe-sprint facility at Sea Forest Waterway are said to be months behind schedule.

The Olympic rowing venue at Sea Forest Waterway is by far the most controversial of the Olympic project elements as it provides much-needed infrastructure and environmental improvements to Tokyo metropolitan area. The rowing venue is being carved out of reclaimed land in Tokyo Bay and required the relocation of a waste recycling facility and the construction of a new bridge connecting the venue with Greater Tokyo. 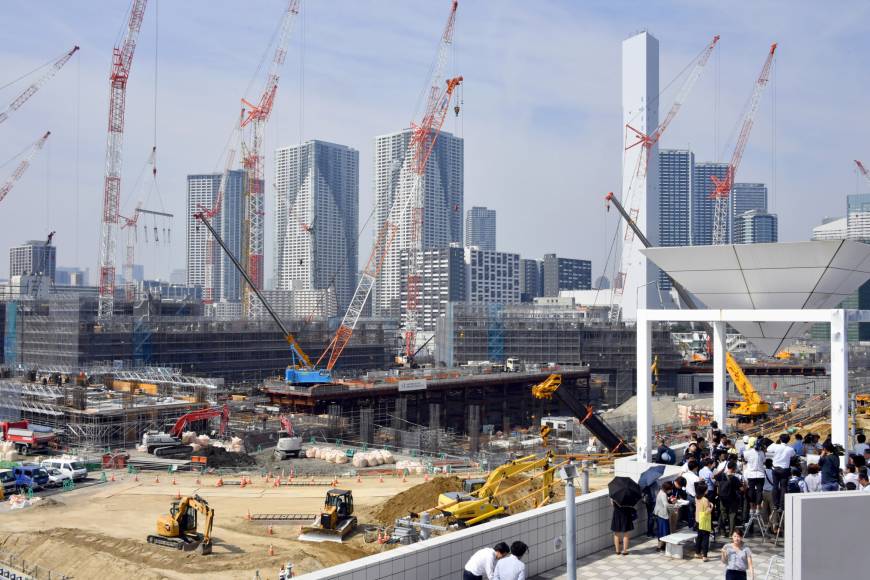 A water gate and pumping facility will be set up at both ends of Sea Forest Waterway, a 200 x 2,000m body of water. Because the ends are connected to Tokyo Bay, the gates and pumping systems are necessary to prevent the waves and tide level from affecting canoe sprint and rowing. According to the construction schedule, all the competition venues should be completed before or during 2019 and ready for test events.

Local news outlets suggest that the venue is some way behind schedule. Apart from the complexity of this massive land reclamation program, the venue has been dogged by land ownership battles, yet to be finally resolved.

Jean-Christophe Rolland, President of World Rowing has previously said: “If Tokyo wants to invest in that area, that is fine, I will support it, but I don’t want to be seen as the sport that has cost all that money when much of the expenditure is not related to the sport.”

The alternative to the Sea Forest Waterway was the Naganuma rowing course in Tome, 400km from Tokyo. However, there were concerns about the venue’s isolation from the main event which would mean that athletes would be unable to stay in the Olympic Village.

Last week the media were given a tour of the Olympic venues including a first look at the Olympic Village, which will have 21 flat-type buildings and provide 18,000 beds for the Olympics and 8,000 for the Paralympics.

“Along with the 21 buildings for accommodation, we’ll have the main dining area where the athletes have meals and Village Plaza, a shopping centre, in the area,” said Yukihiro Nakata, a PR person for the Olympic Village. “The process is 40 per cent completed. The accommodation towers will be completed by December 2019 and temporary facilities are set by the spring of 2020.” Following the Olympics and Paralympics, two new 50-floor buildings will be developed at the village and sold to the public for residential accommodation.

The organisers are using a unique method for the construction of the Olympics Aquatics Centre, which will be used for swimming events. The 6,000-ton roof is under construction a few meters above the ground and will be raised to 37 meters in three steps. The first two lifting steps have been completed and the final one, scheduled for later this month, will move the roof up 15 meters to complete the process.

“By using this method, the construction term can be shortened because we can develop the building and the roof at the same time,” said Taishu Tone, a PR person for the Olympic Aquatics Centre. “By making the roof near the ground, we can cut the cost to move up the materials. After the roof is lifted up midway, we can work under the roof when it rains.”

The schedule was delayed for two months because contaminated soil was found five to 10 meters underground last year. The goal was pushed back to February 2020, but will be ready for the rehearsal events before the 2020 Games.