American sculler Clark Dean set a new junior world’s best time yesterday when he won his heat at the World Rowing Junior Championships in Racice, Czech Republic.
Dean (Sarasota, Fla./Sarasota Crew) opened up the defence of his world title with a seven-second victory over Italy’s Gennaro Di Mauro. Dean got off the line ahead of the competition and continued to build his advantage the entire way down the course, clocking a 6:52.20 to break the previous junior world’s best time by more than five seconds. Di Mauro finished second in a 6:59.25. 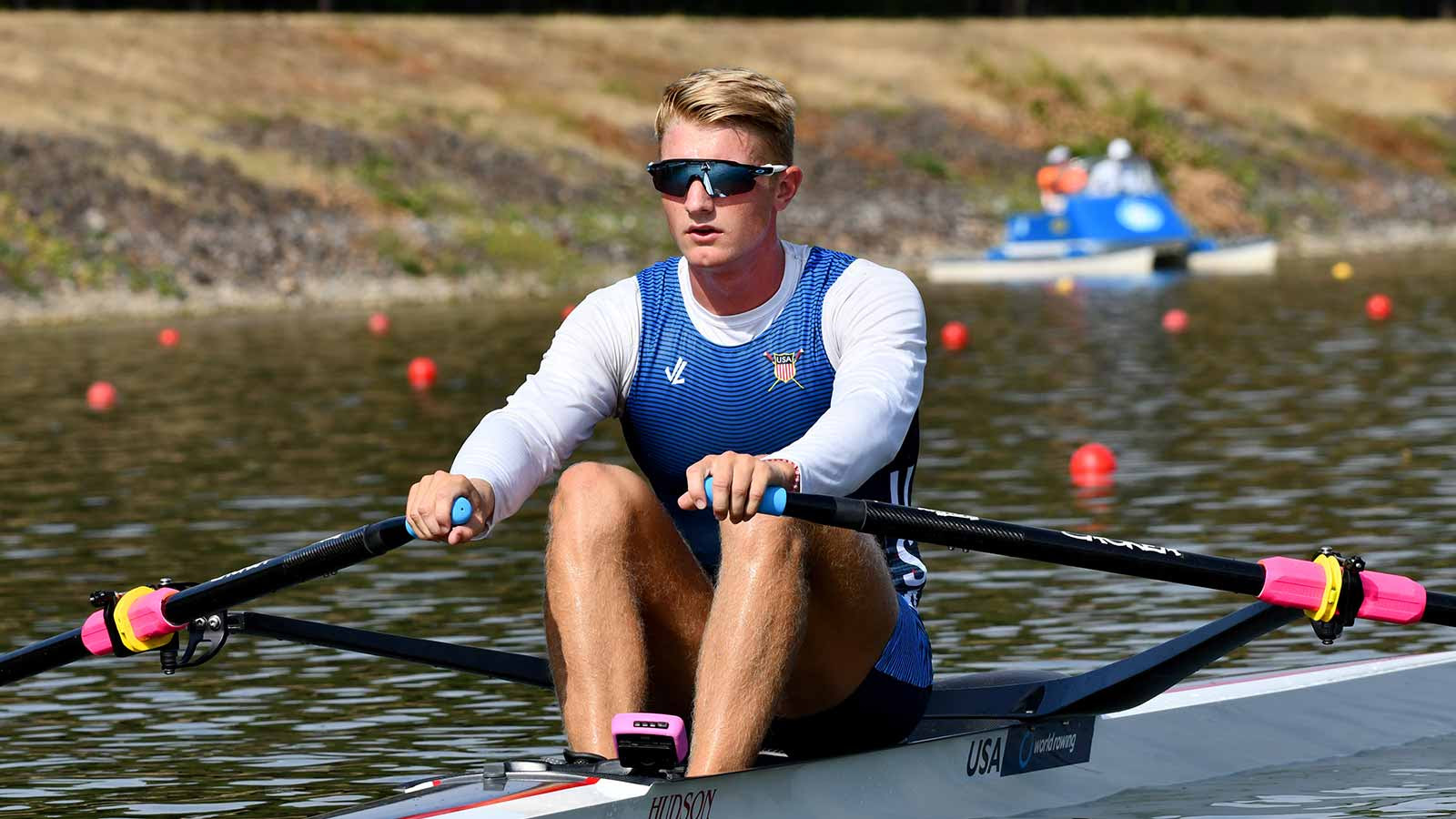 “Clark had a pretty good race, making sure to get his nerves under control,” said Coach Casey Galvanek. “His race was well executed against terrifically strong competition. Hopefully, he is able to have another zesty performance in the quarterfinals. He will certainly need it. The field of athletes looks to be stronger than last year. I hope his preparation got him ready for prime time.”

In 2017, Dean became the first U.S. men’s single sculler to win gold in the event in 50 years winning the final by 3.25 seconds over Moritz Wolff of Germany in second place. Wolff is also still competing at junior level and comfortably won his heat yesterday in a time of 07:04.85 to move through to today’s quarterfinals.

Clark Dean speaking to U S Rowing in June 2018