The GB rowing team have been away on training camps for the last two weeks. The women went to Aviz in Portugal whilst the men split in two. The senior men headed to Windhoek, Namibia whilst the remainder went to altitude camp in Sierra Nevada, following in the footsteps of rowing all-time greats.

Unlike the German DRV which sends out weekly updates on its athletes, we have to piece together Instagram stories from athletes to track their movements. Fortunately rowing vlogger, Cameron Buchan has been in Sierra Nevada and his latest video released today gives an insight into altitude camp and introduces us to some top athletes we don’t normally hear from.

Buchan says “Sierra Nevada gives an opportunity to myself and some of the other guys that aren’t fully on the team to show what we can do! I’ve been on a few altitude camps now. I have always struggled up there and still learning how is best to approach them. It’s always a process but I think this time was really learning about mental fortitude through the camp.”

Buchan’s vlog is about to go through the 7,000 subscriber mark, which for a rowing audience is impressive considering Henley Royal Regatta has 21,000 and British Rowing 9,900. His vlogs have opened up life as a full-time athlete at Caversham and as a Leander athlete to a younger audience and have provided some much needed “celebrity” in British rowing. 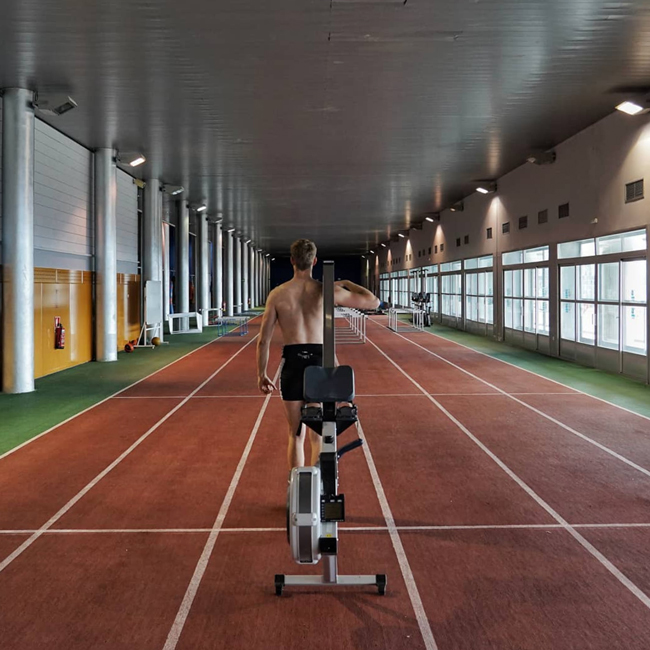 Sierra Nevada has been a regular fixture from British rowers and part of the attraction is legacy of previous British rowing heroes who have trained there. Buchan says he struggles with altitude saying, “This camp is savage! Definitely after the last piece you can feel the atmosphere change as there is a weight lifted from everyone’s shoulders. Low point, there were days when you think your body is going to fail you and you have to find some energy from somewhere to keep going and hope that you can make it to the next session.

Buchan’s fanbase, known as the #yamsquad, will be pleased to hear the Tokyo-hopeful is aiming to make more insightful videos in 2019 as well as offering coaching and advice. As for his own training, he says “I will be heading back to Leander since I am not back on the team after my bout of tonsilitis last year. Trials are ahead which is our opportunity to break back into the team but it is no easy task.”

We have long argued that Sir David Tanner’s policy of keeping athletes such as Will Satch, Moe Sbihi and Vicky Thornley out of the limelight is detrimental to the grassroots of the sport. What makes Buchan’s videos so appealing has been the narrative. The 6 feet 10 inch Scottish athlete, who discovered rowing whilst at Kent School, Connecticut on a basketball scholarship, has been battling injury on the margins of the GB senior team. Whilst some of his videos on cooking left some mothers concerned for the health of their children, ask any rower under 18 to name a rower on the GB team and chances are they will reply “Yeah Buddy, Cameron Buchan”.

You can read our interview with the GB men’s quad as they headed to Sierra Nevada in 2018 here.