Skip to content
Cambridge lead the field at Quintin Head

Cambridge University lead the field at the Quintin Head yesterday with wins in the Elite men, Elite women and Senior women. The top Goldie crew, stroked by Freddie Davidson who rowed in the 2 seat in last year’s Boat race, looked comfortable and won by a margin of nearly 6 seconds over London University. Imperial College was third overall and won the Senior men, 16 seconds behind Cambridge who won in 9:55:0.

For the women, Cambridge looked impressive stroked by Tricia Smith, new into the crew for 2018.  Meanwhile, the second Cambridge women’s boat won the Senior women’s event with a dominant lead over Thames Rowing Club in second place.

St Paul’s School, rowing on home water put in a great performance racing in the Elite men with some style. With a long pause at the end of each stroke, the schoolboy crew turned in the performance of the day finishing in 6th place overall.  In the J18 boys, Shiplake just pipped Abingdon to it by half a second and for the girls, Lady Eleanor Hollis won by 17 seconds over Latymer. The St Pauls J16 boys crew demolished the J15 St George’s College crew with some aggressive steering 100m before the line but St Paul’s lived to claim the win without penalty.

The course, which runs from Chiswick Bridge to the Harrods Depository was shortened to just short of Hammersmith Bridge for fear of rising wind speeds on the straight back to Putney just around the corner. In all, 227 crews finished the race with 4 crews penalized and the results can be found here.

Please feel free to download and share these watermarked images from Quintin Head. All we ask is that you share them with the world and credit us. If you chose to interfere with or not show our watermark please add a text credit hyperlinked back to werow.co.uk. Copyright remains with Angus Thomas/WEROW. Hi-res, watermark-free copies can be purchased upon request. 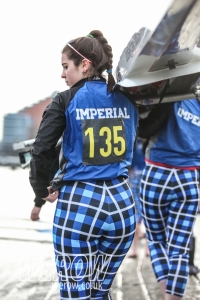 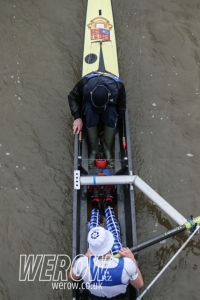